In a surprising and unexpected vote Wednesday afternoon, the Boston City Council voted overwhelmingly to give itself the power to remove a fellow councilor from the position of council president.

In normal times, the move would be a remarkable but somewhat arcane rule change, unlikely to garner much attention outside City Hall.

However, with current Council President Kim Janey serving as Boston’s acting mayor and three other city councilors competing against her in the race for a full term this fall, the timing of the change raised eyebrows.

And while council staffers stressed — both publicly and privately — that they do not foresee the body taking an unprecedented vote to recall Janey from the mayor’s office, the 10-1-1 vote Wednesday served as a reminder of the normally limited council’s unique power in the current unordinary circumstances.

“Good governance comes from collaboration, but also from accountability,” Annissa Essaibi George, one of the three city councilors and mayoral candidates who voted for the rule change, told Boston.com in a statement.

The measure was introduced Wednesday by Councilor Lydia Edwards, who repeatedly said she regretted the timing of her proposal and that it was not meant to single out Janey. Edwards’s office also said the proposal was not a reflection of her views on Janey’s performance.

“I have no indication that there is any intention to act on the new rule,” Ricardo Patron, a spokesman for Edwards, said in an email.

The two-thirds requirement is the same threshold by which the council president can move to expel a councilor if they have been convicted of a state or federal crime (though that power has been called into question by the state’s Supreme Judicial Court).

Under the new rule, councilors need no reason to vote to recall the council president. However, they would also still continue to be a member of the council, just not as its president.

Of course, those stakes are a bit higher when the council president is also running city government.

Edwards confirmed during the meeting that the rule change means the City Council could, theoretically, remove and appoint a new acting mayor.

Janey was elected council president nearly unanimously by her colleagues last year. By virtue of holding the position, she then ascended to acting mayor after former mayor Marty Walsh stepped down to become U.S. labor secretary in March. Still, while Janey now has her own City Hall staff, she technically remains council president and retains a staff to attend to constituent matters for her Roxbury-area district.

Councilor Ricardo Arroyo was the sole councilor to vote against change, arguing that the council could try to remove the president on a “whim.”

In a response to the rule change Wednesday, a spokesperson for Janey said she “respects the work and dedication of the Boston City Council and supports the right of the City’s legislative body to determine its own leadership.”

Janey’s office noted that she recently signed off on a ballot measure that was unanimously passed by the City Council to change the city charter and give power to the council in the city’s budget process.

“She is proud to set a new standard for executive leadership as Mayor of Boston and just this week signed a proposed ordinance that clears the way for greater participation by council members in Boston’s budgeting process,” Janey’s spokesperson said.

Edwards agreed that “things are going well,” noting Janey’s approval of the charter amendment and expected implementation of a housing stabilization fund for East Boston.

Still, the move comes amid increasing criticism of Janey — by fellow councilors also running for mayor but also others — over certain moves during her first two months as mayor, from her handling of the firing of former Boston police commissioner Dennis White to her plans for city employees to return to work in the wake of the COVID-19 pandemic.

Edwards said Wednesday that she wished they made the rule change earlier, but noted that — with negotiations over the city’s $3 billion budget approaching fast — the vote also potentially preempts even more contentious moments.

“We are working together well, and I think it’s those moments, when we have that, that we should put in standards of accountability, so that it’s not seen as retaliatory,” Edwards said. 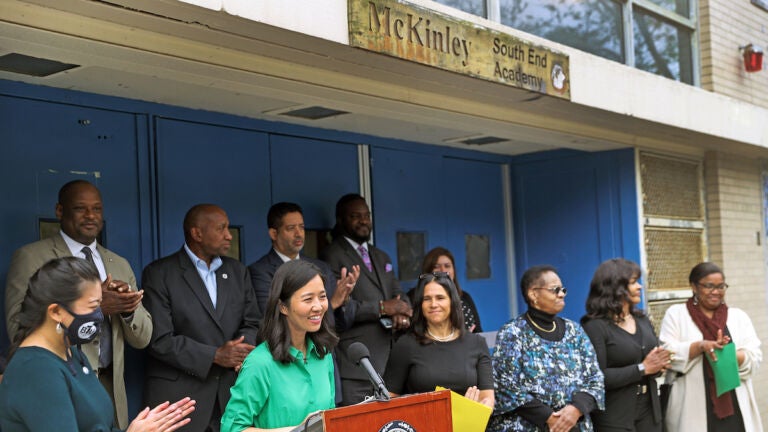