As divisions deepen within the MassGOP, seven former party leaders are calling for Chairman Jim Lyons to resign or, if he does not, for the State Committee to take action to remove him.

Together, they join a chorus of calls condemning Lyons’ inaction over anti-gay statements made by State Committeewoman Deborah Martell.

In emails and allegedly in conversation with Jeffrey Sossa-Paquette, who is running for the 2nd Congressional District seat, Martell said she was “sickened” by his decision to adopt children with his husband.

Lyons, in a statement last week, acknowledged Martell “wrote in a manner that was offensive.”

“However, Massachusetts Republican Party bylaws are clear: freedom of speech and religious liberty are values that are unbending and uncompromising,” Lyons said.

Last week, all but one of the party’s House delegation called on Lyons to either seek Martell’s resignation or to resign himself.

The former GOP leaders behind Friday’s letter said Lyons has failed to “admonish and disavow” the “bigoted” comments.

“This has tarnished the MassGOP and will create unnecessary distractions for the party’s candidates,” the letter says.

Lyons has also fallen short of his duties on several other fronts, the cohort wrote.

With $173,000 on hand, the party has failed “to raise sufficient funds to even stage a reasonable convention, much less support candidates for office,” they wrote.

Lyons has also targeted fellow Republican Gov. Charlie Baker with “open, harsh and unapologetic criticism … for not meeting a litmus test for Republicans,” they wrote.

“We are concerned the MassGOP is currently in the position of being unable to recruit new, competitive candidates, provide necessary resources, defend incumbents, and attract voter support,” the letter says.

The party did not immediately return a request for comment on the letter Friday.

The State Committee met privately Wednesday, where Martell reportedly told members she does not intend “to be bullied into resigning,” according to The Boston Globe.

Members also passed a resolution that noted intolerance and bigotry “have no place in the Republican Party of Massachusetts,” but only after the committee hammered out a watered-down version, the Globe reported.

After the meeting, Lyons told a Politico reporter the party “came out united tonight.”

But on Thursday, Lyons sent an email to party supporters disparaging the 29 House lawmakers who called for his resignation last week, alleging that they “bowed to the woke mob.”

Friday’s letter made clear the party’s one-time leaders have doubts about the future of the MassGOP.

“As we look toward the next election cycle, an unsettling picture emerges of a MassGOP unable to find new candidates willing to run, for many justified reasons,” the letter reads. “We see a party with few resources and fewer prospects unable to support its challengers and incumbents. We see the shrinkage of voter ranks even further with the application of an exclusionary policy agenda and a public perception out of step with the vast majority of Massachusetts voters.” 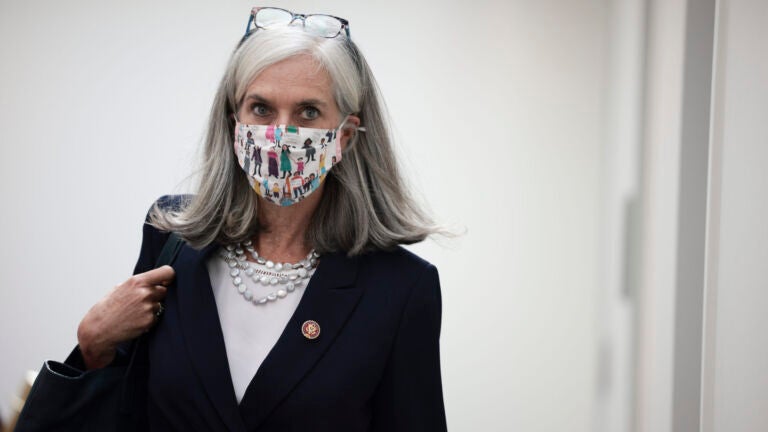