Sen. Ed Markey says that the Senate “should” work in a bipartisan fashion.

However, with a recent infrastructure deal negotiated by a group of moderate Democrats and Republicans lacking policies that Markey says are necessary to address the scope of climate change, the Massachusetts Democrat is calling on his party to move forward on the issue by itself.

During the press conference, Markey and Sen. Jeff Merkley, a fellow progressive from Oregon, joined Sen. Bernie Sanders in opposition to the narrower infrastructure bill released by a group of 10 centrist senators — five Democrats and five Republicans — last week. The two senators suggested Democrats jettison the nearly $1 trillion deal, which would spend $579 million in new money over five years, and instead pass President Joe Biden’s larger infrastructure proposal through the budget reconciliation process this summer.

“We cannot let Republican calls for bipartisanship deny the American people the climate action that they have been demanding,” Markey said, calling for a set of policies that “unleashes” electric cars and energy sources like wind, solar, and battery storage.

The Malden Democrat and longtime environmental advocate accused his GOP colleagues of “running the same playbook against climate action that they did against Waxman-Markey,” referring to the 2009 greenhouse gas emissions reduction bill that he co-authored as a House member: “Dither, delay, deny.” The bill was passed narrowly in the House, before dying in the Senate; despite Democrats’ 59-vote majority, they were unable to persuade any GOP members to support the bill in order to reach the 60-vote threshold to beat a filibuster.

Now, with a 50-50 split in the Senate (and Vice President Kamala Harris giving Democrats the tie-breaking vote), Markey suggested reconciliation, which requires a simple majority, is the path forward. His comments come after Sanders, who is quietly working on the reconciliation package, told reporters Monday that he wouldn’t vote for the bipartisan bill due to its lack of climate action and tax hikes on the wealthy.

“The GOP, or the gas and oil party, would love nothing better than for these voters to be disillusioned by gridlock and inaction,” Markey said Tuesday. “But we know better, and we’re going to do better, because climate action is both good policy and it is good politics.”

Markey didn’t name specifics when asked about which climate policies he wanted to see in the bill. According to The New York Times, there are some climate measures in the bipartisan bill, such as funds aimed at expanding electric vehicles. But even supporters, such as Sen. Mitt Romney, acknowledged that the provisions fall short of what many Democrats want, such as a clean electricity standard, which would require power companies to increase the amount of electricity they generate from renewable sources like wind and solar.

Merkley also said he “absolutely” would not support a bill without significant clean energy investments.

With three Democratic senators signaling their opposition, supporters of the bipartisan deal would have to find at least 13 Republicans willing to vote for their legislation.

Even if the bipartisan bill would be followed by a more robust package later on, Markey said he “could not” support the initial bill, unless there was some sort of “unbreakable guarantee.”

“We can’t have dessert before the main course,” he later added.

“We need roads, we need bridges, we need many other things,” Markey said. They will be part of this climate infrastructure bill, but we can’t leave the climate behind.” 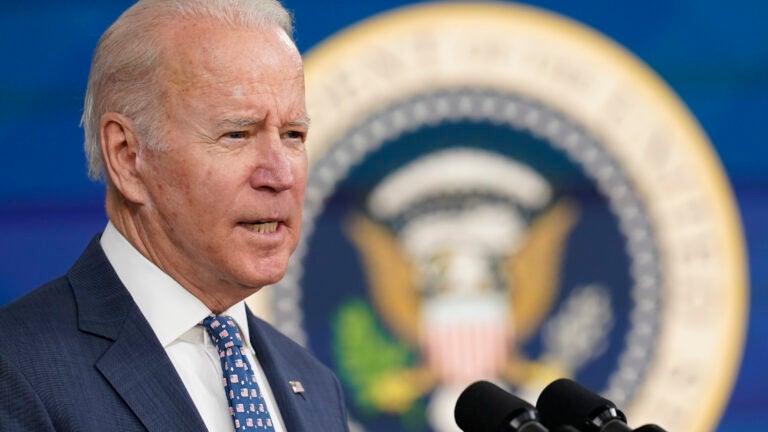