WASHINGTON – Rep. Andrew Clyde, R-Ga., who voted against awarding police officers the Congressional Gold Medal for their bravery in protecting the U.S. Capitol against violent, pro-Trump rioters on Jan. 6, refused to shake hands with District of Columbia police officer Michael Fanone on Wednesday.

Fanone was beaten unconscious after he voluntarily rushed to the Capitol to help defend it from those who breached the building. He suffered a concussion and a mild heart attack. In the months since, Fanone has been one of the leading voices pushing back against Republicans who have sought to downplay the severity of what happened Jan. 6.

Fanone, joined by Capitol Police Officer Harry Dunn, returned to the Capitol on Wednesday, the day after 21 House Republicans voted against the Gold Medal resolution, in an effort to meet them and tell his story.

He said he recognized Clyde at an elevator and that he and Dunn hopped in with the congressman.

“I simply extended my hand and said, “How are you doing today, Congressman.’ I knew immediately he recognized me by the way he reacted. He completely froze. He just stared at me,” Fanone said in an interview.

Fanone said Clyde did not motion to shake his hand in return.

He said Clyde answered, “I don’t know who you are.”

Fanone said he responded, “‘I’m sorry, sir, my name is Michael Fanone. I’m a D.C. police officer and I fought to defend the Capitol on Jan. 6.” He said he described being stunned repeatedly in the back of the neck and beaten unconscious, stripped of his badge and radio.

“His response was nothing,” Fanone said. “He turned away from me, pulled out his cellphone and started thumbing through the apps.” Fanone said Clyde turned on the camera app but did not point the phone in his direction. Fanone said he believes Clyde was trying to record audio of the encounter.

“After that, I just simply stood there,” Fanone said.

He said Clyde bolted when the doors opened.

Fanone shared his encounter with Clyde with Reps. Adam Kinzinger, R-Ill., and Eric Swalwell, D-Calif., who both tweeted about it.

“#BREAKING Officer Fanone just ran into @Rep_Clyde at Capitol (he’s the “Jan 6 was a typical tour” guy). Fanone introduced himself as “someone who fought to defend the Capitol” and put out his hand. Clyde refused to shake it. To honor Trump, @HouseGOP will dishonor the police,” Swalwell tweeted.

“I just called Officer Fanone and confirmed this story,” Kinzinger tweeted. “This is really incredible. Also relayed an interaction he had with another members Chief of Staff that was really incredibly bad and disrespectful.”

Clyde’s office did not immediately respond to a request for comment.

Clyde, in addition to voting against the Gold Medal honor, said at a hearing last month on the Jan. 6 attack that the images from the day look like a “normal tourist visit.”

Fanone did not meet any other representatives, and he said staff members were all cordial and polite, though he did confirm a run-in with James Braid, chief of staff for Rep. Matthew Rosendale, R-Mont.

Rosendale was also among the 21 Republicans who voted against the Gold Medal.

Fanone said Braid “was super confrontational” and demanded his badge number, even after he said he provided his email address and telephone number. Fanone is on leave and is not on duty. Dunn had just gotten off duty and was still wearing his uniform.

Fanone said the chief of staff “really got aggressive with Harry.”

Fanone said he told the chief of staff, “I’m simply here to schedule a meeting with the congressman to discuss my experience on Jan. 6.”

Rosendale’s spokesman, Harry Fones, confirmed that Fanone stopped by the office and met with Braid, but said it wasn’t an adversarial exchange.

Fones said they wouldn’t give their badge numbers, but Fanone, who was in plainclothes, gave his name and email address. Fones said Braid told them they could meet with the congressman soon.

“Our office intends to follow up on that promise if they reach out,” Fones said.

Kinzinger, who has been among the most outspoken in his party against efforts to challenge the 2020 presidential election results and in speaking against those who have refused to back an independent commission to investigate the insurrection, said it’s a terrible blow to law enforcement officers who risked their lives that day not to feel supported by some of the men and women they protected.

“Every now and again I think we have to be at the bottom of how low we can get,” Kinzinger said. “You don’t have to admit you should have voted for [the Gold Medal] by shaking a guy’s hand. The presence of these heroes can make some people uncomfortable.” 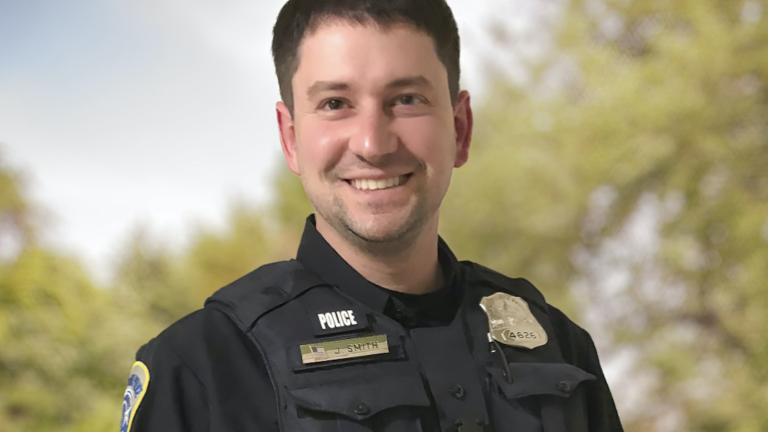