Massachusetts Democratic Rep. Seth Moulton is condemning his Republican colleagues who continue to push conspiracy theories about the deadly Jan. 6 attack on the Capitol by a pro-Trump mob.

In a Sunday interview on CNN, the congressman was asked for his response to some Republican lawmakers pushing a new conspiracy theory that the FBI organized the riot. He was also asked for his reaction after 21 House Republicans voted last week against awarding the Congressional Gold Medal to the police officers who responded to the Jan. 6 attack. The measure still passed with bi-partisan support from 406 lawmakers.

“They’re trying to whitewash history,” Moulton said. “And they are traitors. They are domestic terrorists, the people who attacked us in the Capitol, who attacked the seat of government.”

The individuals who attacked the Capitol did so with the intention of undermining the election, Moulton said.

“And frankly, if you’re aiding and abetting terrorists by your actions in the Capitol, whether it was back on Jan. 6th or with your votes today, you don’t deserve to be a member of Congress,” he said. “The oath that we take is to protect and defend the Constitution of the United States. It’s the same oath that I took as a United States Marine. It’s time for these Republicans to take that oath seriously.” 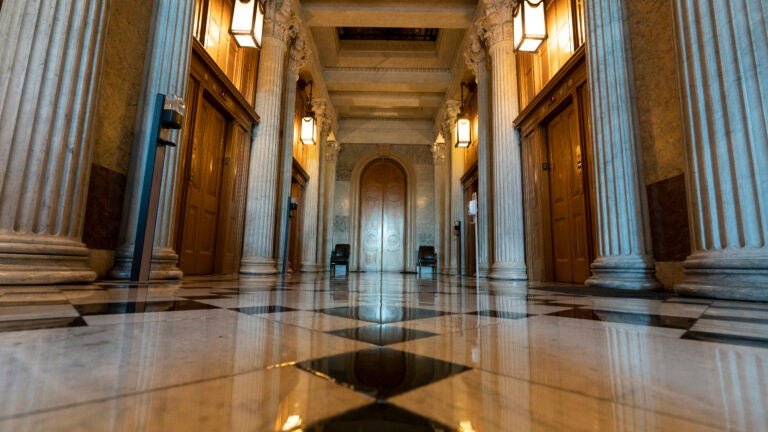