Wyoming Republican Sen. Cynthia Lummis will be the second federal lawmaker from the party to forgo a MassGOP fundraising event this month as the state party continues to face an internal battle.

Lummis is no longer making a scheduled appearance at the June 24 “chairman’s circle” event, The Boston Globe reports.

“With the Senate going into its final week before recess, and the addition of bills to the schedule, including election reform legislation, Senator Lummis needed to postpone her visit to Boston,” Kristin Walker, her chief of staff, told the newspaper. “She looks forward to traveling to Massachusetts at a later date.”

MassGOP Chairman Jim Lyons did not return a request for comment from the newspaper.

Last week, U.S. Rep. Dan Crenshaw canceled a fundraising appearance with the Massachusetts party — a move that was made because of the divisions within the state party, a person familiar with Crenshaw’s planning told the Globe.

Internal divisions in the MassGOP have been thrust into the limelight in recent weeks as the party reels over remarks made by Deborah Martell, a member of its 80-member committee. In emails and in conversation, Martell said she was “sickened” by 2nd Congressional District candidate Jeffrey Sossa-Paquette’s decision to adopt children with his husband.

Martell has since affirmed that she does not intend to be “bullied into resigning” in the wake of a wave of condemnation from party members and leaders.

Lyons has also received criticism over his inaction in response to the comments, including from nearly all of the party’s House delegation who called on him to seek Martell’s resignation or resign himself. Seven former party leaders have also said Lyons should step down.

Lyons has acknowledged that Martell “wrote in a manner that was offensive.” But he said party bylaws are clear: “Freedom of speech and religious liberty are values that are unbending and uncompromising.”

Supporters of Lyons rallied this week in a letter expressing their support, writing to former party leaders that Lyons has been “maligned, slandered, and libeled since he has been chairman,” according to the Globe.

“Chairman Lyons is being fought at every turn by Democrats, the press, the government and even some in his own party,” 28 members of the state committee wrote in a June 20 letter. “We ask that you reserve judgement of the current Chairman until you’ve walked the proverbial mile in his shoes.” 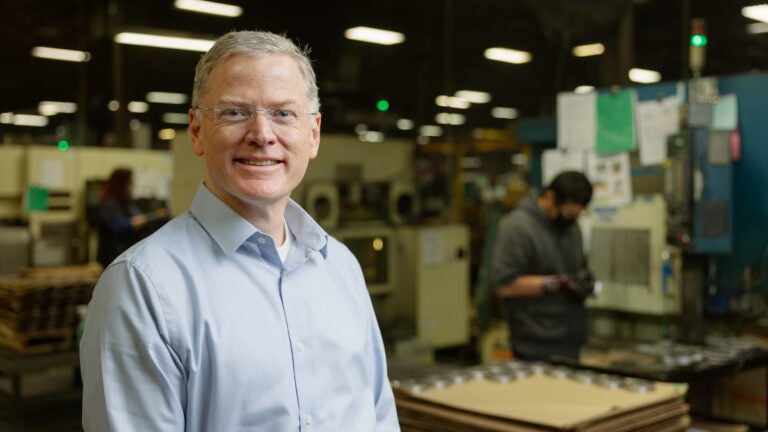