CONCORD, N.H. (AP) — More than half of Gov. Chris Sununu’s Advisory Council on Diversity and Inclusion resigned Tuesday, saying his decision to sign a state budget that limits the discussion of systemic racism and other topics has derailed the work they were appointed to do.

In their resignation letter, 10 of the 18 members said the budget provision is in direct conflict with the mission they were given in December 2017 when Sununu created the group.

“We accepted your appointment to this council out of commitment and love for this state and your stated desire to advance diversity and inclusion,” they wrote. “Given your willingness to sign this damaging provision and make it law, we are no longer able to serve as your advisors.”

Sununu had opposed an earlier version of the legislation that echoed a now-rescinded Trump administration order and sought to ban discussion of “divisive concepts” in schools. But he later backed the approved language, which would prohibit teaching children that they are inferior, racist, sexist or oppressive by virtue of their race, gender or other characteristics.

Republicans cast it as an effort to strengthen anti-discrimination laws and said it would allow the teaching of such concepts in a historical context. But Democrats argued it would prevent teaching about implicit bias and structural racism and sexism.

As part of its work, the council has spent hundreds of hours listening to residents of more than a dozen communities, many of whom have experienced systemic discrimination, members said.

“Governor, we feel obligated to inform you that — contrary to your recent public statements — systemic racism does in fact exist here in New Hampshire. You appointed us to explore these issues, and we have reported our findings to you in detail every step of the way. The pain that we heard in the voices of those who came to the meetings to convey their truths and lived experiences served as a call to action.”

Sununu said the council has been going through a “transition period” during the coronavirus pandemic and since the death in November of its chair, Rogers Johnson. Some members had already indicated they were planning to move on after the first few years of work, he said in a statement.

“There are many individuals who have expressed a willingness to join these efforts as we come out of the pandemic, and we have already started filling these vacancies with representatives from all walks of life,” he said.

The entire council had sent a letter to Sununu earlier this month opposing the budget provision, saying its ambiguous language and penalties “threaten to censor New Hampshire schools, police and other government agencies from having important conversations about race, gender, sex and ability.” But the council’s chair, Ahni Malachi, said Tuesday she will work with the Department of Justice to develop guidance that makes clear the legislation will not prohibit necessary conversations.

“Despite some misinformation out there, the new language placed as a budget amendment does not place a limit on the important discussions to be had across the state, and this new language took out the phrase ‘divisive concepts’ as it worked its way through the legislative process,” said Malachi, director of the New Hampshire Commission for Human Rights.

The council’s members also included representatives from multiple state agencies, law enforcement, educational institutions, and the American Civil Liberties Union. Nearly all of the remaining members represent state agencies; the departing members include a school superintendent, the head of an organization seeking to end homelessness and the ACLU of New Hampshire director, Devon Chaffee.

“We resign today not to stop this critically important work, but to recommit and strengthen our resolve to build an equitable and inclusive New Hampshire,” Chaffee said.

But Sununu blamed Chaffee’s organization for trying “to insert politics into an otherwise fruitful mission in addressing many issues of race and discrimination in our state.”

“These politically-charged actions will not deter the Council from advancing the good work they’ve accomplished and help move forward New Hampshire’s efforts around messaging, training programs and diversity in the workplace,” he said.

The concept known as critical race theory has become a new lightning rod of the GOP, and 26 states have considered legislation or other steps to limit how race and racism can be taught, according to an analysis from Education Week. Nine states, all Republican-led, have banned or limited the teaching of critical race theory or similar concepts through laws or administrative actions. 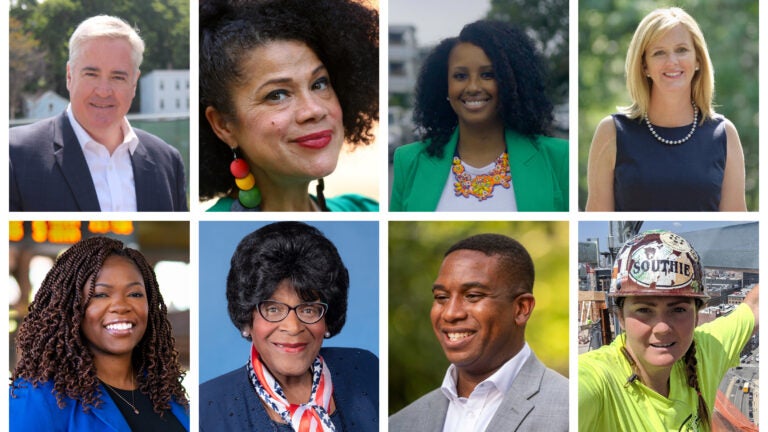