When former president Donald Trump weighed in on the criminal tax case against his business this weekend, some saw a tacit admission to the schemes the Trump Organization is accused of.

“They go after good, hard-working people for not paying taxes on a company car,” Trump said Saturday night at a rally in Sarasota, Fla. “You didn’t pay tax on the car or a company apartment. You used an apartment because you need an apartment because you have to travel too far where your house is. You didn’t pay tax. Or education for your grandchildren. I don’t even know. Do you have to? Does anybody know the answer to that stuff?”

It’s certainly valid to suggest Trump is granting that these violations might have indeed happened. Perhaps the better interpretation, though, is that Trump is mounting a defense: one of ignorance. (OK, maybe this stuff happened, but we – or at least I – didn’t know it was illegal.) And knowledge of the tax law is vital to proving tax fraud.

There is one massive problem with all of this, though. And that’s that Trump has spent years telling us he is, in fact, the world’s – and even history’s – foremost expert on the tax code.

That same month, Trump claimed, “Look, nobody knows the tax code better than I do. OK? I know it better. I’m the king of the tax code.”

That same month: “Nobody knows more about taxes than I do – and income than I do.”

And after the New York Times in October 2016 obtained a 1995 tax return that suggested Trump went to great lengths to avoid paying taxes, Trump tweeted: “I understand the tax laws better than almost anyone, which is why I’m the one who can truly fix them.”

He added two days later: “I know how the tax code works better than anyone, and I am going to fix it so it is fair, and just, and works for you and your family.”

At other points, Trump avoided placing himself in the No. 1 slot, but rather merely put himself in the rarefied air of the extreme few who truly understand the tax code.

“I’ve been saying from the beginning of this campaign how ridiculous, complex and, yes, unfair the tax system is,” he said in Colorado the day after the Times’s report. “It is an unfair system, and so complex that very few people understand it. Fortunately, I understand it.”

He added in the same speech: “My understanding of the tax code gave me a tremendous advantage over those who didn’t have a clue about it, including many of my competitors, who lost everything they had, never to be heard from again – never – they were never heard from again.”

And this continued into his presidency, particularly when it came to the tax cuts the GOP passed.

“I know more about the big bills . . . than any president that’s ever been in office,” he told the Times in December 2017. “Whether it’s health care and taxes. Especially taxes.”

Trump also said in January 2016, “I use every single thing in the book. And I have great people.”

That last one, in particular, now looms pretty large. Trump wasn’t just attesting to his own intricate knowledge of the finer points of the tax code, but also to the acumen of those surrounding him. The totality of his comments practically screams: We knew exactly what we were doing at all times, and I concerned myself with these matters greatly.

That’s an extremely far cry from someone saying he didn’t even know they had to pay taxes on perks like apartments and company cars. That’s among the most basic bits of corporate tax knowledge one could have.

And as we and many others have noted, prosecutors in the indictment suggest this was indeed rather deliberate and carefully laid out in the documents they have obtained. Essentially, prosecutors say, those documents show direct compensation for chief financial officer Allen Weisselberg, who has been indicted along with the Trump Organization, was reduced in accordance with these indirect benefits.

“For certain years, the Trump Organization maintained internal spreadsheets that tracked the amounts it paid for Weisselberg’s rent, utility, and garage expenses,” the indictment says. “Simultaneously, the Trump Organization reduced the amount of direct compensation that Weisselberg received in the form of checks or direct deposits to account for the indirect compensation that he received in the form of payments of rent, utility bills, and garage expenses.”

Trump’s past comments about his knowledge of the tax code, of course, are characteristically full of bluster. This is hardly the only thing he’s claimed to be the best or most knowledgeable about. Back in October 2016, after one of these same comments, I detailed 19 things Trump claimed he knew better than anyone else. (Among them: renewable energy, the military, debt, money and “the horrors of nuclear.”)

But, to the extent the tax violations are indeed proved and the only defense left is to claim they were innocent mistakes, you can bet these past comments will factor into the case. And should the case ever ensnare Trump personally, he seems to be laying out a preemptive defense.

It’s just a defense that bears no resemblance to pretty much everything he said before he found himself in legal hot water. 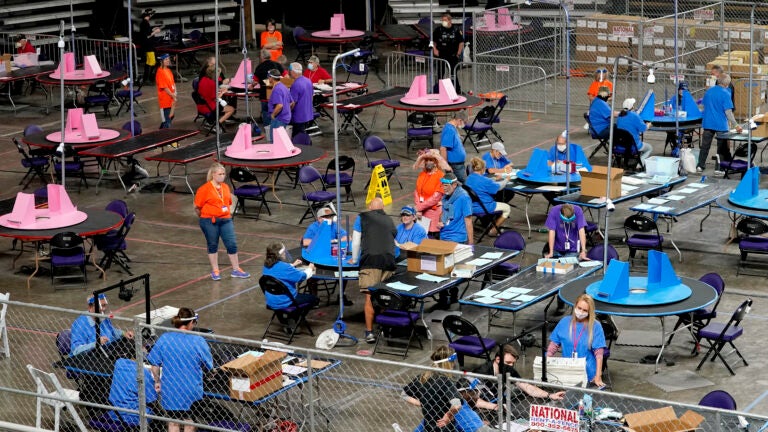