Community members and elected officials gathered outside the New England Baptist Church on Salem Street to protest a sign that reads: “MALE AND FEMALE / CREATED HE THEM / GEN 5.2 / GENDER IDENTITY SOLVED.”

“No one was demanding that the church remove the message, which is protected by the First Amendment. But members of the trans community and their allies wanted to let them know that their views weren’t welcome,” Kennedy wrote. “A party atmosphere prevailed, at least on our side…we walked in front of the church once and then stood out on the opposite side of Salem Street, waving flags and signs while motorists honked their horns in support.”

“This is a message of God’s truth and us trying to reveal it to our community,” he said. “It’s almost hypocritical that they can present their world view and we can’t.”

Medford’s LGBTQ community and allies showed up to protest the message, including nonbinary resident Jonathan Dallas.

“The sign itself isn’t being inclusive and it’s not the representation of Medford,” Dallas told WBZ. “The message encourages other people to act on it, that if you don’t belong to male or female gender like somebody like myself that’s in between… If I’m walking down the street, is someone following me and will try something.” 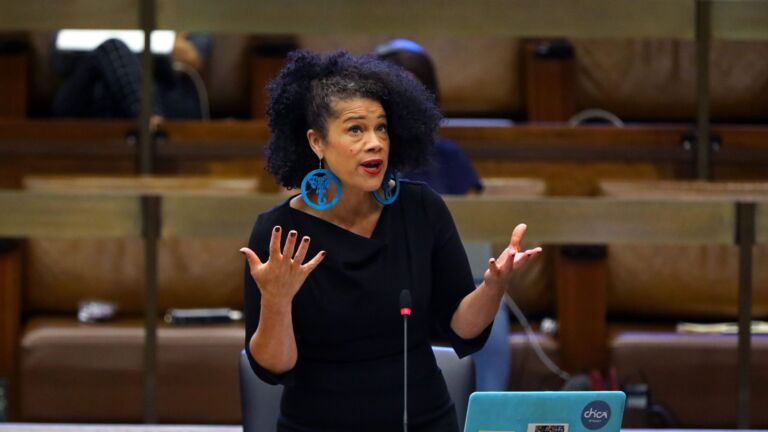