WASHINGTON – The Biden administration announced a temporary ban on evictions across most of the country on Tuesday, a move that bent to intense pressure from liberal House Democrats but that President Joe Biden acknowledged may not prove constitutional.

The Centers for Disease Control and Prevention issued a moratorium on evictions for 60 days for U.S. counties with “substantial and high levels of community transmission” of the coronavirus, according to an agency news release. About 90 percent of the country will be covered by the ban as the virus’s delta variant spreads quickly throughout the country, Senate Majority Leader Charles Schumer, D-N.Y., said in a statement.

The 19-page order lists criminal penalties including fines and jail time if someone is found to have violated the eviction moratorium.

The Biden administration had previously said it had no legal authority to extend a separate national eviction moratorium that lapsed over the weekend. A statement from CDC Director Rochelle Walensky on Tuesday evening pointed to the emergence of the delta variant and said “it is imperative that public health authorities act quickly to mitigate such an increase of evictions, which could increase the likelihood of new spikes in SARS-CoV-2 transmission.”

The administration’s move Tuesday capped a sudden and remarkable rift between Biden and his House Democratic allies, including House Speaker Nancy Pelosi, D-Calif., who pushed the administration to act. Late last week, just days before the CDC’s moratorium was set to expire, the White House issued a last-minute call for Congress to pass a law offering new eviction protections. At the time, the White House said it did not have the legal authority to do so on its own.

House Democrats responded angrily, saying such a measure was impossible to pass through Congress on short notice and pressed Biden officials to extend the moratorium unilaterally. Neither side acted, and the moratorium lapsed.

Pelosi waged a multi-day campaign to press the White House to act unilaterally. The House speaker spoke on the phone with multiple senior White House officials – including White House Chief of Staff Ron Klain, White House aide Steve Ricchetti and the president himself – to urge them to reverse course and extend the ban, according to one person familiar with the matter, who spoke on the condition of anonymity to reveal internal conversations.

Rep. Cori Bush of Missouri, who was homeless once, drew immense support from other Democrats by sleeping outside the U.S. Capitol for four consecutive nights in protest of the lapsed moratorium, sending a signal to the White House that the backlash was only growing. The White House had spent weeks trying to corral Democrats behind a big infrastructure package and there were clear signs in recent days that the party was fracturing. So after days of insisting there was nothing the White House could do, the Biden administration announced its new actions on Tuesday.

In remarks to reporters shortly before the CDC made its announcement, Biden acknowledged that the move was likely to be subject to court challenge and appeared to express doubt about the legality of the move. He even said scholars he consulted felt the measure was probably not constitutional.

“I have been informed [the CDC is] about to make a judgment as to potential other options. Whether that option will pass constitutional measure with this administration, I can’t tell you. I don’t know,” Biden said. “The bulk of the constitutional scholarship says that it’s not likely to pass constitutional muster. . . . But there are several key scholars who think that it may and it’s worth the effort.”

Biden also suggested that announcing a new moratorium, even if it was struck down in court, would help give the administration time to disburse rental assistance to tenants in need. Biden said initially his administration was “under the impression” that states were moving swiftly to distribute the funding, even though tens of billions of dollars remain unspent.

Schumer and Pelosi were briefed by the CDC and Health and Human Services Secretary Xavier Becerra on the new eviction moratorium on Tuesday afternoon, according to an official with knowledge of the call who spoke on the condition of anonymity to confirm it.

White House officials said as recently as Monday that there was nothing more that could be done legally to extend the eviction moratorium.

“On this particular issue, the president has not only kicked the tires; he has double, triple, quadruple checked,” Gene Sperling, a White House official helping to coordinate the response to the pandemic, told reporters on Monday. “He has asked the CDC to look at whether you could even do targeted eviction moratorium – that just went to the counties that have higher rates – and they, as well, have been unable to find the legal authority for even new, targeted eviction moratoriums.”

While intended to stave off evictions, the measure could also drive thousands of minor landlords to bankruptcy. Patrick Newton, spokesman for the National Association of Realtors, said roughly half of all housing providers are “mom and pop operations” that could be jeopardized by the disappearance of tenant payments.

“Without rental income, they cannot pay their own bills or maintain their properties,” Newton said.

Republicans are expected to oppose the move. Conservatives said the CDC’s order could exacerbate housing shortages by taking funding away from housing developers, which they said would in turn reduce their incentives to build.

The rift between the White House and House Democrats over the expiration of the eviction moratorium had escalated earlier Tuesday as Pelosi ruled out bringing lawmakers back from their recess to address the issue through new legislation.

On a private call with Treasury Secretary Janet Yellen and House Democrats, Pelosi said the consensus of the caucus was that the House should not come back from its recess and that lawmakers should focus on urging the Biden administration to extend the moratorium unilaterally, two people familiar with the conversation said. The people spoke on the condition of anonymity to describe a discussion that was meant to remain private.

Pelosi’s comments sent a clear signal to the White House that Congress was not going to act and that it would be up to the Biden administration to take unilateral action on evictions.

Also on the call, Yellen fielded lawmakers’ questions about delays in disbursing more than $46 billion in emergency rental assistance approved by Congress. Despite the expiration of the moratorium over the weekend, the Treasury Department has struggled to get funding out the door to renters in need – with recent administration estimates suggesting only a fraction of it has been released.

Data from Moody’s has shown more than 6 million Americans are behind on rent, and local housing organizers fear an uptick in eviction proceedings as the moratorium lapses.

Sperling told reporters on Monday that the administration was pushing state and local officials to enact their own eviction moratoriums, as well as pushing federal agencies such as the Agriculture Department to extend eviction moratoriums where possible. Sperling also announced an “all-agency review” to learn why state and local governments are not getting funding out.

It is not clear how much more the Treasury Department can do to accelerate the distribution of funding.

“States and cities need at least another couple months to get this money out, and there’s no sticks or carrots Treasury can wield to make that happen faster. What we need is time,” said Paul Williams, a housing expert and fellow at the nonprofit Jain Family Institute and the author of an analysis on the current crisis.

The administration had said its hands are tied by an opinion from Supreme Court Justice Brett Kavanaugh saying any further extension of the moratorium would need congressional approval. But some experts argued the administration should still try to fight for it in court, noting Kavanaugh’s concurrence – written before the delta variant renewed fears about the impact of the coronavirus on renters – also pointed to the need to get rental relief disbursed.

Rachel Lazarus, legal aide attorney in Gwinnett County, Ga., said she hopes extending the moratorium will convince more landlords to work with existing financial aid programs, rather than try to evict tenants and replace them with new ones. She said the order may help thousands of renters stay in their homes in her area alone.

“We were gearing up for a lot of people in desperation saying they don’t have anywhere to go and having very little assistance for them,” Lazarus said. “When I saw this, I was very relieved.” 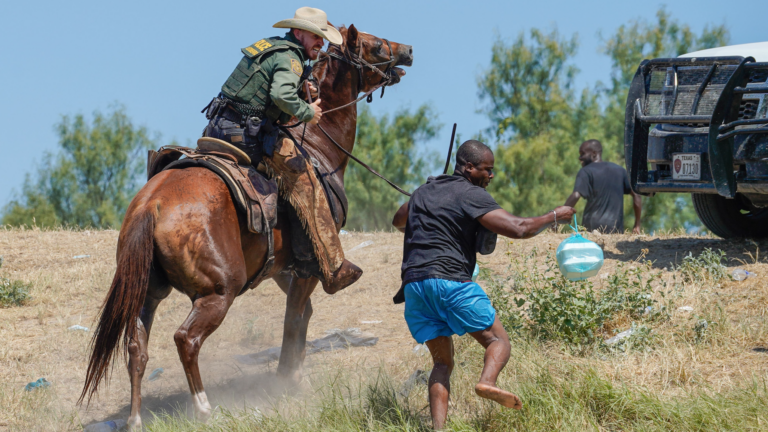