Gov. Charlie Baker strayed from his focus on all things Massachusetts on Tuesday to criticize the chaotic evacuation of American troops and allies from Afghanistan as Taliban leaders swiftly overtook control of the country’s capital.

While the Republican governor did not specifically name who his criticism was directed at, Baker tweeted Tuesday that the “mismanagement that led to the catastrophe unfolding in Afghanistan has needlessly endangered Americans and our allies.”

“I am deeply thankful for the men and women who have fought to protect the homeland and pray for the safety of all those now serving,” he wrote.

Baker, who once opposed allowing entry to Syrian refugees in the midst of their own respective civil war, added that “Massachusetts is ready to assist Afghan refugees seeking safety and peace in America.”

The two tweets are the first time Baker has commented on the turn of events in Afghanistan, though he also “liked” a tweet from a prominent local veteran saying he was “sorry” that fellow veterans “have to watch this nightmare.”

In the wake of the Taliban’s swift return to power, national Republicans have piled on President Joe Biden, who said last month that the current scenario was “highly unlikely,” for the Democratic administration’s handling of the withdrawal.

In a speech Monday afternoon, Biden stood by his decision to pull American troops out of Afghanistan by the end of the month and blamed the collapse of the Afghanistan military on the country’s leaders. Local Democrats in Massachusetts have echoed that sentiment, shifting the focus to the evacuation and resettling of Americans, allies, and Afghan residents who fear for their safety under a Taliban regime.

“Every Afghan I know, who fought alongside our troops, risked more and sacrificed more than most Americans ever will,” Moulton said. “I would love to have them as neighbors.” 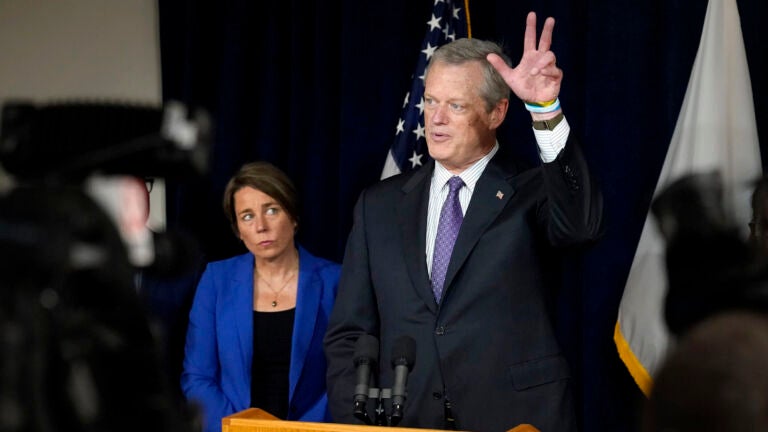