Acting Mayor Kim Janey’s administration on Wednesday said it will amend what some of her fellow mayoral hopefuls characterized as a concerning lack of early voting polling locations in several neighborhoods.

As first reported by the Boston Herald, the Elections Department’s plan for where it would offer early voting for the Sept. 14 preliminary and Nov. 2 general municipal elections did not list ballot boxes in Roslindale, the Seaport, Chinatown, and sections of Dorchester.

City councilors — three of whom are running against Janey this fall — learned of the disparities on Tuesday, a day before the City Council was poised to vote to accept the rules.

“Strange how my whole home neighborhood was cut from the early voting map—Roslindale is the only large neighborhood missing,” City Councilor Michelle Wu wrote in a tweet.

John Barros, the city’s former chief of economic development who is also running for mayor, chimed in: “Funny you point this out, 02125 seems to be missing as well. I’m skeptical this is a coincidence.”

Mayoral hopeful and City Councilor Andrea Campbell also tweeted: “The city has a responsibility to put equity before politics.”

At Wednesday’s council meeting, councilors received an updated notice from Board of Election Commissioners Chair Eneida Tavares, in which Tavares wrote she is “committed to providing in-person early voting locations in … Roslindale, South Boston Waterfront, Chinatown, Mission Hill, and the Uphams Corner area of Dorchester.”

“I believe every Boston resident should have access to early voting in, or near, their neighborhood,” Janey wrote in a tweet. “I have asked the bi-partisan Board of Elections Commissioners to take another look at their proposed schedule to make sure early voting is accessible across the City of Boston.”

The council voted to accept the changes.

“I especially want to thank our Elections Department and all of the elections workers that are involved with this, and (I’m) just feeling very excited heading into this knowing that we were able to speak up and make a difference here,” Wu said.

Barros, in a tweet, said it was “unfortunate Acting Mayor Janey’s first early voting plan limited access to so many communities.”

“I’m happy to see that after so many voices raised concerns that this has been amended, and every Boston voter will have a early voting location in their neighborhood,” he said.

City Councilor Julia Mejia praised the city for making the additions to early voting locations, but also lamented that the council’s unanimous support last year for placing a ballot box outside the South Bay House of Corrections has gone unfulfilled.

“There’s still work to be done,” she said. 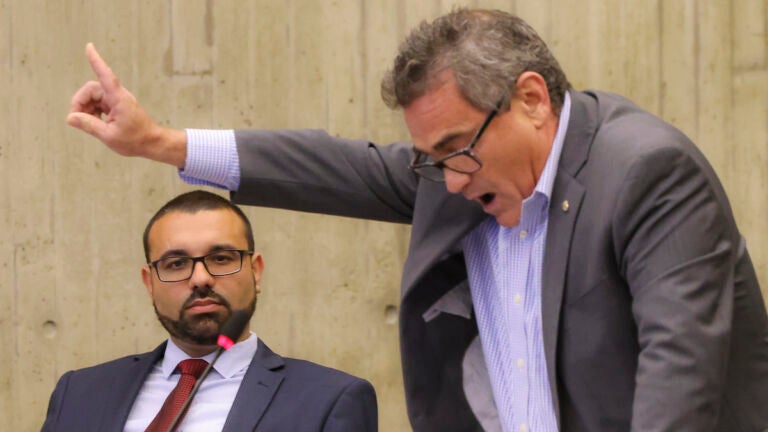