Despite being rebuked by White House officials and fellow Democratic leaders, Rep. Seth Moulton is defending his secret trip to Afghanistan — and suggested he’d do it again if it helped more families flee the country amid the Taliban takeover.

“If I could get on a plane to figure out how to save a few more families, then, I’m sorry, Chris, I’m going to do that,” Moulton told Chris Cuomo during a CNN appearance Thursday night.

The Massachusetts congressman and former Marine had initially said that the covert trip to Kabul with Rep. Peter Meijer, a Michigan Republican and fellow veteran, was to provide oversight on the efforts to evacuate Americans and allies ahead of the withdrawal of international troops at the end of the month.

However, anonymous officials in President Joe Biden’s administration and some members of Congress sharply criticized the trip as a publicity stunt and distraction to military members that “helps no one.”

During the interview Thursday night, Moulton said he did ironically learn during the trip how members of Congress like himself were already serving as a distraction.

“I learned that all the work that my colleagues and I have been doing in Congress, where we think that we’re helping these troops by sending names forward, even though we can’t get answers, that’s actually what’s distracting them from the mission,” he said.

Last week, before his trip, Moulton said he “stayed up all night one night” sending “hundreds and hundreds of text messages” to Afghans, troops, and advocates in the United States in an effort to help four families in Afghanistan escape. Ultimately, he said he was able help one of the families get out.

“There’s no system in place, to handle these thousands upon thousands of requests from individuals all over America, through congressional offices, to get Afghan friends that they know,” Moulton told Cuomo.

During a separate interview Friday morning, Moulton told CBS that there were “several families that we got over just by being there.”

“But I don’t care what people in Washington say,” he said. “The people on the ground, I mean, literally were hugging me, thanking me for coming, because America needs to know what’s going on there.”

Moulton noted that, as a Marine in Iraq, he felt “abandoned by Congress,” because “people in Washington were making decisions that cost lives — that cost lives — and they didn’t know what was going on on the ground.”

During the trip, Moulton said he also learned that refugee camps didn’t have enough food and water “because administration lawyers are preventing donations”

After calling for evacuations to begin earlier, Moulton also said that, as much as he wanted to extend the Aug. 31 withdrawal date, he learned from the trip that it would be better to exit as scheduled and maintain a working relationship with the Taliban after leaving to continue evacuations.

“I thought that being on the ground would be the best place to advocate for [extending the withdrawal date],” Moulton said.

But, he added, that, “because of this crazy relationship we have with the Taliban, we can’t afford to do that.” 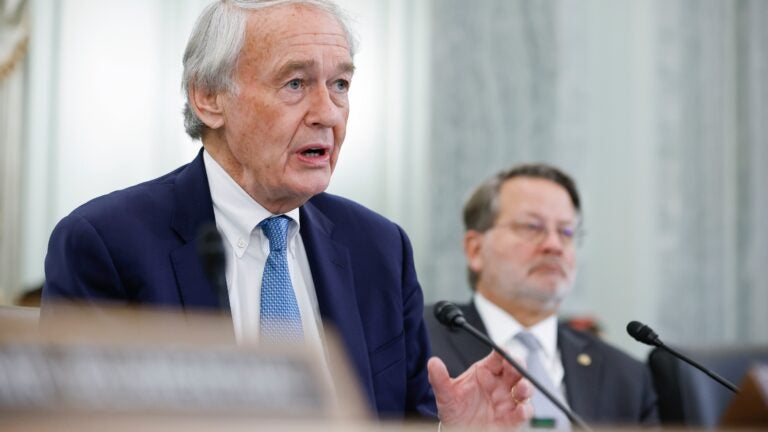