There sure is a lot to love about Boston.

But what about the places in the City on a Hill that haven’t won your heart?

Bostonians have had their own choice picks over the years: There’s the popular-to-hate City Hall, with its controversial brutalist architecture. The former John Hancock Tower, now 200 Clarendon St., was mocked for years with its wide array of construction woes, including the infamous falling window panes.

So what is the least favorite place in the city for potentially its next mayor?

Scroll down to answer the question for yourself in our reader poll.

Four candidates — which included city councilors Michelle Wu, Andrea Campbell, and Annissa Essaibi George and the city’s former chief of economic development John Barros — who are usually quick to point out what is lovable about the Hub, were asked that question on Monday during an online forum hosted by the Boston Society of Architecture and moderated by Liz Neisloss, a reporter for GBH news. (Acting Mayor Kim Janey was not present at the forum.)

“What is a place that just doesn’t work? A place that’s really ugly and you want to change?” Neisloss asked.

“So, I can’t think of a place in the city that I dislike. I think that it’s important that everyone is able to experience the places across our city and if their experience isn’t good, that’s what we need to change.

“You know, we’ve got a beautiful city with great things happening here, and every inch of it, to me, is beautiful. It is about the experience that sometimes our residents are unable to have in places.”

“First, as I’ve been saying, I will fight anyone who doesn’t like City Hall. Protect it. Make it energy efficient. Open it up. But one pet peeve is the [City Hall] plaza and the sort-of sheer brick walls that really close people off from the streetscape — a low-hanging fruit for us to fix.

“Widett Circle is another area where you can just see the potential for the city to do something remarkable and transformational. (It’s) currently a leaking, flooding tow lot and some parking lots.

“And then, in the Seaport, again, just my heart hurts when I’m there because I see what we missed out on having had the chance to do, and so many of the sort-of public spaces that you can’t tell are public or are walled off from the water. We could have done a lot better and we have the chance to really get it right along the harbor in other ways now.”

“The place that I want to change, Liz, is Mass. and Cass.

“I went to my, sort-of like places I’m going in Boston today and not feeling good about. It’s Mass. and Cass: It’s the people; it’s the trash; it’s the human feces on the floor. That’s all about how we use the place, and right now, that is saying something really bad about us as a city. It is saying something really bad about us taking care of those who are most vulnerable — and that’s the place, day one as mayor, that I will hit the streets on because I’m there today to make sure that we change.”

“I’m on the record calling City Hall, ‘a hot mess,’ and so [I would say] a lot more to do with City Hall to be more inviting to our residents, and to make sure that the city employees that work so hard are also able to connect in that space. And so a lot more to do there.

“And then I just have to just echo what John [Barros] said. You know, I grew up on Mass. Ave. It is painful and tragic what is unfolding, and I appreciate him lifting it up because it is the public health crisis that needs immediate attention long before this next election. And so we’ll keep fighting, in partnership with everyone on here, to have an impact in that area.” 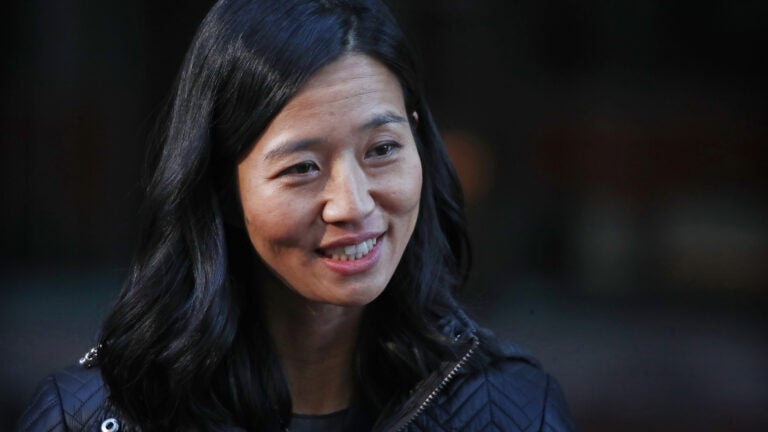