Scott Brown may be re-entering the political arena, but now it’s his wife who’s reportedly looking to run for office.

WMUR reported Monday evening that Gail Huff Brown, a former TV reporter and wife of the former Massachusetts senator and U.S. ambassador to New Zealand and Samoa, is considering a run for Congress in New Hampshire.

According to WMUR, Huff Brown has been encouraged by fellow Republicans to join the five-way GOP primary to take on Rep. Chris Pappas, a second-term Democrat, for the state’s 1st District seat.

“Like many Granite Staters, I am deeply concerned about the direction of this country,” Huff Brown told WMUR in a statement, confirming that she is considering a run.

“I’ve long believed in the importance of public service and flattered that I’ve been approached about continuing my service in a different role,” she added.

The 59-year-old moved to New Hampshire in late 2013 ahead of her husband’s unsuccessful 2014 run for Senate; after selling their home in Wrentham, the couple made a house they own in Rye their permanent residence.

A former longtime WCVB reporter, Huff Brown resigned from the Boston station shortly after her husband won the 2010 special election to replace the late Sen. Ted Kennedy. Since moving to New Hampshire, she has freelanced for local outlets and worked in real estate.

While at WCVB, Huff Brown had an agreement with the company not to cover stories that could impact her husband’s electoral fortunes, and her potential congressional platform remains unclear.

According to WMUR, she joins a field of a generally conservative, pro-Donald Trump candidates all under the age of 35, including Matt Mowers, who lost to Pappas in 2020.

Huff Brown’s interest in the race comes less than three weeks after her husband resigned as the dean of New England Law Boston, citing plans to get involved again in electoral politics. That news immediately sparked speculation that Brown was considering another run. However, sources close to him quickly shut those rumors down, saying he had no plans to run for political office.

“In the months ahead, I look forward to re-engaging in the political arena in support of candidates and causes who share my vision of rebuilding the Republican Party and moving our country beyond the partisan gridlock,” Brown wrote in his resignation letter.

Apparently, those candidates could include his wife. 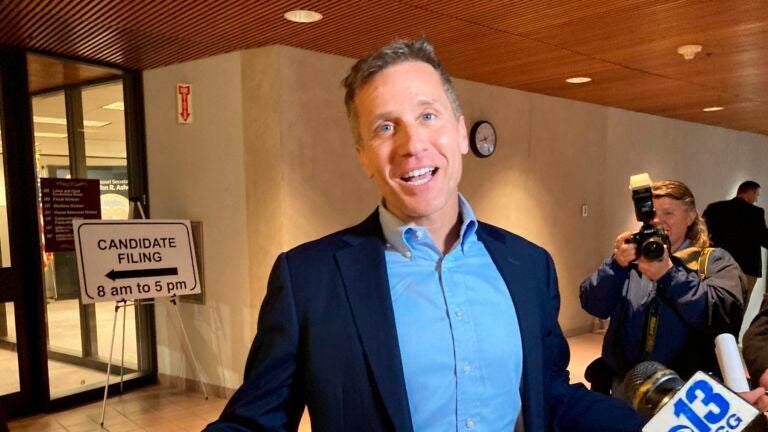 What to watch in primaries in Arizona, Michigan, elsewhere