Massachusetts state Sen. Joe Boncore is stepping down to lead a trade group representing the booming local biotech industry — and leaving a wide open race for his Boston-area district seat in his wake.

After weeks of anticipation, the Massachusetts Biotechnology Council announced Wednesday that it had selected Boncore, a Winthrop Democrat and Senate chair of the legislature’s transportation committee, to serve as its new CEO.

In a press release, MassBio said Boncore will formally submit his letter of resignation to the Senate next week and begin work at the lobbying group in mid-September. The 39-year-old state senator is replacing Bob Coughlin, a former state representative and member of Deval Patrick’s administration, who stepped down as MassBio’s CEO last December to join a local real estate firm.

After seven months and 150 candidates, MassBio said that Boncore’s “personal and professional background” made him the right candidate. In a statement, Boncore noted that he spent more than four months in the newborn intensive care unit with his twins, who were born prematurely after just 25 weeks of pregnancy, and “saw every day the power of this industry and the hope that innovation can provide.”

“It’s an honor to join such a renowned organization and one where I am so passionate about the mission,” Boncore said.

The news Wednesday officially kicks off the special election race for his First Suffolk and Middlesex state Senate seat, which stretches along the banks of the Charles River in Cambridge through downtown Boston and East Boston up to Revere and Winthrop.

In fact, even before Boncore’s resignation was announced, some well-known elected officials had already entered the fray.

Boston City Councilor Lydia Edwards, who ran for the Senate seat in 2016, announced on Aug. 19 that she planned to run for Boncore’s seat.

“As he explores the next chapter of his career, I am prepared to begin mine,” Edwards, an East Boston Democrat, said at the time, adding that she “will be a candidate for Senate this fall.”

As a city councilor, Edwards said that much of her advocacy around affordable housing and development has been “stopped by a lack of good laws,” at the state level.

“I want to be able to do more for more people,” she told The Boston Globe.

Anthony D’Ambrosio, a 25-year-old Yale graduate and Revere School Committee member, also announced — the same day as Edwards — that he would run for Boncore’s seat. Pointing to his recent work as a financial analyst, D’Ambrosio said he was focused on preparing local students to work in America’s growing technology industry, and addressing the “raging income disparity problem that our community faces.”

“I’m running because it’s time for a new generation of outsiders to upend business as usual on Beacon Hill,” the Revere Democrat said.

According to Politico, state Rep. Adrian Madaro, an East Boston Democrat, has also been widely expected to enter the race.

When the actual election will be held is still yet to be determined; the Senate has to wait until Boncore actually formally resigns to schedule it.

And since Boncore doesn’t plan to submit his resignation until next week, it likely won’t be held until “early 2022,” according to Secretary of State Bill Galvin’s office.

“It would be difficult to fit the special election in before December if the election cannot be called this week,” Deb O’Malley, a spokeswoman for Galvin, said in an email Wednesday, citing deadlines for filing nomination papers and the time needed to allow candidates to gather the 300 signatures to qualify for the ballot.

Given the rare chance to run for an open state Senate seat, the longer wait also means more time for other political hopefuls to potentially enter the race, too. 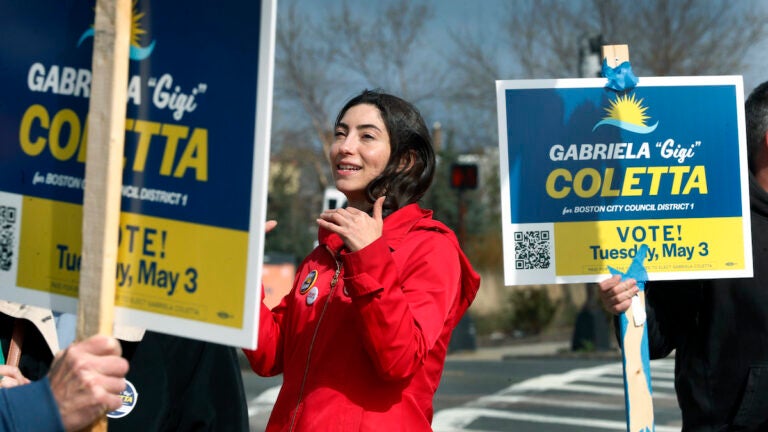