Julia Mejia, 51, is an incumbent at-large City Councilor. She was elected in 2019 and was the first Afro-Latina on the Boston City Council. When she was 5, she immigrated from the Dominican Republic to Dorchester, where she lives now.

Mejia attended Mount Ida College after graduating Boston Public Schools. She is a single mom and lives with her daughter, Annalise Cooper.

I’m running for City Council At-Large because the same obstacles that I have faced throughout my life are the same obstacles that people are facing every single day. From housing to education to public safety and more, we’ve been having the same conversations in this City for decades, and it’s time that something has changed. I’m proud to say that in my time as City Councilor At-Large, we have disrupted the narrative of what it means to be an elected official, bringing people to the table who have never been involved before and leading with their ideas and their interests. As an elected official who won her seat by one vote, and whose first term has been defined by the COVID-19 pandemic, I have learned firsthand what it takes to respond to the needs of the people and center them in that work, because we are public servants. The people are not obstacles to the work, they are crucial for all levels of decision-making and our office has the capacity and the leadership to ensure that all means all in the City of Boston.

Our office has been leading on the major issues that impact our city, and doing so in a way that centers the voices and the lived experiences of residents, advocates, small business owners, nonprofits, and more. At a time when more than 87% of voters want a chance to select at least some of the school committee’s members, our office co-sponsored a Home Rule Petition to bring back the elected school committee. When we heard that residents who speak languages other than English were having a hard time accessing translated and interpreted materials, our office passed a revolutionary language access ordinance that ensures that documents released in languages other than English are released at the same time as they are in English. When the murder of George Floyd sparked nationwide protest, our office co-sponsored a Civilian Review Board with youth representation. For us, it’s not just about legislation; it’s about ensuring that, as Congresswoman Pressley says, the people closest to the pain are closest to the power.

In our first term as City Councilor At-Large, we focused our priorities on three important things: Economic Empowerment, Civic Engagement, and Civil Rights. You can see these priorities in our work. In our first term, we passed an ordinance that allows people to prepare certain foods in their home for retail profit, known as Retail Residential Kitchens. This not only introduces culturally competent foods into neighborhoods that often lack access to nutritious food items, but it allows entrepreneurs who can’t afford a brick-and-mortar to set up shop in their home. With Civic Engagement, our office has worked to ensure that the voices of the people are centered in all levels of decision-making, especially as it relates to our city budget. This year, we traveled across the city — to barbershops, hair salons, schools, etc. — to educate folks about the budget and to ask them what their priorities are. Finally, as the Chair of the Civil Rights Committee, we have worked with advocates and residents to ensure that we are upholding the civil rights of all people. This includes filing a resolution urging the MBTA to remain open during times of protest and speaking out against ICE raids in our city.

​​I’m a single mom, a community activist, an immigrant to this country, and I’ve got the biggest mouth on the City Council. Because as elected officials, especially during COVID-19, we have the lives of our residents in our hands, and we can’t risk playing politics as usual. I am an At-Large City Councilor, which means I am fighting for all 675,000 residents in the City of Boston. And even if we may disagree on certain issues, know that I am still here to fight for you, because that’s what all means all is all about.

Since I’ve started working at City Hall, I’ve fallen in love with El Recreo coffee, which has a cafe in West Roxbury. But outside of that, I normally get a medium hot latte and five sugars from Dunkin’s. 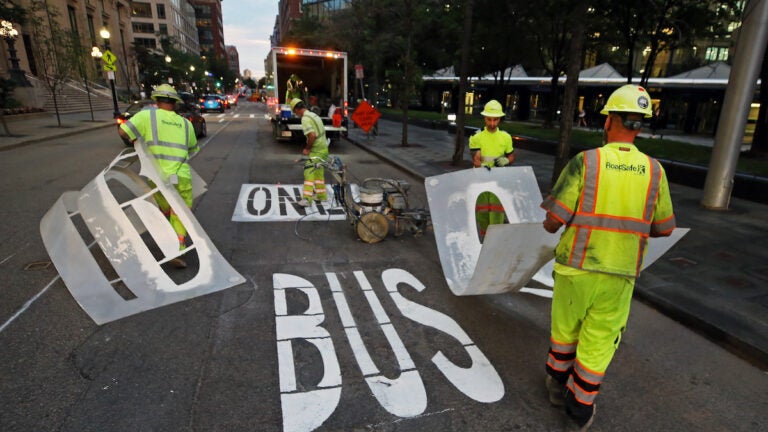