Somerville Mayor Joe Curtatone won’t be running for Massachusetts governor — at least not next year.

After he leaves office at the end of his term this winter, Curtatone will step into the role of president of the Northeast Clean Energy Council, the clean energy industry group and lobbying outfit announced Wednesday.

The move is set to come at the end of the outspoken 55-year-old Democrat’s record 18 years as mayor of Somerville, during a time of dramatic change and development for the liberal 81,000-person city. Curtatone announced in March that he would not seek a 10th term, partially citing the exhaustion of the COVID-19 pandemic.

NECEC, a 15-year-old Boston-based group, says its mission is to help clean energy companies across New York and New England “start, scale and succeed.” According to its website, the group advocates for a range policies, from offshore wind to clean energy incentives and financing to solar and net metering.

In a statement, Curtatone said his goal with NECEC is to “forge an ecosystem of allies and stakeholders to take on the challenge of our times, which is tackling our climate crisis with urgency while strengthening our economy and delivering positive social impact.”

“One of the big things I put into practice as a mayor was the intersectionality of everything: schools, parks, transportation, public safety, public works, the local economy, climate action,” Curtatone said.

“I’m a systems thinker and a regionalist,” he continued. “We’ve built coalitions to work together across those issues, bringing a broad swath of people together to effect real, sustainable change. Well, everything intersects with climate tech and clean energy. This is the future of our economy, healthcare, education, transportation. It touches every aspect of how we live, work, play and raise a family.”

Curtatone will succeed current NECEC President Peter Rothstein, who said the group “has the potential for much greater impact in the coming years,” and that Curtatone “will drive this next era of growth for the organization as it works to accelerate the Northeast’s clean energy transition.”

NECEC, which began its search for a new leader in March after Rothstein announced plans to step down after 11 years, cited Curtatone’s relatively early commitment in 2015 to set Somerville on the path to achieve net-zero greenhouse gas emissions by 2050. The group also noted that Curtatone worked to increase the city’s use of electric vehicles, installed free EV charging stations around the city, and advocated for public transit projects like the MBTA’s Green Line Extension and a new T stop in Somerville’s Assembly Square.

“In my line of work it is rare to come across a leader like Joe Curtatone–a leader who takes the time to understand the [issues] of working people in his community, prioritizes intersectionality in every solution, and who always thinks multiple steps down the road about where we need to go,” Markey said.

Curtatone will begin work at NECEC in January, the group said.

In an interview with The Boston Globe, Curtatone confirmed that he won’t join the field of 2022 candidates for Massachusetts governor, but didn’t rule out a run of higher office down the road.

“I haven’t lost one ounce of passion for public service,” he said. “Never say never.”

The next question is who will replace Curtatone as Somerville mayor.

The preliminary election to narrow the field to two candidates is Sept. 14, with early voting already underway. 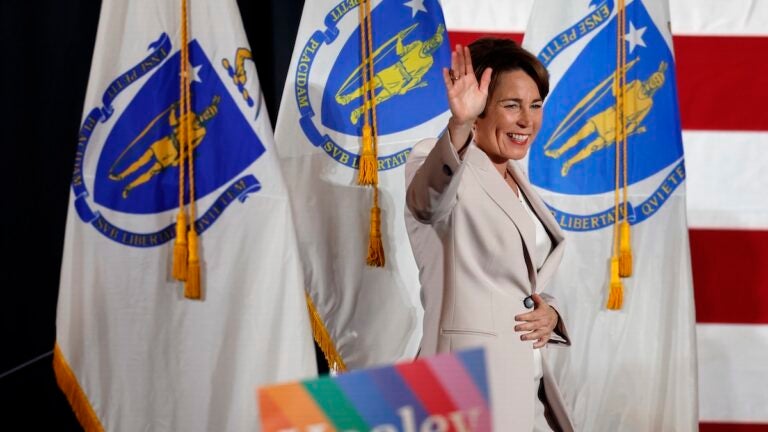