When a reporter confronted Texas Gov. Greg Abbott with a tough question about how the state’s new law banning abortions after six weeks of pregnancy will affect victims of rape and incest, the Republican swiftly vowed to eradicate sexual assault in the Lone Star State.

“Rape is a crime, and Texas will work tirelessly to make sure that we eliminate all rapists from the streets of Texas by aggressively going out and arresting them and prosecuting them and getting them off the streets,” Abbott said on Tuesday.

The promise was not received well by many critics of the law, which effectively bans most abortions in the state. There are no exceptions to the six-week rule for victims of rape or incest.

“I would love to see Texas address violence against women, but that is not what this bill does,” Rep. Lizzie Fletcher, D-Texas, told MSNBC on Tuesday. “It’s kind of this magical thinking that’s typical of [Abbott’s] approach to governing, that he’ll give an answer that is really untethered to the reality of what he’s doing.”

The abortion ban has faced significant criticism since the U.S. Supreme Court declined to block the law from taking effect last week. President Joe Biden slammed the court’s decision, and several prominent Democrats have said they will consider federal measures to secure access to abortion nationwide. The Justice Department committed to explore legal avenues to challenge the ban.

Some local governments have also pushed back against the Texas law, including Portland, Ore., which announced a plan to sever contracts worth up to $7 million per year with Texas-based businesses, the Oregonian reported.

Fletcher said she would support efforts to prioritize victims of sexual assault in Texas, which reported more rapes than the national average in 2019, by putting resources toward rape kit backlogs and other measures to combat violence. But the congresswoman said she questioned the sincerity behind Abbott’s Tuesday comments about rapists.

“Wait,” Wu said in a tweet mocking Abbott’s answer, “Governor Abbott had a solution to end all RAPE and he sat on it until now?”

Abbott also defended the controversial abortion ban as early as six weeks of pregnancy by insisting that rape and incest victims would have sufficient time to terminate unwanted pregnancies.

“Why force a rape or incest victim to carry a pregnancy to term?” a reporter asked Abbott on Tuesday.

“It doesn’t require that at all,” the governor answered, “because, obviously, it provides at least six weeks for a person to be able to get an abortion.”

The exchange between Abbott and the reporter sparked a day’s worth of backlash. Democrats in Texas and across the country derided the governor for ignoring the biological reality that most women do not find out they are pregnant until they are four weeks or more into a pregnancy.

“Greg Abbott is lying,” Julián Castro, former Housing and Urban Development Secretary who served as mayor of San Antonio, said in a tweet on Tuesday. “Many women don’t even know they’re pregnant by the 6-week mark when abortion is outlawed in this bill. Rape and incest victims would be forced to carry a pregnancy to term at that point – or face civil lawsuits for getting an abortion.”

Other critics were similarly doubtful that the six-week deadline would give people enough time to recognize a pregnancy and set up an abortion.

“He speaks from such a place of deep ignorance, ignorance that is hurting people across this country,” Rep. Alexandria Ocasio-Cortez, D-N.Y., said in an interview on CNN Tuesday night. “Six weeks late means two weeks late for your period. And two weeks late on your period for any person with a menstrual cycle can happen if you’re stressed, if your diet changes or for, really, no reason at all. So you don’t have six weeks.”

Another Democrat from New York, Sen. Kirsten Gillibrand, suggested expanding federal abortion protections to stop laws like the one in Texas.

“Abortion rights shouldn’t be in the hands of men like Abbott who don’t care about the impossible situation they’re putting survivors in,” Gillibrand said in a tweet on Tuesday. 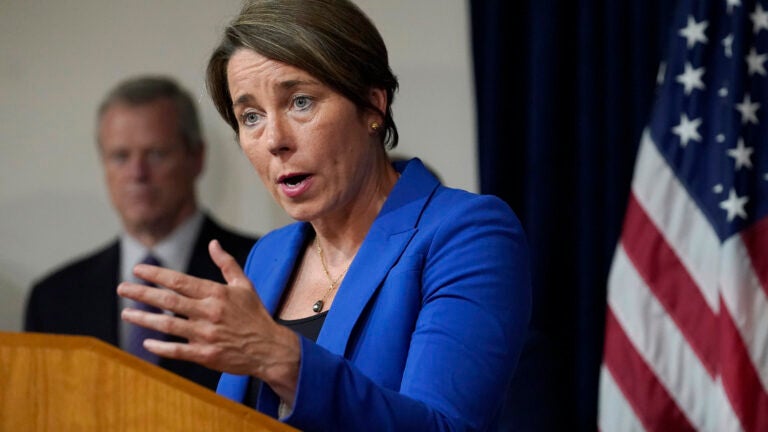