Candidates squared off over issues of public health, housing, and education at the second mayoral debate of Boston’s historic mayoral race.

After the candidates faced off in the first televised debate of this mayor’s race on Wednesday, they geared up for another night of tough questions delivered by WBUR’s Tiziana Dearing and The Boston Globe’s Adrian Walker. Though the debate wasn’t televised, it was broadcast live on radio and streamed on YouTube.

Like Wednesday’s debate, Thursday night seemed to again solidify that the race is between two people: Boston City Councilor Michelle Wu and whoever gets the second spot on the ballot. The Globe graded Wu an A for her performance, with other candidates at B-, C, or D, and polling shows Wu is in the lead.

Thursday’s debate featured plenty of jabs between candidates, often aimed at Acting Mayor Kim Janey, but mainly candidates stuck to their policy positions. The most heated moments were around the handling of services at Mass. and Cass and whether a Boston eviction moratorium was the right call.

1. All candidates believe there is more to be done at Mass. and Cass, there’s some disagreement about who’s done enough, or taken the right actions.

Janey wants to see a regional approach, and said too much is falling on the city of Boston. She’s been criticized for closing the comfort station near Mass. and Cass, citing security concerns.

City Councilor Andrea Campbell doesn’t believe other candidates have done enough to help the situation at Mass. and Cass. Asked about her plan to reactivate services on nearby Long Island and run ferries from nearby, she noted that the site is not in her district – unlike the rest of the candidates on the stage – who she said had no plan and took no action.

“I didn’t recognize how bad it was until I walked the area…I immediately mobilized all stakeholders and developed a plan –  was the first candidate in this race to come up with a plan, and now I’m pushing for implementation of it,” she said. “As a councilor, I can’t implement it. It has to come from the mayor’s office.”

City Councilor Annissa Essaibi George pushed back on that, saying she and Wu did the work on a council Committee on Homelessness, Health and Recovery – which Janey dismantled as council president.

“It’s not a coincidence we’ve gotten to a place of chaos, people are suffering, a community is struggling, we’ve got so much work left undone, “ she said.

Janey noted she’d folded it into a larger committee on public health.

Wu said she plans to take responsibility for what can happen at the city level, and deliver change in the four-year term.

“Here we need a response that expands treatment across the city, working with our community health centers and our partners in this mecca of healthcare to ensure access to treatment all across the city,” she said. “This is fundamentally an issue where our lack of housing that is supportive, that is available, has exacerbated a cyclical experience with the opioid crisis for so many.

2. Essaibi George doesn’t believe an eviction moratorium is the right call. She’s pretty much alone in that, though all candidates believe more can be done to support tenants.

Essaibi George said the moratorium is putting a bandaid over a bullet hole.

Janey acknowledged an eviction moratorium can’t be in place forever, but there needs to be something done immediately. Beyond the moratorium, she said, the city has invested in rental relief that’s keeping thousands in their homes — tenants and homeowners.

“It’s disappointing to hear anyone on this stage disagree with the eviction moratorium, particularly someone who benefits from a company that routinely evicts tenants throughout the city,” Janey said, calling out Essaibi George.

Campbell said she was the first to call for a local eviction moratorium, noting that evictions disproportionately affect families of color. Barros said more needs to be done to get financial relief out to those impacted.

“Most people when they hear ‘moratorium’ think they don’t have to pay rent — we’re misleading them — people still have to pay rent,” he said. “Your rent still adds up, and the longer it adds up the more you will owe. It’s a disservice only to do a moratorium, which is why we need to actually be out there and working with everyone to cure your rent now. There is enough money in the city of Boston to cure everybody’s rent.” 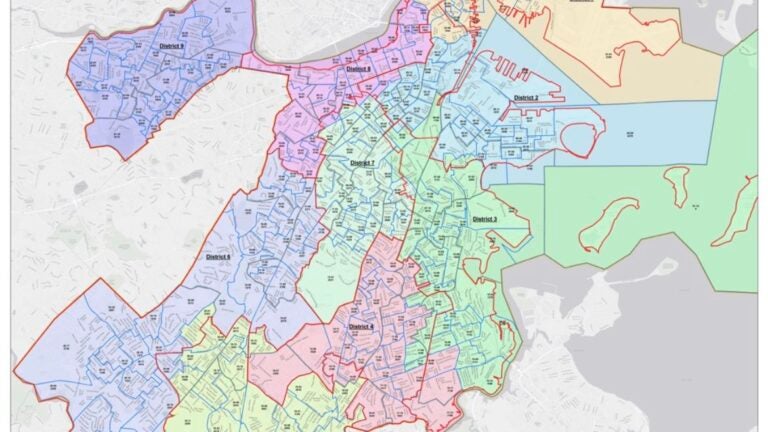