Michelle Wu came in first, and Annissa Essaibi George secured the second spot to advance to the general election. Andrea Campbell came in third, Kim Janey fourth, John Barros fifth, and so on.

However, a closer look shows how they did it.

Two days after the polls closed, Boston election officials released vote counts for each of the city’s 255 precincts, providing an intimate look at the neighborhood-level trends that decided the preliminary election — and could shape the finale.

Heading into the general election, the precinct results show Wu and Essaibi George’s respective electoral power centers, as well as the areas where the majority of voters will need to pick a new candidate.

Here are the main takeaways from the unofficial results, as well as each of the five major candidates’ top 10 precincts:

Wu, the preliminary election’s top vote-getter, received more than 60 percent of all votes in five precincts — all located in college student-rich areas of Allston/Brighton.

The at-large city councilor’s best precinct was Ward 21-15, located by the Chestnut Hill Reservoir, where she racked up over 67 percent of the vote and a 50-point margin of victory. Wu also posted massive wins in several precincts around Packard’s Corner.

Essaibi George’s support didn’t run as deep as Wu’s, but the runner-up did post the most lopsided precinct-level victories of any candidate in the race.

The city councilor and Dorchester native received nearly 80 percent of all votes in Ward 16-12, an Adams Village precinct on the city’s southeastern tip that includes Florian Hall, the headquarters of the Boston firefighter’s union, which endorsed Essaibi George. In total, Essaibi George piled up 549 votes in the precinct, known for its high proportion of police and firefighters; Wu, who finished second, got 51 (Ward 16-12 also had the highest turnout of any precinct in Boston at over 63 percent, compared to the citywide average of 25 percent).

Essaibi George also got 75 percent of the vote in neighboring Ward 16-9 (and 69 percent in Ward 16-10). She also received more than 60 percent of all votes in five precincts on the east side of South Boston, another neighborhood known for its white, Irish roots.

Campbell’s strongest support came within the city councilor’s district, which primarily covers the predominantly Black neighborhoods of Mattapan and Dorchester.

Six of her 10 highest vote shares came in Ward 17, which cuts up from the Neponset River to Dorchester Center. Campbell received over 50 percent of vote in one district: Ward 17-9.

She also won two South End precincts, including Ward 8-2, which includes the Mass. and Cass intersection that the city councilor focused on since early in her mayoral campaign.

Despite coming in a close fourth behind Campbell, the acting mayor did score several precinct-level routs, particularly in predominantly Black neighborhoods like Nubian Square and Mattapan Square.

Janey’s best result was in Ward 12-3, a Roxbury precinct where she received nearly 63 percent of all votes, beating the runner-up Campbell by 45 points. In fact, Janey received more than 50 percent of the vote in 25 precincts, mostly ranging from Nubian Square through Roxbury to Mattapan.

At the same time, Janey, who was a second-term District 7 councilor before ascending to acting mayor, received less than 10 percent support in 86 precincts, compared to just 20 where Campbell was in single digits (and 96 for Essaibi George).

Despite getting just 3 percent of the vote citywide, Boston’s former economic development chief did notch wins in four precincts around Upham’s Corner in Dorchester, where he lives. 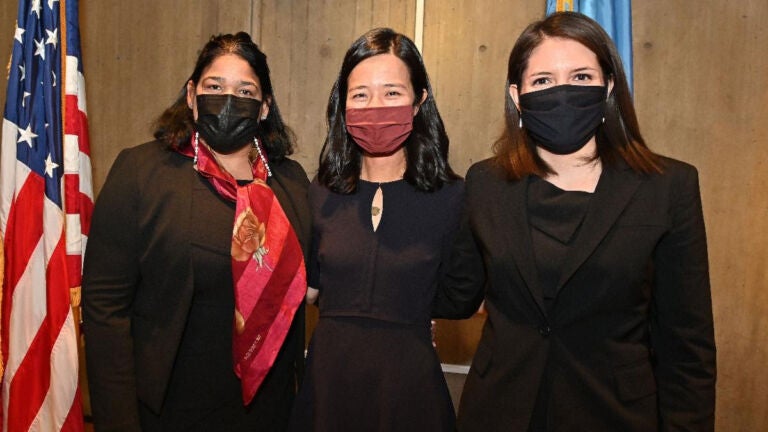