With another perennial battle over the federal government’s debt ceiling on the horizon, Rep. Katherine Clark says that Congress shouldn’t just raise the limit.

She says they should abolish it.

“I completely agree,” Clark, a Melrose Democrat and the assistant House speaker, said during an interview Thursday on CNN, when asked about getting rid of the debt ceiling.

A number of economists have argued for getting rid of the superficial limit on the national debt, which has been raised repeatedly since its creation in 1917 but has increasingly resulted in sometimes costly partisan brinkmanship over the past several decades. Additionally, experts say that not raising the limit and defaulting on the federal government’s debt would have “catastrophic” economic consequences.

The deadline is approaching at some point in October.

“We are one of just two or three countries that still have this,” Clark said Thursday. “It is time that we get through this drama and theater that the GOP like to make about fundamental responsibilities and, once again, put the focus on working families.”

As the fourth-ranking Democrat in the House, the Massachusetts congresswoman is the second member of her party’s leadership to voice support for eliminating the limit, joining Majority Leader Steny Hoyer. Others, including House Speaker Nancy Pelosi, have voted to temporarily suspend it.

Despite the recent battles, Congress has ultimately raised the ceiling with bipartisan support the last times the government neared the limit. In the most recent instance, former president Donald Trump signed a budget deal in 2019 that suspended the debt ceiling until this past July.

However, Sen. Mitch McConnell, the Republican minority leader, has come out against raising the limit this time (despite supporting it in 2019), arguing that Democrats should raise it themselves as part of their $3.5 trillion infrastructure plan going through the budget reconciliation process (doing so could provide material for GOP efforts to attack Democrats for what they argue is “reckless” spending).

Pelosi has rejected that idea, noting much of the reason the country is running up against the limit is because of tax cuts and spending during the Trump years.

“It is a fundamental responsibility of members of Congress that we pay for this debt,” Clark said. “What we have seen is the GOP and Mitch McConnell running up the credit card and then turning around and saying, ‘We don’t have anything to do with this.’ It is unacceptable.” 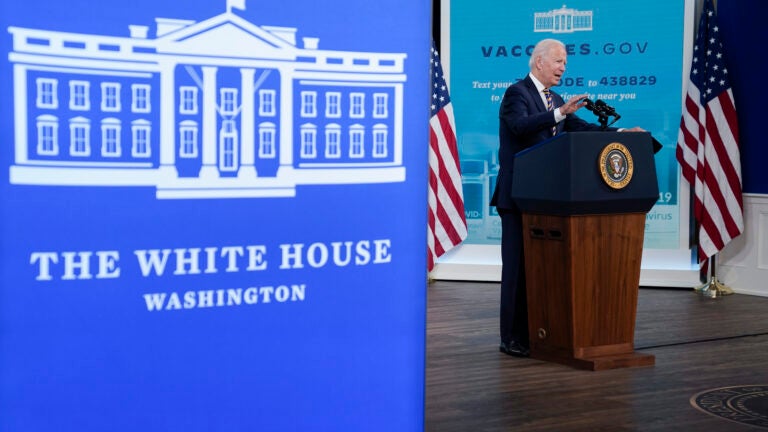