Sen. Elizabeth Warren, D-Mass., blasted the Federal Reserve chair, Jerome Powell, for his financial regulation track record and said that she would not support him if the White House renominated him, calling him a “dangerous man to head up the Fed.”

Powell’s term as head of the central bank ends in early 2022, and the Biden administration is considering whether to reappoint him. Powell, a Republican, was nominated to the Fed’s Board of Governors by former President Barack Obama and elevated to chair by former President Donald Trump.

While some prominent Democratic economists and advocacy groups support Powell, who has been intensely focused on the labor market during his term as Fed chair, some progressives openly oppose him. They often cite his track record on financial regulation — as Warren did to his face Tuesday, as he testified before the Senate Banking Committee.

“The elephant in the room is whether you’re going to be renominated,” Warren said, looking down at the Fed chair during the hearing. “Renominating you means gambling that, for the next five years, a Republican majority at the Federal Reserve, with a Republican chair who has regularly voted to deregulate Wall Street, won’t drive this economy over a financial cliff again.”

Warren, and those who agree with her, have worried that leaving Powell in place will prevent the Fed from taking a tougher stance on financial regulation. Powell has said that when it comes to regulatory matters, he defers to the Fed’s vice chair for supervision, noting that Congress created that job to lead up bank oversight after the 2008 financial crisis.

“I respect that that’s the person who will set the regulatory agenda going forward,” Powell said during a news conference last week. “And furthermore, it’s fully appropriate to look for a new person to come in and look at the current state of regulation and supervision and suggest appropriate changes.”

Warren’s colleague Sen. Michael Rounds, R-S.D., followed her scathing comments by saying that Powell deserved to be renominated, and that he looked forward to working with him for the next several years.

The White House has so far given little indication of whom it will pick to lead the central bank.

President Joe Biden already has the opportunity to fill one open governor position at the Fed, and several other roles will soon become available: The governor seat of the Fed’s vice chair, Richard Clarida, will expire in the coming months, as will Randal K. Quarles’ position as vice chair for supervision. The openings could give the administration a chance to remake the central bank from the top with its nominations, who must pass Senate confirmation.

Other lawmakers at the Senate hearing pushed Powell to focus on improving diversity at the central bank — highlighting another key concern among Democrats as the leadership shuffle gets underway.

Sen. Sherrod Brown, D-Ohio and the head of the Senate Banking Committee, pointed out that there had never been a Black woman on the Federal Reserve’s Board of Governors in Washington, while also referring to reporting from earlier this year that showed a dearth of Black economists at the central bank.

He asked if Powell believed that the central bank should have a Black woman on its Board of Governors.

“I would strongly agree that we want everyone’s voice heard around the table, and that would of course include Black women,” Powell said. “We of course have no role in the selection process, but we would certainly welcome it.”

Lisa Cook, a Michigan State University economist, and William Spriggs, chief economist of the labor union AFL-CIO, are often raised as possible candidates for governor positions or leadership roles. Both are Black. Lael Brainard, a white woman who is currently a Fed governor, is frequently raised as a possible replacement for Powell if he is not renominated, and Sarah Bloom Raskin, a white woman who is a former top Fed and Treasury official, is often suggested as a replacement for Quarles.

Powell, as he noted, has no formal role in selecting his future colleagues at the Fed Board.

He and his colleagues at the Fed Board will, however, have a chance to weigh in on who will take over two newly open positions around the Fed’s decision-making table. The central bank has 19 total officials at full strength, seven governors and 12 regional bank presidents.

Robert S. Kaplan, the Dallas Fed president, and Eric S. Rosengren, the Boston Fed president, both announced their imminent retirements Monday, amid widespread criticism of the fact that they were trading securities in 2020 — during a year in which the Fed unrolled a widespread market rescue in response to the pandemic.

Powell addressed that scandal on Tuesday, pledging to lawmakers that the Fed would change its ethics rules and saying that the Fed was looking into the trading activity to make sure it was in compliance with those rules and with the law.

“Our need to sustain the public’s trust is the essence of our work,” Powell said, adding that “we will rise to this moment.”

Beyond grabbing headlines, the departures will leave two regional bank jobs available at the Fed. The regional branches’ boards, except for bank-tied members, will search for and select replacement presidents. The Fed’s governors in Washington have a “yes” or “no” vote on the pick.

The Fed has never had a Black woman as a regional bank president, either. Raphael Bostic, president of the Federal Reserve Bank of Atlanta, is the first Black man to serve in one of those roles.

At the Board of Governors, Quarles’ leadership term ends most imminently, on Oct. 13. His position as governor does not expire until 2032, and he has signaled that he will likely stay on as a Fed governor at least through the end of his leadership term at the Financial Stability Board, a global oversight body, in December. Powell’s leadership term ends in early 2022, although he could stay on as governor since his term in that role does not expire until 2028. Clarida will have to leave early next year unless he is reappointed. 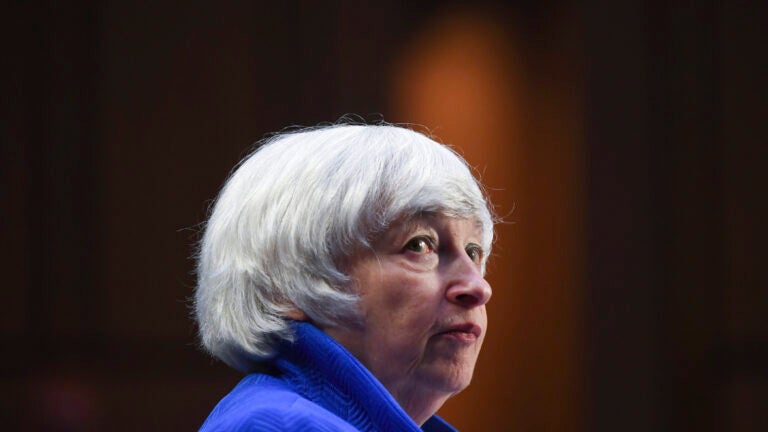