Corey Lewandowski, a longtime political adviser to Donald Trump, was removed Wednesday from his role overseeing a super PAC supporting the former president after a donor accused him of making unwanted sexual advances and touching her inappropriately at a dinner in Las Vegas on Sunday night.

“Corey Lewandowski will be going on to other endeavors and we very much want to thank him for his service. He will no longer be associated with Trump World,” said Taylor Budowich, a spokesperson for Trump. Budowich said that Pam Bondi, a former Florida attorney general and Trump adviser who had been working with Lewandowski at the super PAC, Make America Great Again Action, would now oversee the effort.

Whether Lewandowski remains permanently banished from Trump’s orbit remains to be seen. After serving as Trump’s original campaign manager, he was fired in June 2016 after conflicts with Trump’s children and a series of incidents that the Trump family worried had cast the candidate in a negative light. But a month later, Trump began reaching out to Lewandowski again, and he was soon back in the fold.

Aides to Trump insist this latest incident is different, particularly because it involves a donor to the former president. The donor, Trashelle Odom, made the allegations about Lewandowski in a statement that was first reported Wednesday by Politico and that was later provided to The New York Times.

“He repeatedly touched me inappropriately, said vile and disgusting things to me, stalked me, and made me feel violated and fearful,” she said in the statement about the dinner. “I am coming forward because he needs to be held accountable.”

Odom was among a small group of people at the dinner at the Westgate Las Vegas Resort & Casino, part of an event held by the Victoria’s Voice Foundation, which focuses on fighting drug addiction. Odom sat next to Lewandowski, who, she said in the statement, “bragged multiple times about how powerful he is” and “claimed he controls the former president.”

According to the Odom family lawyer, who declined to be identified, Lewandowski repeatedly touched Odom’s leg and her backside, grew aggressive at various points and threw a drink at her when she made clear she was rebuffing him. In her statement, Odom said she had feared for her safety.

Her husband, John Odom, an Idaho businessman, said in a statement that the family was considering legal options. The Odoms would not speak directly to a reporter about the allegations, and they have not yet filed a complaint with the Las Vegas Metropolitan Police Department.

Lewandowski did not comment on the allegations, and his Las Vegas-based lawyer, David Z. Chesnoff, said only that “accusations and rumor appear to be morphing by the minute and we will not dignify them with a further response.”

One person who attended the dinner, who declined to be identified for fear of retribution, told The Times that Odom’s account was accurate.

Also at the dinner in Las Vegas was Gov. Kristi Noem of South Dakota, whom Lewandowski has been advising for many months. Noem’s aides have not yet commented on whether Lewandowski will remain an adviser to her.

Lewandowski has often been at the center of controversy. In March 2016, he was accused by Michelle Fields, at the time a reporter for the right-wing website Breitbart, of forcibly yanking her away from the candidate after a news conference in Florida. Despite video of the incident, Lewandowski denied that anything inappropriate had happened, and Trump aggressively defended him and denounced the news media’s coverage of Fields’ allegation.

And in November 2017, a Trump supporter and singer named Joy Villa filed a complaint stating that Lewandowski had slapped her on the buttocks during a party at the Trump International Hotel in Washington. It is unclear what became of that complaint.

Lewandowski was tapped by Trump to help set up the super PAC, which can raise money in large sums from wealthy donors. Yet for months since Trump left office, several of his advisers have privately complained that Lewandowski’s connections with the super PAC and with Trump’s political circle have helped him with his other clients, including Noem.

With Trump out of office, most of his advisers now have clients outside his immediate world. But Lewandowski’s efforts came under intense scrutiny from other Trump aides. 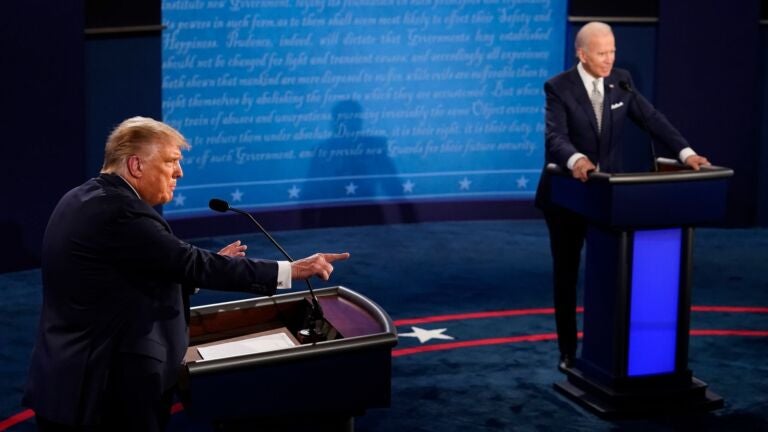