BOGOTÁ, Colombia — A 51-year-old woman was set to become the first person in this majority-Catholic country without a terminal prognosis to die by legally authorized euthanasia on Sunday. But a surprise 11th-hour decision by health officials has halted her bid.

Martha Sepúlveda was awakened by her lawyers Friday night with the news of a letter announcing that her euthanasia procedure scheduled for 7 a.m. Sunday had been canceled, after a medical committee determined that she no longer met the conditions because her health had apparently improved.

The decision to cancel the procedure came as a complete surprise, according to her lawyers. She had no idea health officials were even meeting to review her case. She had been quietly living out her final hours, and had tuned out media coverage of her case.

“She canceled her phone plan because she thought she was going to die tomorrow,” her lawyer, Camila Jaramillo, said on Saturday night.

Jaramillo’s law firm, the Laboratory of Economic, Social and Cultural Rights (DescLAB), has vowed to fight the decision, which it described as “illegitimate and arbitrary,” and one that violated her right to a “dignified death.” They pointed to a recent constitutional court decision allowing euthanasia for patients with intense physical or mental suffering from bodily injury or serious and incurable disease, even if the prognosis is not terminal within six months.

“They’re obligating her to live a life that she is not willing to continue to live,” said Lucas Correa Montoya, a lawyer representing Sepúlveda alongside Jaramillo with DescLAB. “What has happened in the past few weeks is an example of the long road ahead for death with dignity in Colombia.”

Sepúlveda was diagnosed with amyotrophic lateral sclerosis, a progressive neurological disease known in the United States as Lou Gehrig’s disease, in November 2018. In the months that followed, the Colombian woman lost control of the muscles in her legs — and she knew it would only get worse.

She would cry at night, overwhelmed by the thought of not being able to get into bed or go to the bathroom by herself. Sepúlveda, who considers herself a devout Catholic, started reading about an option that she thought could relieve her fear of what was to come: euthanasia.

Colombia was one of the first countries in the world to decriminalize euthanasia, and one of only a small number — alongside Belgium and the Netherlands — to extend the right to non-terminal patients. No U.S. state permits euthanasia; 10 states and D.C. allow medically assisted suicide for terminally ill, mentally capable adults with a prognosis of six months or less to live.

Until this year in Colombia, the option has been available legally only to those who are expected to live for six months or less. Although ALS is a fatal disease with no cure, it progresses at varying rates, and patients can survive anywhere from two to 10 years or more.

The country’s constitutional court ruled in July that the right to euthanasia — recognized here in 1997 — applies not only to terminal patients, but also to those with “intense physical or mental suffering from bodily injury or serious and incurable disease.”

The Colombian Institute of Pain, or Incodol, which had been scheduled to carry out the procedure, said that her condition improved between July and October, and that affected an earlier decision to allow her euthanasia procedure to proceed.

After discussing the case at length, the committee found no evidence meeting the requirements of degenerative, progressive, and incurable illness, according to an explanation from the committee, provided to The Washington Post by Jaramillo. Sepúlveda’s illness “does not completely affect the functionality of the patient in instrumental activities or daily life as the patient and her family had expressed in previous medical records.”

Determining that Sepúlveda “has a high probability of expecting a life of more than 6 months,” the committee ruled that she isn’t eligible for euthanasia.

They based their decision at least in part on media coverage of Sepúlveda since her decision became public. Sepúlveda appeared on television smiling and laughing as she dined at a local restaurant this month — despite her grim prognosis.

“All patients are capable of improving … this is part of the analysis that should be made … to evaluate a patient’s condition,” Fredy Quintero, a manager with Incodol, told Colombia’s Caracol News.

The July court ruling has divided the faithful in Colombia. Church officials have described euthanasia as a “serious offense” to the dignity of human life; a member of the national bishops’ conference urged Sepúlveda to “calmly reflect” on her decision and invited all Catholics to pray that God will grant her mercy.

Responding to the news that Sepúlveda’s procedure had been canceled Saturday, the country’s health ministry established that a patient without a terminal diagnosis cannot be authorized for euthanasia because the constitutional court has not yet released its complete ruling on the matter — a claim that was quickly disputed by legal experts, who said court rulings take effect immediately.

Sepúlveda’s 22-year-old son on Saturday released a series of video statements through his mother’s lawyers, saying the “irregular” actions by the health provider happened only after the “viralization” of the news of his mother. Federico Redondo Sepúlveda called for an investigation into the actions of the health provider, and said “we should not tolerate this.”

“This circumstance brought my mom back to her previous state of desperation and sadness, and there’s nothing that can change that,” he said, adding that she has returned to having a “huge worry” about the future.

“We’re open to having this fight for the dignity of my mother. … My mom’s fight is the fight of thousands of people.”

Pannett reported from Sydney. Diana Durán contributed to this report. 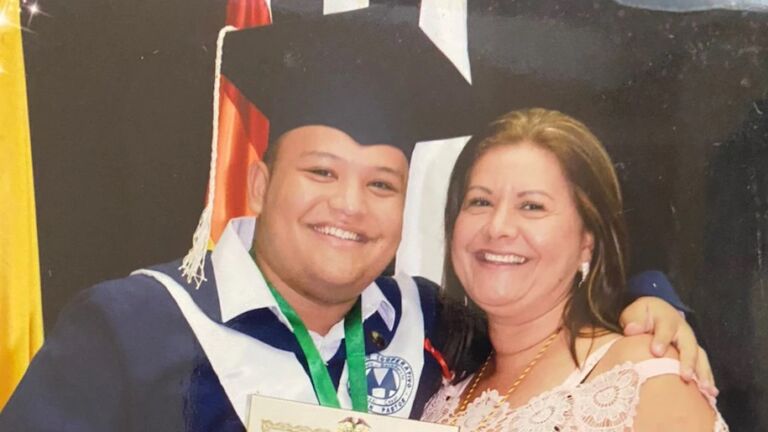 She’s 51, a mother and a devout Catholic. She plans to die by euthanasia on Sunday.