Boston voters have a historic choice this fall — and not only in the mayor’s race.

This year’s ballot includes a binding ballot question that, if approved, would give the Boston City Council more power over how exactly the city spends its money, including the ability to override the mayor’s budget.

Supporters argue the change would result in a more democratic process, akin to how state and federal governments pass their budgets. Opponents, however, say it would be a fundamental change to the balance of power in Boston’s strong-mayor system, in which they say the City Council already has enough leverage.

Here’s what to know about the potential change:

So, what exactly would Question 1 do?

Currently, the budget process begins and ends with one person: the mayor.

After months of preparation, the mayor’s office proposes its several-billion-dollar budget for approval by the City Council, which can adopt or reject the plan. The council can also reduce specific line item spending amounts for any of the city’s dozens of departments and programs.

But beyond that, the City Council can’t make any changes or propose their own version of the budget (even if they can certainly make their demands known). And to pass, the budget ultimately needs the mayor’s signature.

Question 1 would change that.

If passed, the question would amend the city charter to effectively give the City Council the ability to respond with its own budget, as long as it is within the revenue projections put forth by the mayor. So, in other words, if the mayor proposes a $3.7 billion budget, the council couldn’t propose more spending than that.

Councilors could, however, reallocate funding within the mayor’s proposal to different departments or programs — or to newly created line items altogether. Such amendments would have to be publicly submitted by councilors and earn approval from at least seven members of the 13-person body to be adopted.

City Councilor Lydia Edwards, who led the effort to put Question 1 on the ballot, says that process hopefully leads to a back and forth with the mayor, who could accept the council’s amendments, ignore them, or propose a compromise — and then resubmit a budget proposal for a vote.

Just like the current process, if the mayor’s proposal gets at least seven votes on the council, it passes.

However, if passed, Question 1 would also give the council the ability to override a mayoral veto — as well as individual amendments from the mayor — and pass their own version of the budget with a two-thirds vote (meaning nine of the 13 councilors).

Under the current process, no budget can pass without the mayor’s approval.

The ballot question also proposes giving the City Council the ability to amend the Boston Public Schools budget, which is currently the sole responsibility of the School Committee, whose members are appointed by the mayor.

The ballot question would also — and perhaps less controversially — create a new, independent “Office of Participatory Budgeting,” which would oversee a “binding decision-making process” through which all Boston residents could directly vote on how a certain amount of their tax dollars are spent.

For example, the city of Cambridge has a participating budgeting process that sets aside $1 million in capital funds, solicits ideas from residents, and then lets them vote on how to spend the funds.

The specific structure and scope of Boston’s participating budgeting process would be left up to a future ordinance passed by the City Council and mayor. However, the ballot question is required to amend the city charter and make the office possible in the first place.

Already, Boston runs a $1 million participatory budgeting program aimed at residents between the ages of 12 and 22. However, if passed, Edwards says the ballot question would expand the program and take it out of the hands of the mayor’s office.

“They throw out a million dollars out there for young people,” she said. “They can put out more money for adults.”

Why is it controversial?

The participatory budgeting idea hasn’t received much pushback. However, that’s not the case with the first aspect of the ballot question empowering the City Council.

Supporters — ranging from the NAACP to the Boston Teacher’s Union to a plethora of labor and community groups — say the change would first and foremost introduce more democracy into the budgeting process — and make the end result more responsive to the moment.

Advocates say the change in the process would also allow underserved neighborhoods to better advocate for themselves and make the city process more similar to how the state or federal government passes budgets.

“Many of us believe more democracy is better,” Edwards said.

According to Edwards, the ability to offer — and vote on — specific budget amendments would also give residents more transparency into their councilors’ positions, compared to a vote on the entire budget.

Edwards also says it could result in more accountability for individual departments.

“Some departments get to ride along the coattails of very successful, popular departments, because it’s a yes or no,” she said.

Opponents contend that the ballot question would result in greater dysfunction.

They say the city could end up in a position where the 13 city councilors are horse-trading and competing to ensure their priorities are included in the budget. They even raise the specter that it could threaten the city’s AAA bond rating, which has kept borrowing costs for big projects low.

Pam Kocher — the president of the Boston Municipal Research Bureau, a watchdog group that promotes efficient governance and has testified against the ballot question — says she’s concerned the change would take the budget out of the hands of experienced city government finance teams and result in a “patchwork of each city councilor’s local needs and demands.”

“Of course, local needs have to be considered, but the process now allows for coherency,” Kocher said, adding that it also centers accountability.

“We’ve got a ‘buck stops here’ situation where, ultimately, the mayor is responsible,” she said. “It’s so important that as such a large, complex city, we can all look to one person who was voted on by voters all across the city.”

Edwards characterizes such arguments as “scare tactics” by those who’ve benefited from the current system, where insiders with access to the mayor have an advantage.

“This, to me, is mayor-proof,” Edwards said.

“It’s an incredible moment for the city,” Kocher said, noting that Boston is poised to elect its first woman and first person of color as mayor.

“We don’t feel like this is the right time for the council to still be trying to strip power from the mayor’s office,” she added. “Our reality, compared to a year ago, is not the same.”

Kocher argues that councilors’ abilities to make their priorities known to the mayor in advance — and even vote the entire budget down — gives them all the leverage necessary to force changes. For example, she noted how the council was able to pressure acting Mayor Kim Janey to allocate an additional $31.5 million in COVID-19 relief funds to their priorities in the most recent budget this summer.

“The mayor essentially has to meet their needs already,” Kocher said

Still, some councilors ultimately voted for a budget that they said was unsatisfactory. Edwards, who compared it at the time to a “kidney stone,” also notes that the proposed process has to end one way or another.

Under the current process, if the City Council and mayor find themselves at an impasse and don’t agree to a budget by the end of June, the city would default to a month-by-month 1/12th budget based on the previous year.

However, with the power to override the mayor and enact their own budget, Edwards argues the ballot question minimizes the likelihood of that respectively “chaotic” possibility.

“We begin and end the sentence, period,” she said. 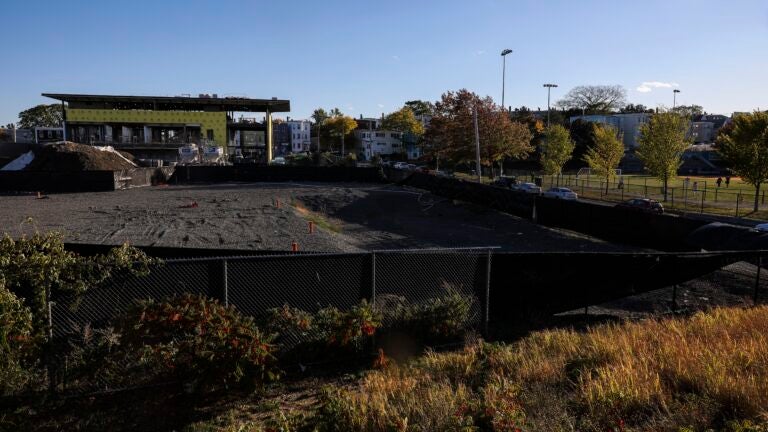