Overshadowed by historic races for mayor and City Council, Boston’s election Tuesday also featured three municipal ballot questions, including one that will fundamentally reshape how the city spends taxpayer money.

With 100 percent of precincts reporting, Boston residents signed off on the only binding ballot question to amend the city charter and give the City Council new powers to change — and even override — the mayor’s proposed budget.

Residents also spoke out in overwhelming opposition to a planned electric substation in East Boston and in almost equally clear support of a fully elected Boston School Committee.

Here’s more on the results:

First and foremost, Question 1, the only binding question on the ballot, received the support of 68 percent — or over two-thirds — of voters, doubling the number of ballots cast in opposition.

The result is the final step in a yearlong process initiated by the City Council to amend Boston’s city charter to give councilors the ability to amend the mayor’s budget, effectively propose their own budget, and even overrule the mayor with a supermajority vote.

The move fundamentally alters the balance of power in Boston’s traditional strong-mayor system.

“Boston’s budget should be rooted in the needs of Boston’s residents,” Armani White, an activist with the Yes on 1 campaign, said in a statement Tuesday night, celebrating the “decisive” victory.

Supporters say the change will result in a more democratic process, closer scrutiny of individual city departments, and more transparency into councilors’ positions on particular issues. Opponents argued that the City Council, which could already reject the mayor’s proposed budget, had enough leverage in the process and that the shift of power away from the city’s finance team could result in greater dysfunction.

The ballot question also requires the city to create a new, independent “Office of Participatory Budgeting,” which would oversee a process through which Boston residents could directly vote on how a certain amount of the budget is spent.

“This is a powerful victory from the grassroots and we’re looking forward to making sure all voices are heard in our budget process moving forward,” Andres Del Castillo, the executive director of Right to the City Boston, said Tuesday.

Question 2 provided Boston residents across the city the opportunity to make their voices heard on Eversource’s plans to build an electric substation in East Boston along the Chelsea Creek near a park and residential neighborhood.

And in one of the most lopsided results of the night, over 83 percent of voters said they opposed the plan.

The project has faced intense opposition from local East Boston residents, who petitioned the city to put the non-binding question on the ballot, due to concerns about safety and climate vulnerability. However, the current site location received unanimous approval from state regulators this past February.

The language of the ballot question also posited “a nearby alternative safe and secure location” for the substation, “such as non-residential Massport land at Logan Airport.”

Acting Mayor Kim Janey has also spoken out against the substation’s location, saying Eversource’s plan is “based on flawed projections and flawed priorities.” However, given the advisory nature of Question 2, it’s unclear what impact it will have.

Eversource did not immediately respond to a request for comment Tuesday night.

Question 3 asked Boston voters if they supported an elected school committee, and passed with over 79 percent support, according to the unofficial results Tuesday night.

That doesn’t mean any immediate changes; like Question 2, the measure is a non-binding ballot question. But it is the latest indication of residents’ opinion on the perennially debated subject.

Boston is currently the only community in Massachusetts without an elected school board, after then-mayor Ray Flynn’s successful push in the 1990s to make members appointed by the mayor. Flynn and some other former proponents of the appointed school committee have since expressed regret about the change, and some city councilors are now pushing legislation that would reverse it and make all school committee members elected by the public again by 2026.

Supporters of a fully elected school committee say the model would provide more direct accountability to voters and empower communities of color. However, opponents argue it would make the school committee vulnerable to undue influence from interest groups spending big on the low-profile elections.

Michelle Wu, the winner of Tuesday’s mayoral election, has supported a hybrid model in which a majority of school committee members are elected and the rest appointed by the mayor. Asked about the advisory ballot question, Wu recently told Boston.com that she is “fully committed” to reforming the school committee and but said she wouldn’t support the most recent home rule petition.

“I’ve put forward the shape of the school committee structure that I would support,” Wu said. 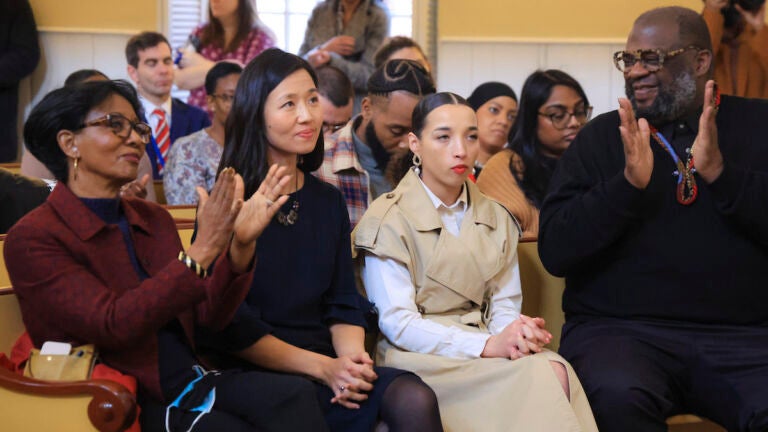