An eight-month investigation by the New York state Assembly found “overwhelming evidence” that former Gov. Andrew Cuomo engaged in sexual harassment while in office and abused his power to help produce what would become a $5.1 million pandemic memoir.

The findings reinforce a damning investigation by the state attorney general that concluded that Cuomo had sexually harassed 11 women, including a former aide whose allegation of groping is now the subject of a criminal complaint.

The Assembly inquiry was meant to create a road map for potential impeachment proceedings against Cuomo, a three-term governor whose unrelenting style of leadership engendered varying amounts of fear, respect and hatred. But that prospect was rendered moot after he resigned in disgrace in August.

Still, the 46-page report released Monday went beyond the sexual harassment accusations, further damaging Cuomo’s legacy and his continued attempts — fueled by $18 million in unspent campaign funds — to preserve it.

Investigators hired by the Assembly Judiciary Committee concluded that Cuomo, a Democrat, used state workers and other public resources to write, publish and promote his memoir about his handling of the coronavirus pandemic, a likely violation of state ethics laws.

The inquiry also found that Cuomo “was not fully transparent regarding the number of nursing home residents who died as a result of COVID-19.” The Cuomo administration became engulfed in scandal last year following reports that the state was undercounting coronavirus deaths in nursing homes, after the governor issued a directive requiring facilities to accept COVID-19 patients.

The findings of the investigation had led one committee member to say last week that it would be “reasonable” to infer a connection between Cuomo’s $5.1 million book deal and his administration’s decision to manipulate nursing home death data.

The report makes multiple references to investigators sharing some of the evidence with law enforcement officials, suggesting that there may be further legal repercussions for Cuomo, whose family — his father, Mario M. Cuomo, was also elected to three terms as governor — ruled New York for two decades.

Cuomo has maintained that New York Attorney General Letitia James, who is now running for governor, had compromised her inquiry with her own political ambitions. He extended that posture Monday to include the Assembly investigation.

“The Assembly’s report simply parrots the attorney general’s flawed report, failing to engage with the many errors and omissions in the AG’s report and her one-sided, biased investigation,” said Rita Glavin, Cuomo’s lawyer.

“And, like the AG, the Assembly refused to provide the former governor with access to all the evidence, again denying the governor due process and a meaningful ability to respond,” she continued. “This is disappointing but hardly surprising.”

The state Assembly, which is controlled by Democrats, opened its investigation in March as Cuomo faced a drumbeat of sexual harassment allegations and calls for his resignation.

Investigators from Davis Polk & Wardwell LLP, the law firm the Assembly retained to conduct the inquiry, had broad leeway to scrutinize not just the sexual harassment claims but also potential misconduct and abuses of power by Cuomo and his top staff.

They examined the administration’s handling of nursing home data; the book deal; coronavirus tests administered on a priority basis for Cuomo’s family and associates early in the pandemic, when such tests were hard to come by; and a potential cover-up of safety issues on the Governor Mario M. Cuomo Bridge.

The investigation involved interviews with 200 witnesses and the review of 600,000 documents, including recordings, messages and transcripts, some of which were obtained through subpoenas.

The inquiry unearthed new details on a range of topics, including the sexual harassment allegations against the governor, many of which were explored and corroborated in the report by James’ office.

While the Assembly report described sexual harassment accusations from 12 women — including one who had previously gone public but was not included in James’ report — it focused on two of them.

They are an unidentified state trooper and Brittany Commisso, the former executive assistant to Cuomo who accused him of groping her and whose allegations formed the basis of the criminal complaint against him.

At issue in that case has been the date on which the encounter allegedly occurred. The attorney general’s report placed it in mid-November, while investigators for the Assembly identified the likely date as Dec. 7, using entry-card swipes and text messages as evidence to support that timeline.

The report vigorously affirms Commisso’s account, citing a text message that she sent immediately before the alleged incident, card swipes confirming her actions before and after, and the outfit Cuomo was wearing that day.

The report stated that it had found no “material inconsistencies” in Commisso’s account or the accounts of those who corroborated it, saying that while investigators had found minor discrepancies, they “are common among witnesses and are often referred to as the hallmark of truth.”

Richard Azzopardi, a spokesman for the former governor, said that “the fact that an employee entered and exited the Executive Mansion as part of her job was never in dispute.”

Another key aspect of the inquiry involves the state’s actions on nursing homes.

The report did not seek to determine whether the directive from Cuomo requiring the facilities to accept COVID-19 patients caused the outbreaks that made nursing homes so deadly in the spring, and it found no indication it had.

Instead, it focused on the way in which the administration sought to deflect from its policy by selectively reporting numbers that minimized the damage.

Cuomo was directly involved in revising and editing a report dated July 6, 2020, that downplayed the effect of the disease in nursing homes “on multiple occasions,” the Assembly report says.

That same day, a Monday, the governor had a meeting with publisher Penguin Random House about a potential book, reaching a multimillion-dollar deal by July 10.

Also July 10, Cuomo requested authorization to write the book from the state Joint Commission on Public Ethics, asserting that “no state property, personnel, or other resources” would be used in its creation. Commission staff approved the request one week later.

But in seeming contrast to that request, the report details multiple instances of staff involvement in the writing, editing and promotion of Cuomo’s book. One senior staff member sent or received 300 emails regarding the book in the second half of last year; another sent or received more than 1,000.

The report documents how some staff members appear to have taken vacation or personal time to work on the book project but concludes that it was also attended to “during the course of normal work routines.”

One official complained to a colleague that work on the book had compromised that official’s ability to focus on the coronavirus crisis.

Investigators concluded that Cuomo had “utilized the time of multiple state employees, as well as his own, to further his personal gain during a global pandemic.”

Last week the state ethics commission retroactively revoked its authorization of the deal, potentially forcing Cuomo to relinquish the money he earned from the project.

Cuomo has vociferously denied using state resources on the book and indicated that he would fight the board’s decision in court.

“Staff who volunteered took time off, evidencing that they were volunteering and not on state time,” Azzopardi said in a statement. “Any suggestion to the contrary is Assembly hype.”

Another of Cuomo’s achievements targeted by the inquiry was the bridge renamed for his father. As early as 2018, reports that dozens of steel bolts had broken during construction raised serious questions about the structural integrity of the bridge, and spurred an attorney general investigation.

Assembly investigators abandoned this line of inquiry, saying that the Thruway Authority repeatedly assured the executive chamber and public that the bridge was safe.

The Assembly investigation unfolded slowly and quietly for much of the past year, with some speculating that Carl E. Heastie, the speaker, was slow-walking the inquiry to protect Cuomo.

After Cuomo resigned, Heastie announced Aug. 13 that the Assembly would suspend its investigation because lawmakers did not have the constitutional authority to impeach an official who was out of office. Even so, Heastie said the investigation had uncovered “credible evidence” that would have led to articles of impeachment had Cuomo not resigned.

Heastie faced immediate bipartisan backlash from lawmakers who argued that the Assembly should, at a minimum, finish the taxpayer-funded investigation and make public its findings. Some lawmakers even argued they should impeach Cuomo to prevent him from running again, though impeaching a former governor has no precedent in New York, and such a move would likely give rise to open-ended constitutional questions.

Under pressure, Heastie and Charles Lavine, chairman of the Judiciary Committee, reversed course Aug. 16, announcing that the committee would issue a final report. The report released Monday concludes the lawmakers’ investigation. 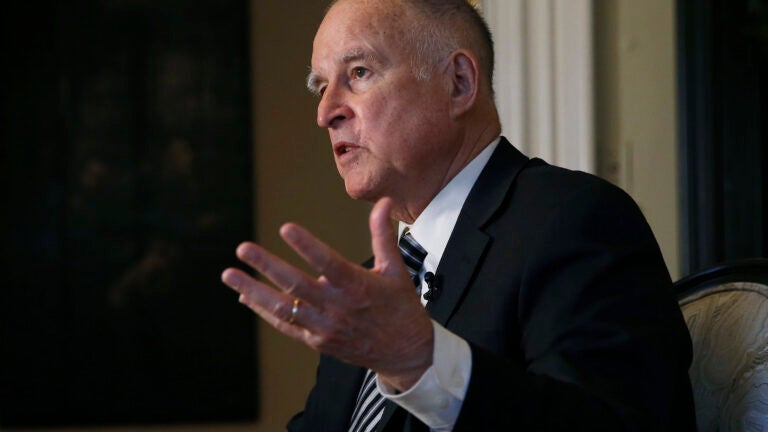 Trial to determine if requiring women board members is legal