MassGOP Chairman Jim Lyons again faced critics within his own party this week as state committee members skipped a scheduled committee meeting on Tuesday night, in direct protest of Lyons’s leadership, forcing it to fall short of a quorum.

Committee member Will Crocker emailed Lyons before the meeting to say “a number” of members decided not to attend because the party chairman “refused to allow a parliamentarian to be present,” the email stated, according to Politico.

The committee members requested the parliamentarian to enforce bylaws during meetings, the outlet reports.

“Your authoritarian and heavy-handed manner for running our meetings will no longer be tolerated, and we hope you reconsider your decision for a future meeting,” Crocker wrote.

Under party bylaws, committee meetings require a quorum of at least 40 regular members. Politico reports no quorum was reached on Tuesday partly due to absences related to Crocker’s points and others that were not.

“Without a quorum, no business or votes may be conducted, no budgets passed, and no convention rules adopted,” Crocker wrote.

“We strongly recommend that you work with our National Committee Members to reschedule the meeting, with the parliamentarian that they identified present,” he added.

According to a source who spoke to Politico, Lyons opted to hold an executive committee meeting instead to focus on the business at hand.

Crocker and other state committee members said such a move was a violation of party bylaws.

According to the rules, any meeting requires a notice posted at least five days in advance.

Lyons did not return a request for comment from Politico.

The MassGOP was already facing a tough week before Tuesday’s meeting fiasco.

Veteran political reporter and editor Frank Phillips tweeted on Sunday night the GOP is behind on signatures for its “much touted ballot initiatives” on next year’s ballot.

One measure focuses on voter identification and the other takes a stand against the state’s gas tax.

“An anti-abortion one has a slim to no shot, latest count shows,” Phillips wrote.

As of Wednesday morning, at least three ballot question campaigns had filed signatures with the Secretary of State’s office ahead of the 5 p.m. deadline, though none appeared to be regarding the GOP’s issues, according to the State House News Service. 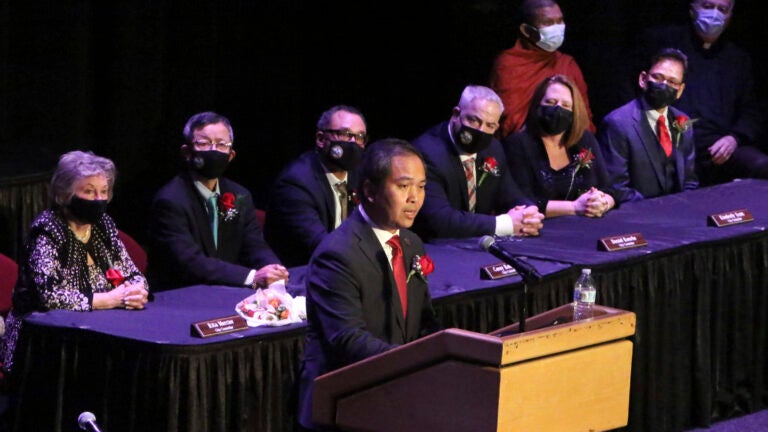