The “hottest” race in Massachusetts is warming up.

Eric Lesser, a four-term state senator from Western Massachusetts and former Barack Obama aide, announced Tuesday that he is entering the 2022 race to be Massachusetts lieutenant governor, joining three other Democratic candidates — and several others who are considering a run for the number-two post.

“Massachusetts has so much going for it, but it’s harder and harder to live here,” Lesser said in an email to supporters Tuesday.

The 36-year-old Longmeadow native said the state is becoming “too expensive” and unequal across the board.

“Good housing is becoming out of reach, public transportation is outdated or nonexistent, and the cost of childcare is crushing families,” he wrote. “The status quo doesn’t work for anybody. It creates skyrocketing prices and gridlock in some places, and vacuums jobs and opportunity from others. It means that Massachusetts, despite its progressive history and incredible assets, is one of the most unequal places in the country.”

Before he was elected to the state Senate in 2014, Lesser worked as a White House economic adviser and was one of the first staffers on Obama’s 2008 presidential campaign. He also worked as a script consultant for the acclaimed HBO political comedy “Veep” over the course of its seven seasons.

In the wake of Gov. Charlie Baker and Lt. Gov. Karyn Polito’s decision not to run for a third term, the race for lieutenant governor has attracted an unusual amount of attention, with two Democratic candidates — Harvard professor Danielle Allen and state Sen. Sonia Chang Diaz — already running for the top post and Attorney General Maura Healey also weighing a gubernatorial run.

No Republican candidates have entered the lieutenant governor’s race, which elects its nominees separate from the gubernatorial race.

While the position of lieutenant governor has no official responsibility beyond chairing the Governor’s Council and replacing the governor if they leave office, Lesser says he knows the role well (under Polito, it’s been focused on serving as a “liaison” between the governor’s office and municipal officials).

“It’s to partner with our next Governor to make sure she is the most successful governor in the country,” Lesser wrote. “What I bring is the perspective of a parent of three young children, the experience of living far from Beacon Hill, and a proven record of standing up for the forgotten corners of Massachusetts.”

An outspoken “east-west” rail advocate, Lesser’s campaign says he helped bring the idea of high-speed passenger train service between Pittsfield, Springfield, and Boston “from an abstract fantasy to a solid possibility.” State officials are continuing to study its cost and benefits.

“We are going to be campaigning on and running on tying our state together,” Lesser said in a video Tuesday afternoon.

Lesser’s team also pointed to his work to close a pharmacy shopping loophole for highly-addictive narcotics and reduce the price of the overdose-reversing drug Narcan, as well as to pass a “Student Loan Bill of Rights” and ombudsman’s office under the attorney general tasked with protecting borrowers and resolving billing disputes. During a livestream last summer, Healey herself praised Lessor for authoring the bill and for his broader focus on “economic justice.”

“We succeeded by giving a voice to communities that are often invisible on Beacon Hill,” Lesser wrote Tuesday. “In partnership with our next Governor, that is what I will continue to do.” 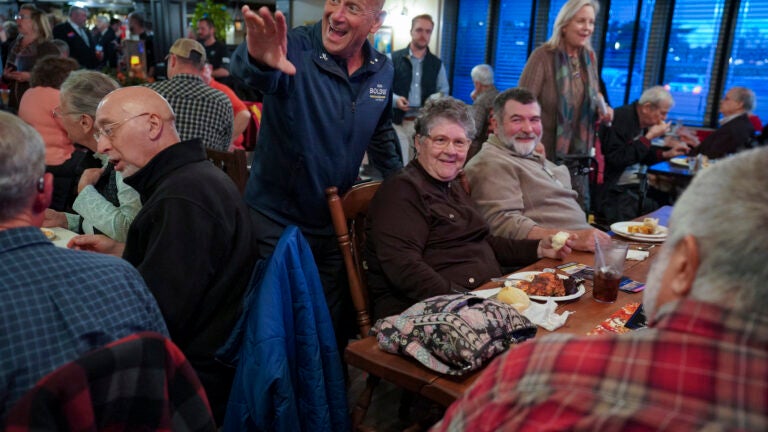