The conversation, which lasted about half an hour and drew just over 700 listeners at its peak, covered Markey and Bush’s opinions on the filibuster, what getting rid of the filibuster would do for their constituents, and how they are feeling about the odds of a win.

The filibuster is a tactic employed in Congress where, in order to delay or prevent a vote, members of Congress debate the topic for an extended period of time. In the Senate, 60 votes are required to end a filibuster.

During their conversation, Markey read the 15th Amendment to the Constitution which says the right to vote can’t be denied or abridged based on “race, color, or previous condition of servitude.” He said democracy will be undermined and threatened if the filibuster remains for voting rights issues.

“I don’t think there was ever a moment when the people who wrote that amendment to the Constitution, or the original founding fathers of the Constitution ever meant for there to be a minority of senators to be able to block with the majority will in the United States,” Markey said. “Right now there is a clear majority will for the protection of the voters. And it’s only the filibuster that stops it because they contend that we need 60 votes, we need 60% of the Senate, in order to protect people and that of course is absolutely absurd.”

Bush, a Democrat from the first district of Missouri, asked how minority groups, such as BIPOC and those with disabilities, are supposed to get justice when many proposed changes are inhibited by the filibuster.

“The filibuster is not even in the constitution. … It’s not something that we have to have,” Bush said.

Both Bush and Markey discussed how the filibuster has directly affected voting rights for decades. Abolishing the filibuster would clear a path for both the Freedom to Vote Act and the John Lewis Voting Rights Advancement Act. If passed, together the acts would be the most comprehensive democracy reform law enacted in decades.

“We’re going to have this debate on Martin Luther King Jr. Day in the United States Senate, and we have to repeal the filibuster so that we can redeem the promise of all those generations that fought for everyone in the country to have these rights,” Markey said.

Markey isn’t the only prominent Massachusetts politician to come out in support of changing the rules to no longer allow filibustering for voting rights. Assistant House Speaker Katherine Clark, from Massachusetts’s fifth district, wrote an op-ed in Newsweek last week saying “We must abolish the current filibuster to protect the vote and fair elections. The future of the republic depends on it.”

Sen. Elizabeth Warren has also been vocal in calling for the removal of the filibuster for voting rights. President Joe Biden also came out in support of a change to filibuster rules earlier this week.

Markey and Bush ended their Twitter Spaces event discussing how they were feeling about their odds. Bush said she is “optimistic that the work will get done.”

“We’re gonna fight, we’re gonna struggle for the next four days,” Markey said to Bush. “I just hope that a victory can be reached on the filibuster [and] on voting rights, but on all the other issues that you care about and that our country needs to see put in place to protect those most vulnerable.”

Shortly after Markey and Bush finished up their conversation, President Biden signaled he’s not confident his party’s signature elections and voting rights bills will pass Congress this year. The announcement at the Capitol came after Sen. Kyrsten Sinema of Arizona revealed her refusal to go along with other Democrats to change the Senate filibuster rule.

“The honest to God answer is I don’t know whether we can get this done,” Biden said. “As long as I’m in the White House, as long as I’m engaged at all, I’m going to be fighting.” 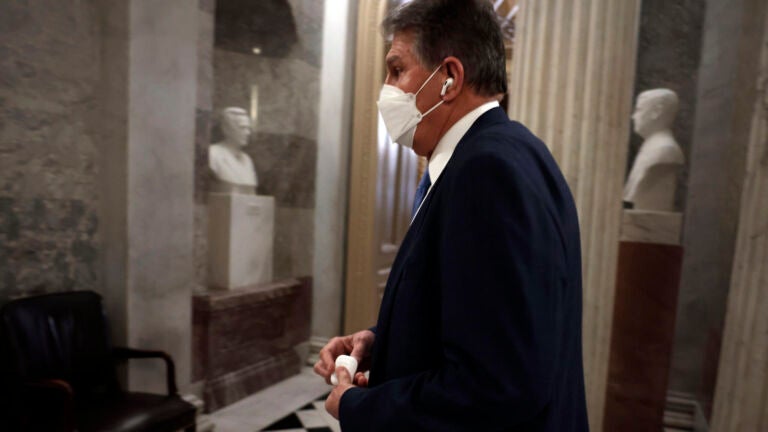