The move by Newsom rejected an August recommendation from a two-person panel of parole commissioners that Sirhan, 77, should be freed. Two of Kennedy’s sons — Douglas Kennedy and Robert F. Kennedy Jr. — have said they support Sirhan’s release, but the remainder of their siblings and their mother, Ethel Kennedy, have expressed strong opposition to him being freed.

“His refusal to admit the truth makes it impossible to conclude that he has overcome the evil that boiled over 53 years ago,” the family members said in the statement. “After decades in prison for a horrific crime, it is difficult to imagine that he ever will.”

Read the full statement below:

We are grateful to California Governor Gavin Newsom, and deeply relieved by his decision today to deny parole to the killer of Robert F. Kennedy.

A little over fifty-three years ago, our family gathered for its first Christmas without our beloved husband and father. Six months earlier, one man killed him in plain view of his wife, friends, staff, journalists, and photographers. Eleven children were left without a father, their mother without her husband — and our nation deprived of a unique leader.

A visionary and champion of justice, Robert Kennedy fought for progress and hope. As U.S. Attorney General, as Senator, and as candidate for President, he worked tirelessly so that all Americans were both united and fully equal. He sent troops to integrate the University of Mississippi after a segregationist riot left two dead and hundreds injured. He campaigned for voting rights in all corners of the South. He stood up for marginalized students and children with disabilities. He traveled to South Africa to oppose apartheid. And he became a leading voice to end the war in Vietnam. In his final chapter, he ran for President on a platform of economic and racial justice, inspiring millions and earning the support of Americans of all regions, ages and backgrounds. He strove to heal the divisions threatening to tear this country apart.

All this was cut short by an enraged man with a small gun. Driven by maliciousness and resentment, the killer’s violent act contradicted the values of openness, dialogue, and democratic change that Robert Kennedy embraced and that underlie our political system. Leading up to the murder, the killer wrote in his diary more than a thousand times that “RFK must die,” “must be disposed of like his brother was,” “must be assassinated.” Embittered by the Arab-Israeli conflict, he admitted at trial that he acted deliberately on the anniversary of the Six-Day War, killing in reprisal for Kennedy’s pledge to send military aid to Israel. The killer’s deep-seated hatred extended beyond the assassination he consummated; he also wrote that others should be murdered, including Ambassador Arthur Goldberg and President Johnson.

Those facts carry weight today and forever. We are proud to continue Robert Kennedy’s vision of a fair and compassionate criminal justice system, one with an ultimate goal of rehabilitation — but only for offenders capable of achieving it. Robert Kennedy was taught by his faith that every individual deserves mercy and compassion, including those who have committed horrible wrongs. He also knew that mercy and compassion may be granted by victims and by the state — dependent on the actions of the convicted. The offender must transform himself. And certainly for premeditated murder, time alone is not a measure of rehabilitation.

California’s parole system reflects these same values. Parole is available for a reformed inmate, but not for a prisoner who “currently poses a threat to public safety.” “Insight”, a key factor in showing a defendant is no longer dangerous, is demonstrated by a defendant’s acknowledgment of the gravity of his offense, acceptance of responsibility for his conduct and the resultant harm, and display of genuine remorse and reform.

This inmate has shown no such “insight”. In contrast, despite overwhelming proof of his guilt, this inmate continues to deflect blame for his crime through 16 parole hearings. Incredibly, he insisted in his August 2021 hearing that his role in one of American history’s most infamous crimes was unsettled. He could do no more than express purported regret “if I did in fact” kill Robert Kennedy, or “whether I did or whether I did not” shoot him. As one court of appeal has explained, an inmate’s “inherently improbable” denial of the facts “reflects on the inmate’s credibility,” “indicates a refusal to admit the truth to himself and to others,” and “establishes a nexus to current dangerousness because it indicates the inmate is hiding the truth and has not been rehabilitated sufficiently to be safe in society.”

Further, the political passions that motivated this inmate’s act still simmer today, and his refusal to admit the truth makes it impossible to conclude that he has overcome the evil that boiled over 53 years ago. After decades in prison for a horrific crime, it is difficult to imagine that he ever will. He remains a danger to public safety and must continue to be incarcerated for the protection of the community.

Because of how entwined into popular culture this murder has become, amplified by the regularity of the inmate’s attempts to be freed, our family has been forced to watch our husband and father be killed thousands of times. The pain of reliving his last moments, over and over again, is simply unbearable. Instead of contrition, this inmate points to what he sees on the clock rather than to what he knows in his heart, believing somehow that the passage of time is expiation enough. It is not enough, and no time-served is long enough to justify paroling a man entirely lacking insight into his premeditated political assassination.

We are greatly appreciative of the Governor’s consideration of the facts and his faithful application of the law. His decision represents the vindication of the rule of law over all who would betray it with hatred and violence. By reaffirming that freedom is dependent on responsibility, the Governor protects Californians and people around the world—and that is in the tradition, and faithful to the legacy, of Robert Kennedy. We are deeply grateful for this decision, aimed at ensuring that no family nor our nation will suffer the same heart-breaking, irredeemable loss. 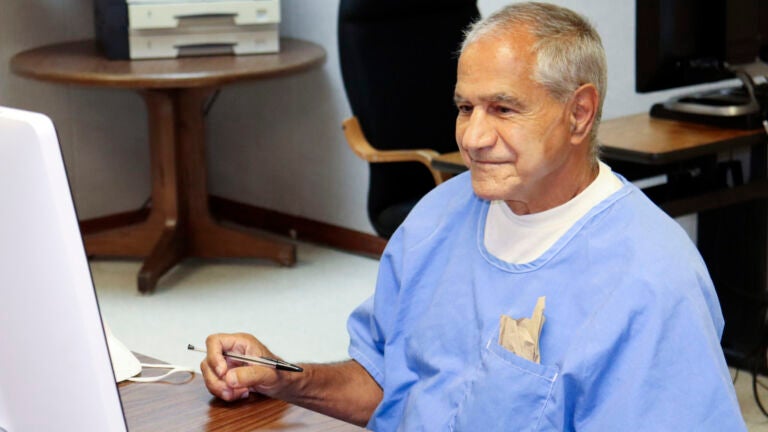