Boston Mayor Michelle Wu proposed a city ordinance Monday that limits the times you can protest outside of someone’s private residence to 9 a.m. to 9 p.m.

Reactions to the measure were swift, with some calling it an abridgement of free speech.

But in an interview with WBUR Monday afternoon, Wu defended the ordinance, saying it limits the forms of protest that border on harassment, and that it protects neighbors of public figures who can also bear the brunt of protests at private residences despite having nothing to do with the public figure.

Wu began by saying she values protecting the right to free speech, the right to protest, and the way those things help hold leaders accountable. But at the same time, she said, people in the U.S. are very divided right now, and there is currently a rise in hateful rhetoric.

For the last none weeks, Wu has been the target of protesters who are against masking and vaccine mandates. She said they often come to her home to protest as early as 7 a.m.

Wu said that what she and her neighbors have experienced the last nine weeks has been “targeted harassment.”

Wu explained that the ordinance is based on an ordinance from a few years ago in Wisconsin that limited anti-abortion protesters picketing outside abortion providers’ homes.

“Our ordinance is much more targeted and limited. It really just puts restrictions from 9 p.m. to 9 a.m., to protect those early morning hours and late night hours that are really valuable for sleep and your health and wellbeing and that sense of having the peacefulness of your home,” she said.

Wu said her neighbors, who include elderly and families with young children, have lost a sense of peace in their homes, as well as quality sleep, because of the protesters.

“This is a situation where, for me, it’s something I signed up for when I ran for office. I welcome that accountability,” she said. “But it does have an impact on the health and wellbeing of our communities.”

Wu emphasized that there are many other avenues by which citizens can make their views known to government officials, such as protesting outside City Hall and other public buildings, writing letters to the editor, and organizing campaigns.

“We want to ensure there are as many avenues as possible to help support our democratic process and be involved and speak your your views,” she said.

“But when the goal becomes less about speaking, having the right to be heard, and share your views, and more about repeatedly taking away a community’s sleep every single day at 7 a.m. just to ensure that you can try to verge on breaking the will of that community, that is harassment and Boston is better than that.”

When asked about enforcement of the ordinance, Wu said the punishment for breaking it would be a series of increasing fines depending on how many times someone has abridged the ordinance.

Wu wasn’t sure if she has the support of Boston City Council, which she will need to pass the ordinance, but said that some city councilors have experienced the same type of protests in the past.

The ordinance will be presented at the next Boston City Council meeting on Wednesday. 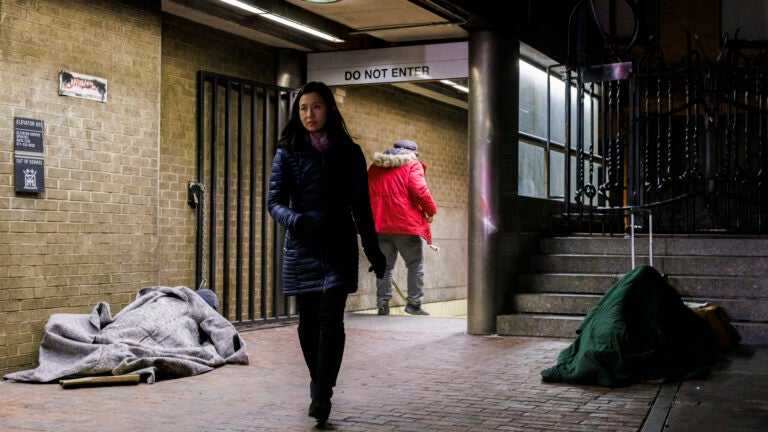