A bill to allow undocumented immigrants to get driver’s licenses in Massachusetts is all but law Thursday, passing the Senate with a large enough margin to overrule a veto from Gov. Charlie Baker.

The vote was 32 to 8, with five Democrats voting with the chamber’s Republicans against the bill, State House News Service (SHNS) reported. The margin was still more than the two-thirds majority needed to override a veto from the governor.

The Massachusetts House passed a bill allowing undocumented immigrants to obtain driver’s licenses in the state in February by a margin that would override a veto as well, according to SHNS.

Proponents of the bill have touted it as beneficial for road safety, the news service reported, asserting that the approximately 185,000 undocumented immigrants in Massachusetts would be tested before driving.

“Allowing parents to drive their kids to school, take them to doctor’s appointments or be in charge of carpooling to take their kids to soccer, all without the concern they may be separated if they are pulled over, will allow children of undocumented immigrants to breathe and have a sigh of relief,” Sen. Adam Gomez, a Springfield Democrat and one of the bill’s main sponsors, told the news service.

Before the bill becomes law, representatives from the House and Senate must reconcile the different language between the two bills, and then it must be signed by Gov. Charlie Baker. If he vetoes the bill, it would go back to the Legislature to see if the veto would be overridden.

Notably, the news service reported, the bill would only allow undocumented immigrants to obtain a standard Massachusetts license, not a Real ID license, which will be required to board domestic flights and enter certain federal buildings about a year from now.

During the debate over the bill Thursday, SHNS reported, the five Democrats and three Republicans argued for having driver’s licenses issued to undocumented immigrants reflect their undocumented status in some form.

“I am one of those who comes to the chamber concerned about some of the provisions before us, concerned because a driver’s license is one of the most, if not the most, recognizable, important pieces of identification in our society, bar none,” Bruce Tarr, the chamber’s minority leader, said at the start of the session, the news service reported.

“Trying to ensure our driver’s licenses have integrity and cannot be misused for various purposes — those are important things, and those things don’t go away because of the hardships we’ve heard about.”

Bill sponsor Sen. Brendan Crighton, a Lynn Democrat, argued against this compromise, according to SHNS, saying it would prevent undocumented immigrants from testing for a license, which would go against the point of the bill.

“We believe that could lead to stigma, open up opportunities to discriminate,” Crighton said. “It is unnecessary because we are just focused on the ability of someone to drive.”

“Green card holders are required to explicitly demonstrate lawful presence, OK? We’re talking about a situation now where, under the current statute as I understand it, all the rules associated with determining lawful presence are going to go away. That’s a problem,” Baker said.

“It basically means, in some respects, the Registry is going to be flying blind with respect to what it issues when it issues these licenses. And it puts tremendous pressure on cities and towns to do the cleanup on the back end.”

Despite the overwhelming support from the Legislature, Massachusetts residents are split on allowing undocumented immigrants to get driver’s licenses, a recent poll showed.

A Suffolk University-Boston Globe poll of 800 Massachusetts residents published Monday found that 46.6% of residents oppose the measure, while 46.1% support it. About 7% are undecided. 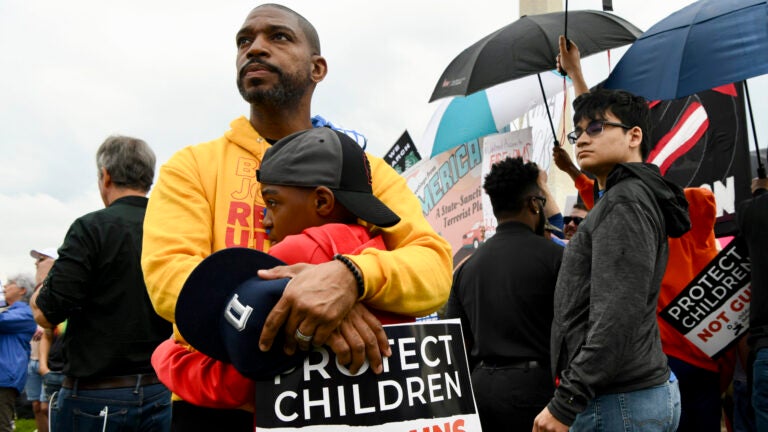