WASHINGTON — Acting swiftly after a leaked Supreme Court opinion that would overturn Roe v. Wade, Sen. Chuck Schumer, D-N.Y., the majority leader, has set a vote for Wednesday to take up a bill that would codify abortion rights in federal law.

The bill, if passed, would protect abortion access nationwide at a moment when it is under imminent threat, with multiple states enacting or proposing strict limits or outright prohibitions. But the legislation is all but certain to be blocked in the Senate on Wednesday, when Democrats fall short of the 60 votes they would need to break a Republican filibuster.

Still, Democrats see a political opportunity before the midterm elections in forcing Republicans to go on the record against the measure when polls show that most voters favor at least some legal abortion. They plan to use the defeat as a chance to make the case to voters that Republicans are extremists, and the only way to safeguard reproductive rights and other vital protections is to elect more Democrats.

The measure does substantially more than simply codify Roe: It would invalidate a variety of restrictions to abortion access that have been enacted by states since the precedent was established in 1973.

Some Republicans who support abortion rights have proposed an alternative, which they say would enshrine those rights in federal law. But their measure lacks specifics and any enforcement.

Here is a closer look at the Democrats’ bill, the Republican proposal and the issues driving the debate.

The landmark Supreme Court decision legalized abortion across the country, striking down laws in many states that had previously barred the practice. It held that laws banning the procedure before fetal viability — that is, when a fetus could survive outside the womb — were unconstitutional.

Today, that is at about 24 weeks of pregnancy. The draft Supreme Court opinion leaked last week would strike down the decision, moving the issue out of the courts and back into the hands of elected officials nationwide.

Planned Parenthood v. Casey, another monumental case for reproductive rights that was decided in 1992, affirmed what it called the essential holding in Roe: that states may not prohibit abortions before fetal viability. It said that states could not impose an “undue burden” on the right to abortion.

The Democrats’ bill would invalidate a wide variety of abortion restrictions.

The legislation that Democrats are trying to bring up this week, the Women’s Health Protection Act, would explicitly give health care providers the right to provide abortion services and their patients the right to obtain them.

It goes substantially further than codifying Roe v. Wade, laying out a lengthy list of prohibited restrictions and limits — many of which have been enacted by states, effectively putting abortion nearly or entirely out of reach. For instance, it would bar mandatory ultrasounds, waiting periods and requirements that providers obtain admitting privileges at local hospitals.

The legislation also would allow courts to consider several factors when deciding whether a restriction would infringe on abortion rights, including whether it would increase the costs of providing or obtaining abortion services, including those associated with travel, child care or taking time off work.

Some Republicans who support abortion rights call the bill too broad.

The two Senate Republicans who support abortion rights, Sens. Susan Collins of Maine and Lisa Murkowski of Alaska, have raised objections to the Democrats’ bill, noting that it would bar state laws that require certain materials to be given to abortion patients or those that require parental or guardian notification for minors seeking to terminate their pregnancies.

Collins said she opposed the Democrats’ bill partly because it lacks an exception to give Catholic hospitals the right to refuse to perform abortions, in line with their religious beliefs.

Yet the measure may lack the simple majority it would need to pass if it could make it past a Republican blockade. On Monday, Sen. Joe Manchin, D-W.Va., who opposes abortion rights, said he would “wait and see” what his colleagues had to say about the bill before deciding how he planned to vote. In February, he voted against bringing up a nearly identical measure.

Sen. Bob Casey, D-Pa., who has long described himself as anti-abortion rights, said Tuesday that he would support the bill, potentially leaving Manchin as the lone Democratic holdout. Casey voted in February to consider the bill, but indicated for the first time that he supported the legislation itself.

Democrats have revised their bill to widen its appeal.

Since the vote in February, Democrats have tried to make their bill more palatable to moderate lawmakers in both parties.

They stripped out a lengthy series of findings, including passages that referred to abortion restrictions as “a tool of gender oppression.” Also scrapped was a section clarifying that while the bill referred to women, it was meant to protect the rights of “every person capable of becoming pregnant,” including transgender men and nonbinary individuals.

But both Collins and Murkowski have indicated that they are still opposed and pressing their own alternative. Schumer said Democrats would not compromise on the substance of their bill.

In February, Collins and Murkowski introduced their own bill, the Reproductive Choice Act, which they describe as codifying Roe v. Wade. The bill is only three pages long and was written without the consultation of reproductive rights groups, according to representatives from those organizations.

The legislation is simple: It would declare that states cannot impose an “undue burden” on the ability to choose whether to terminate a pregnancy before fetal viability, borrowing key language from the Casey decision.

But reproductive rights advocates have said it leaves too much unsaid and lacks clear guidance about what states can and cannot do, leaving vital decisions in the hands of courts that have become increasingly hostile to abortion rights. The measure does not explicitly rule out abortion bans before a fetus is viable or bar any specific prohibitions on abortion methods.

“They’re pushing a toothless bill,” said Autumn Katz, senior counsel at the Center for Reproductive Rights. “It says it codifies Roe, but in reality, it does not do that.”

For instance, it is not clear that the bill would prohibit a ban like the one that is before the Supreme Court, Dobbs v. Jackson Women’s Health Organization, which involves a Mississippi law that bans nearly all abortions after 15 weeks of pregnancy. The measure would leave the door open for proponents to argue that such a ban is not an “undue burden.”

Democrats and groups like Planned Parenthood contend that the bill would invite states to continue to restrict abortion care. The legislation says that states “may enact regulations to further the health or safety of a woman seeking to terminate a pregnancy,” language that they said was similar to what is currently used to justify abortion restrictions across the country.

The bill’s sponsors say they are merely trying to preserve the status quo.

“Unlike some progressive activists, Sens. Collins and Murkowski want the law today to be the law tomorrow,” said Annie Clark, a spokesperson for Collins. She added that those who took issue with the bill “must also disagree with Roe and Casey.” 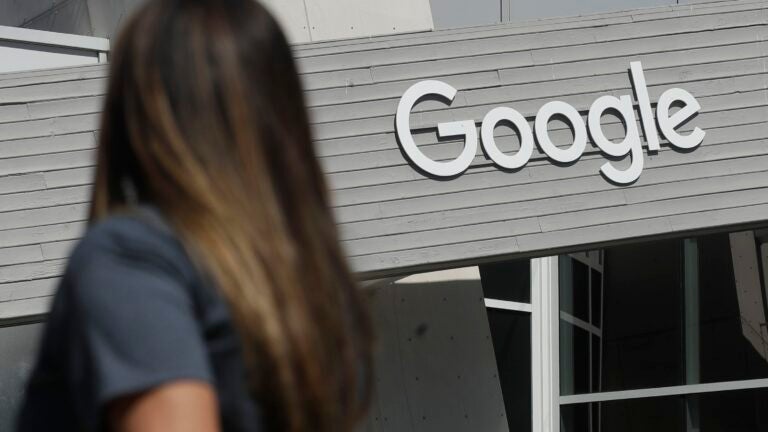