SEATTLE (AP) — A federal judge in Seattle has declined to order Sen. Elizabeth Warren to retract statements she made criticizing a book that promotes misinformation about COVID-19 and suggesting that companies that sold it might face liability.

U.S. District Judge Barbara Rothstein on Monday issued an order rejecting the request by the publisher and authors of the book “The Truth About COVID-19,” which accuses the “global elite” of using the pandemic to grab “unprecedented power.”

The lawsuit said a letter Warren sent to Amazon complaining about the company’s sale of the book amounted to censorship. The plaintiffs sought a preliminary court order requiring Warren to publicly retract her letter and banning her from issuing further such letters.

The book is by Dr. Joseph Mercola, a Florida osteopath who has a long history of selling unapproved health products, and Ronnie Cummins, an activist against genetically modified food. It features a foreword by Kennedy.

It promotes unproven and possibly dangerous treatments for the coronavirus, Warren said, while falsely suggesting COVID-19 vaccines approved by the government have not been properly tested. The Food and Drug Administration has warned Mercola to stop offering vitamin D and other products as “safe and/or effective for the treatment or prevention of COVID-19.”

In a letter last September, Warren accused Seattle-based Amazon of peddling misinformation, saying the company’s search algorithms promoted the book. Warren suggested Amazon’s actions were “unethical, unacceptable, and potentially unlawful,” and she asked the company to review its algorithms.

Chelsea Green, along with the book’s authors, sued, saying the book contains factual information and reasonable opinions protected by the First Amendment. Warren’s “veiled threats” that Amazon or other booksellers could face legal repercussions for selling the book amounted to unlawful government censorship, the lawsuit said.

But in her order denying the request for a preliminary injunction, Rothstein noted that Warren is just one senator, “far removed from the power to legally punish booksellers for continuing to sell” the book.

“The threat of legal sanctions can act as an unlawful restriction on speech, but a threat will only be perceived as such if there is a realistic chance the threatened action can be carried out,” Rothstein wrote. “Defendant Warren does not have any unilateral investigative authority, and there is no immediate statutory basis for her statement that Amazon’s practices are ‘potentially unlawful.’”

The lawsuit continues but the judge wrote that the plaintiffs were “unlikely to succeed on the merits of their claim that Defendant Warren’s letter constitutes a prior restraint on speech.”

The book continued to be offered for sale on Amazon’s website. 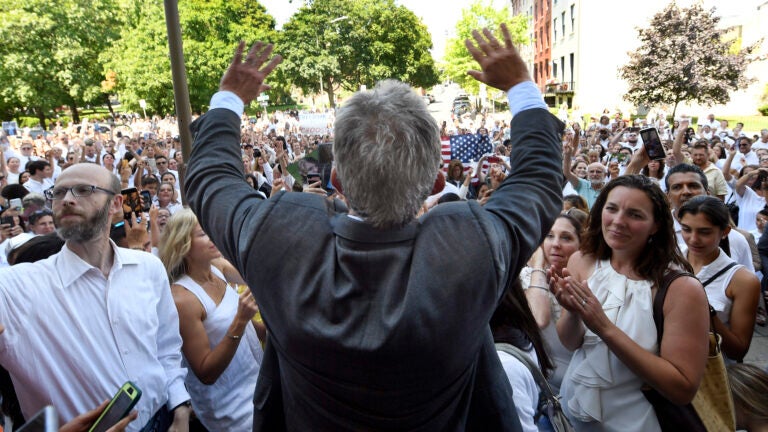