NEW YORK (AP) — An unidentified gunman shot and killed another passenger on a moving New York City subway train Sunday morning in what police officials said appeared to be an unprovoked attack.

The shooting happened on a Q train traveling over the Manhattan Bridge at around 11:40 a.m., a time of day when subway cars are often filled with families, tourists and people headed to Sunday brunch.

Witnesses told police the gunman was pacing the last car of the train, “and without provocation, pulled out a gun and fired it at the victim at close range,” said the NYPD’s Chief of Department, Kenneth Corey.

The 48-year-old victim died at a hospital and was later identified by police as Daniel Enriquez of Brooklyn.

The shooter fled after the train arrived at the Canal Street station in Manhattan. Police were reviewing security video to try to identify him. Corey told reporters at a briefing that while the circumstances were still being investigated, witnesses couldn’t recall any prior interactions between the gunman and the person he shot. A single 9mm shell casing was recovered at the scene, police said.

The shooting came at a time when New Yorkers’ faith in the safety of the subway system has been rattled.

Last month, a man opened fire inside a Brooklyn subway train, scattering random shots that wounded 10 people. The person charged in that attack, Frank James, had posted dozens of online videos ranting about race, violence and his struggles with mental illness.

In January, a man suffering from schizophrenia fatally shoved a woman in front of a subway train. He was later found mentally unfit to stand trial.

Since taking office Jan. 1, Mayor Eric Adams, a Democrat, has made cracking down on violent crime a chief focus of his administration.

The former New York City police captain rode the subway to City Hall on his first day as mayor. He later said he didn’t feel safe on the train after encountering a yelling passenger and several homeless people, and said the city needs to tackle “actual crime” and “the perception of crime.”

Most of the violence the city has experienced in recent months has not been in the subways but in neighborhoods, particularly in communities of color. But attacks on the subway, a vital network millions of New Yorkers rely upon, loom large in public perceptions of safety. 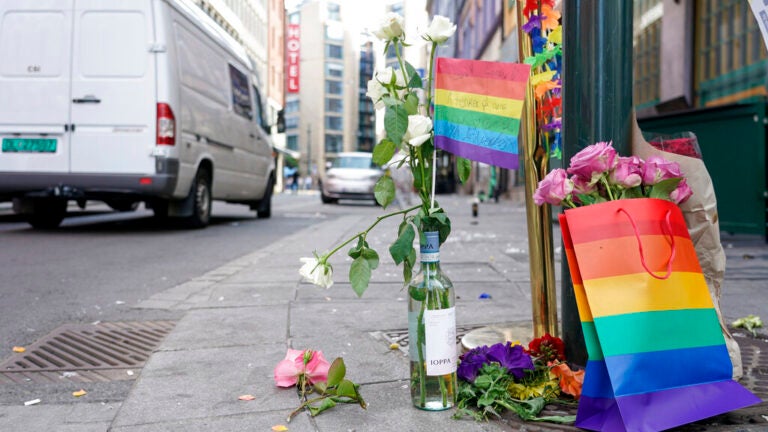