Two senators from opposite sides of the political aisle met Monday at the Kennedy Institute in Boston for a debate focused on the economy.

One topic dominated much of the conversation between Vermont Sen. Bernie Sanders and South Carolina Sen. Lindsey Graham: high gas prices. The two politicians had different takes on fixing the high prices plaguing people’s wallets, with Graham blaming prices on Democrats and Sanders putting the onus on big oil companies.

“I think in the midst of what is going on in this world, that is the war in Ukraine, and the sapping of Russian oil. I think what the oil companies are doing is taking advantage of that situation and raising prices to an outrageous level which is hurting the American working family,” Sanders said.

Graham called on people to vote for Republican candidates in the next election, and pointed to the actions of Democratic politicians in power as at fault for the increased prices.

“How did we go from energy independence to where we are now? Policy matters. During the campaign in 2020, President Biden and Senator Sanders campaigned against eliminating fossil fuels as we know it in America,” Graham said.

Graham went on to say it is not gas companies who don’t want to produce more oil and gas, and blamed it on policies.

The two lawmakers met in Boston for the first installment of The Senate Project, a series of debates hosted by the Bipartisan Policy Center, the Orrin G. Hatch Foundation, and the Edward M. Kennedy Institute for the United States Senate. The project aims to reintroduce “the culture of seeking common ground and consensus that has been the essence of the Senate since it was conceived in 1789,” according to Fox News Media.

Sitting in a full-size replica of the U.S. Senate chambers, Sanders proposed taxes on oil companies as a solution to high prices.

“I do think we have to do something about the outrageously high price of gas. I think the President should bring the major oil companies in and tell them we’re gonna have a windfall profit tax on what they’re doing in order to stop them from ripping off the American people,” Sanders said.

On the other side, Graham said people should vote Republican so Republicans can return to increased production from oil companies.

“It’s not the oil companies that are driving these prices. They want to produce more they just can’t. … It is the policies of this administration — the stated goal of this administration is to destroy fossil fuel production in America and they’re on track to do that,” Graham said. “Folks, if you want to lower gas and oil prices, vote Republican to see if we can find a few Democrats who will go back to increased production in America so that we can lower gas prices in a way that works.”

That call, to vote Republican in 2022, was a recurring one from Graham during the hour-long debate Monday hosted by Bret Baier, chief political correspondent for Fox.

“I just want to remind you that the Democrats are in charge. After hearing Bernie talk, things are tough, but they’re gonna get better, right? And socialism is not the answer to all these problems,” Graham said. “So I just want to remind you a little bit about where we’re at. The Democrats have the House, the Senate, and the White House. All these problems that we’re talking about, they could change or fix if they could. Their agenda is not working.”

“What I’m going to tell you is that the working class and the middle class of this country are in serious trouble. We are moving toward an oligarchic form of society, where a small number of billionaires not only have extraordinary wealth, they have extraordinary political power,” Bernie said. “Now is the time for the American people to stand up. Make it clear that enough is enough and that we need a government that starts representing all of our people, not just wealthy campaign contributors.”

The debate was livestreamed on Fox’s streaming service, Fox Nation, on Monday, but will air on Fox News on Saturday at 7 p.m.

Over the first half of the debate, which consisted of opening statements and timed responses, the senators also touched on defunding the police (a course of action that both said they do not support), health care, immigration, and social security.

Both senators pointed fingers at each other, Graham accusing Sanders of being a socialist, and Sanders calling out Graham for parroting the party line.

In the second half of the debate, it transitioned to a moderated format, with Baier asking questions of both candidates. They covered lifting tariffs on China, former President Donald Trump’s claims of a stolen election, healthcare, gun reform, and their time together on the Budget committee, among other topics. 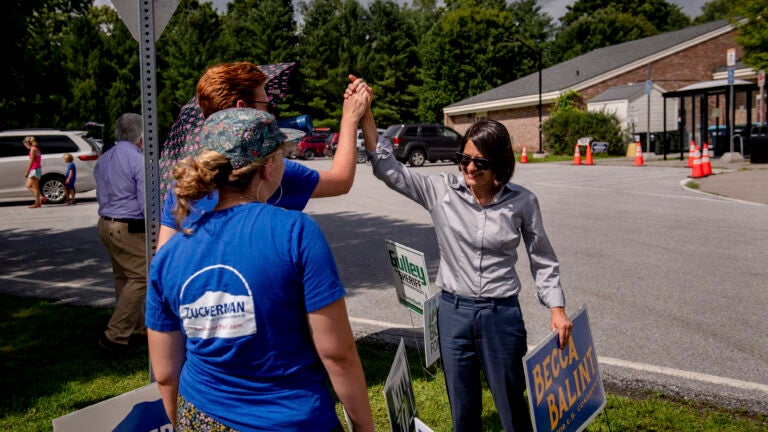