WASHINGTON — Fresh from the political thicket of the U.S. Supreme Court, the struggle over abortion is now moving to venues that are poised to become the next front line in the country’s partisan warfare: state supreme courts.

In Florida, seven justices appointed by Republican governors will decide whether the state constitution’s explicit right to privacy, which protected abortion rights in past rulings, remains a precedent. In Michigan, a court with a 4-3 majority of Democratic nominees has been asked to conclude whether a 91-year-old law banning abortions is constitutional. In Kentucky, a decision on a ban on almost all abortions appears bound to a Supreme Court composed largely of nonpartisan elected justices.

In those states and others, the federal reversal of Roe v. Wade tosses one of the nation’s most politically explosive issues into courtrooms that, until recently, had operated mostly beneath the radar of national politics.

The increasing political pressure on justices — and the rightward drift of some courts — suggests that options for abortion rights advocates to soften the impact of the federal abortion ruling may be limited. It also reflects how partisan politics is emerging as a driving force in how some justices rule.

Over the past decade or so, the national Republican Party and other conservative groups have spent heavily to move both state legislatures and courts rightward. The party’s Judicial Fairness Initiative said it has spent more than $21 million since its formation in 2014 to elect conservatives to state courts and will spend more than $5 million this year. The Judicial Crisis Network, a conservative advocacy group that has been a principal backer of recent Republican nominees to the U.S. Supreme Court, also has invested money in state Supreme Court races.

The Democratic Party has also poured growing sums of money into court elections, as have allies like labor unions — but not as much and not for as long as have Republicans. But the rightward lurch of federal courts increasingly is leading progressives to see state courts as potential bulwarks against more conservative gains, said Joshua A. Douglas, an elections and voting rights scholar at the University of Kentucky.

The right’s focus on the courts could pay off handsomely in legal battles over abortion, according to Douglas Keith, an expert on state judicial issues at the Brennan Center for Justice at New York University.

Consider Iowa, whose Supreme Court ruled in 2018 that the due process clause in the state constitution guaranteed a right to abortion. Aided by an advertising campaign financed by the Judicial Crisis Network, the General Assembly then revised the judicial nominee process, handing more control to the governor, Kim Reynolds.

Reynolds, a Republican, turned the court into a conservative bastion. Last month, a week before the U.S. Supreme Court overturned its ruling in Roe v. Wade, the Iowa justices reversed their own 2018 ruling on abortion.

Montana also recognizes a constitutional right to abortion. In the nonpartisan primary election last month for one of its Supreme Court’s seven seats, both the Judicial Fairness Initiative and the state Republican Party spent money to ensure that a candidate endorsed by opponents of abortion, James Brown, would oppose an incumbent judge, Ingrid Gustafson, in November. Gustafson was nominated to the bench in 2017 by the governor at the time, Steve Bullock, a Democrat.

The reversal of abortion rights in Iowa “is not the last one we might see,” Keith said. “The lack of attention that these courts have gotten from the left, comparatively, is going to come home to roost.”

A major test looms in Florida, where the state constitution’s Bill of Rights declares that “every natural person has the right to be let alone and free from governmental intrusion into the person’s private life.”

The Florida Supreme Court previously cited that explicit guarantee of privacy in striking down laws that restricted access to abortion. That precedent now appears endangered.

In 2019, the last three justices who had been nominated by a Democratic governor retired. Gov. Ron DeSantis, a Republican who has made opposition to abortion a centerpiece of a possible presidential campaign, replaced them with conservatives.

From voting rights to redistricting, the state Supreme Court has ruled reliably in support of conservatives in recent years. Daniel A. Smith, a University of Florida political scientist who watches the court, said he believed that was unlikely to change.

“I think the U.S. Supreme Court is sending a signal to justices in state high courts that precedent no longer matters,” he said. Smith predicted that the constitutional guarantee of privacy “will be whittled away” when the state court makes its abortion ruling.

Attorney General Daniel Cameron of Kentucky, a Republican, has asked the state Supreme Court to issue an emergency order suspending a lower court decision allowing the state’s only abortion provider to remain open. In elections to the state Supreme Court this fall, state Rep. Joseph Fischer, perhaps the Legislature’s leading opponent of abortion, is running to unseat Michelle M. Keller, who was appointed to the court in 2013 by Steve Beshear, a Democrat who was then the governor.

National political parties and interest groups will focus their money and attention this fall on state supreme courts in four states — Illinois, Michigan, North Carolina and Ohio — where elections could flip the courts’ majority from Democratic to Republican or vice versa. But other states could be in play.

Six of seven justices on the Democratic-led Supreme Court in Kansas must stand for retention elections, and some are likely to become targets of Republicans infuriated by the court’s ruling in 2019 that abortion is a constitutional right. Arkansas Republicans are backing a former chair of the state party against a Democratic incumbent justice in an effort to scrub remaining moderates from the already conservative court.

Even more than abortion, the focus on state courts has reflected the politics of redistricting, particularly after a 2019 U.S. Supreme Court ruling that left oversight of partisan gerrymanders to state legislatures and courts. National Republicans say changing state supreme courts is the only way to stop Democrats from gaining power by successfully suing to overturn gerrymandered Republican political maps, a strategy they mockingly call “sue till it’s blue.”

“If Republicans and conservatives want to control the redistricting process, then winning control of state legislatures is not enough. You also need to control the supreme courts,” said Andrew Romeo, a spokesperson for the Republican State Leadership Committee.

Kelly Burton, president of the National Democratic Redistricting Committee, which has backed many of those suits, said the battle was more about stopping a creeping autocracy than about changing political boundaries.

“It’s about voting rights cases,” she said. “It’s about fights over access to abortion. And fundamentally, we’re trying to protect these courts as neutral arbiters, while Republicans want to make them less independent and more partisan.”

Some justices say they feel caught in the middle as partisan pressures surge.

Maureen O’Connor, a Republican who is chief justice of the Ohio Supreme Court, was threatened with impeachment by some in her party this spring after she voted with Democratic justices to strike down political maps gerrymandered by Republicans.

To some people, she said, her vote on redistricting “shows integrity and independence and respect for the rule of law and the Constitution. To others, I am a traitor.”

Nathan Hecht, the chief justice of the all-Republican Texas Supreme Court, has campaigned for years to scrap the state’s system of partisan elections for judicial positions. “Texas has one of the stupidest systems in the world,” he said, and he worries that growing partisanship will make it even worse.

Still, he said he thought there was a good chance that as divisive issues like abortion “devolve down to the states, the states will find ways to reach a middle ground that federal lawmakers have not been able to find.” But, he added, “I’m not going to bet on that.”

On Friday, the Texas court lifted a lower court freeze on a 1925 law that bans abortions and holds out the prospect of imprisonment for those who provide them. A full hearing on the law will be held later. 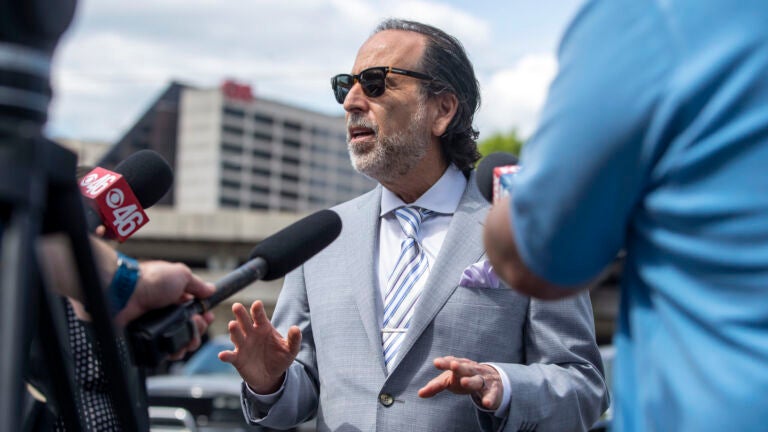