The Republican governor of Maryland condemned his party’s nominee for state attorney general over the weekend for previously promoting a conspiracy theory about the Sept. 11, 2001, attacks. The governor criticized the GOP’s direction two weeks after its voters chose far-right candidates for top state offices.

“Blaming our country for Al Qaeda’s atrocities is an insult to the memory of the thousands of innocent Americans and brave first responders who died that day,” Gov. Larry Hogan wrote on Twitter on Sunday. “These disgusting lies don’t belong in our party.”

The nominee, Michael Anthony Peroutka, suggested on a radio show he co-hosted in 2006 that controlled demolitions brought down the World Trade Center, a thoroughly debunked conspiracy theory. CNN reported his remarks Sunday.

“If the buildings in New York City, the World Trade Center buildings, came down by demolition charges — that is to say, if there was this evidence that there was, that something was preset there — then the implications of that are massive,” Peroutka said. “I’ve been doing some reading and doing some studying, and I believe that to be very, very true.”

He then wondered if there were “charges in every building” in New York City, “ready to be brought down whenever some elite bureaucrat decides that he’s going to pull it.”

Peroutka, who has also previously denounced public education and the separation of church and state, did not immediately respond to requests for comment Monday.

Hogan, a moderate Republican who is popular in Maryland but cannot run for reelection because of term limits, has been a rare internal voice against the GOP’s rightward lurch. He endorsed a protégé, Kelly Schulz, to replace him as governor, but Schulz lost the Republican primary to Dan Cox, a Trump-endorsed state legislator.

Cox denies the legitimacy of the 2020 election, has connections to the QAnon conspiracy theory and has campaigned on Christian nationalist positions. Hogan, whose spokesperson did not immediately respond to a request for comment, has said he will not support him in the general election.

Hogan is all but ceding his office to a Democratic successor; the Democratic nominee, Wes Moore, an author and former nonprofit executive, is heavily favored against Cox.

Even before Hogan condemned Peroutka’s remarks, Brown was expected to succeed Brian Frosh, another Democrat, as attorney general. Maryland, which is reliably Democratic in federal elections, has historically been receptive to moderate Republicans like Hogan for state offices, but not to those further to the right.

Peroutka, a former chair of the Anne Arundel County Council and the Constitution Party’s 2004 presidential candidate, was once affiliated with the neo-Confederate organization League of the South and has promoted extreme views.

In an opinion essay published in 2014, he called the separation of church and state a “great lie.” In a council debate that year, he said the First Amendment’s prohibition on an establishment of religion was meant only to protect different Christian denominations, not “Muhammadism or Islam”; denounced free public education as “the 10th plank in the Communist Manifesto”; and ridiculed evolution. “Our children are taught that their great-great-granddaddy was a hunk of primordial ooze in a pond somewhere and that their granddaddy was a slimy eely thing that finally grew legs after a million years and their daddy was a monkey,” he said in the debate.

Peroutka has focused his most recent campaign on opposition to pandemic lockdowns and mandates, though Maryland ended its public restrictions more than a year ago. 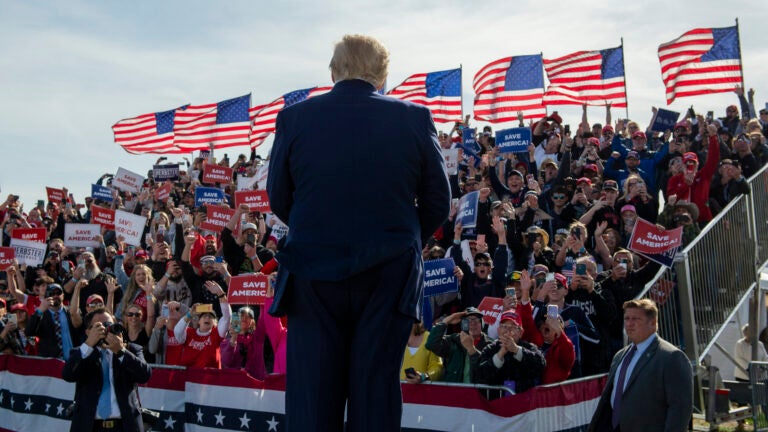