WASHINGTON (AP) — Four people have been critically injured after a lightning strike outside the White House, fire officials said Thursday.

The four victims — two men and two women — were injured in Lafayette Park, located directly outside the White House complex, according to the District of Columbia Fire and Emergency Medical Services Department.

Officers with the Secret Service and U.S. Park Police witnessed the lightning strike and ran over to render first aid, officials said.

Emergency medical crews were called to the scene just before 7 p.m. and transported the victims to the hospital with “critical, life-threatening injures,” fire department spokesman Vito Maggiolo said.

A portion of the park remained closed for more than an hour Thursday evening with emergency crews at the scene. 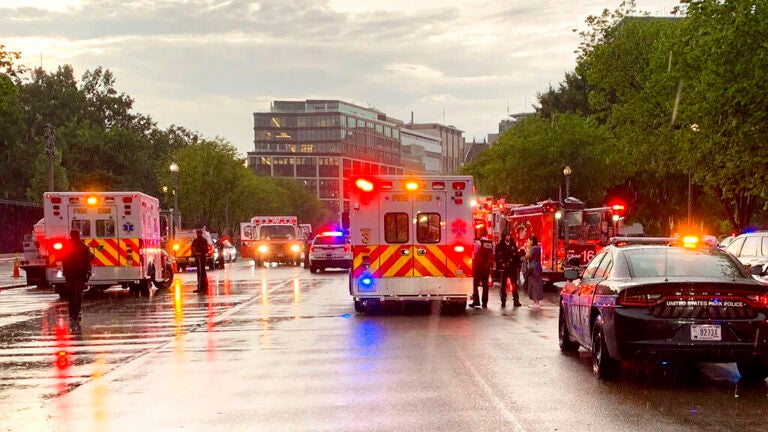