WASHINGTON — A lawyer for plaintiffs who are suing conspiracy theorist Alex Jones on Monday turned over more than two years’ worth of text messages from Jones’ phone to the House committee investigating the Jan. 6 attack on the Capitol, including messages that show Jones was in touch with allies of former President Donald Trump.

But the files do not appear to include text messages from the time most of interest to the committee: the day of Jan. 6, 2021, and the weeks building up to the attack, according to people familiar with the document production.

Although the phone data was retrieved in mid-2021, the most recent message is from mid-2020, according to Mark Bankston, who represents parents suing Jones for defamation for lies he spread about the 2012 shooting at Sandy Hook Elementary School in Newtown, Connecticut. That time period is before Jones became involved in plans to amass a pro-Trump crowd in Washington to march on the Capitol as Trump fought to remain in office despite his defeat at the polls.

The text messages received by the committee Monday — contained in a large file of documents and other information from Jones’ phone — include some that indicate Jones was in touch with Trump allies, a person familiar with the messages said.

Bankston has said they included texts with political operative Roger Stone. Bankston received the phone data from Jones’ lawyers, who had sent it to him mistakenly.

Of the nearly 250 recipients of the texts, most are employees of Jones’ Infowars business and contractors and members of his family, some of whom are involved in his company.

The delivery of the text messages was reported earlier by CNN. In court last week in Texas, Bankston said he planned to turn over the texts to the committee, which had contacted him about obtaining them, unless Judge Maya Guerra Gamble objected. Late on Friday, the judge said she had no objection.

Bankston said at the time that he had heard from “various federal agencies and law enforcement” about the material.

The House committee has been pushing to obtain Jones’ texts for months, saying they could be relevant to understanding his role in helping organize the rally at the Ellipse near the White House that preceded the riot. In November, the panel filed subpoenas to compel Jones’ testimony and communications related to Jan. 6, including his phone records.

The committee also issued a subpoena for the communications of Timothy D. Enlow, who was working as Jones’ bodyguard on Jan. 6.

Jones and Enlow have filed suit in an attempt to block the committee’s subpoenas. Jones eventually appeared before the panel in January and afterward said he invoked his Fifth Amendment right against self-incrimination nearly 100 times.

Even though Jones refused to share information with the committee, he said the committee had already obtained text messages from him.

According to the Jan. 6 committee, Jones helped arrange a donation from Julie Jenkins Fancelli, the heiress to the Publix Super Markets fortune, to provide what he described as “80%” of the funding for the Jan. 6 rally and indicated that White House officials told him that he was to lead a march to the Capitol, where Trump would speak.

Jones and Stone also were among the group of Trump allies meeting in and around, or staying at, the Willard Intercontinental Hotel, which some Trump advisers treated as a war room for their efforts to get members of Congress to object to the Electoral College certification. 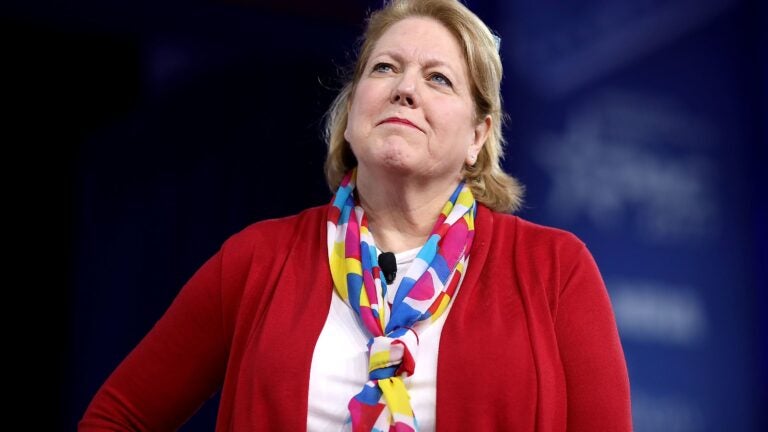