The White House has faced mounting questions about a decision by the Department of Homeland Security inspector general’s office to abandon attempts to recover missing Secret Service texts from Jan. 6, 2021. President Biden, in response, has signaled his intention to stay out of the process as an independent watchdog investigates the inspector general.

But Joseph V. Cuffari and his staff have refused to release certain documents and tried to block interviews, effectively delaying that probe, which has now stretched for more than 15 months and evolved into a wide-ranging inquiry into more than a dozen allegations of misconduct raised by whistleblowers and other sources, according to three people familiar with the case who spoke on the condition of anonymity to discuss an open investigation.

Some Republican senators have also raised stiff resistance to the investigation – which is being overseen by a panel of federal watchdogs from the Council of the Inspectors General on Integrity and Efficiency (CIGIE) – questioning the need for a full probe into the Trump administration appointee.

Led by Sen. Josh Hawley, R-Mo., the senators have demanded that investigators scale back records requests from Cuffari’s office and pressed them on their motives, according to congressional aides and documents.

Cuffari and his staff have complained to the senators of a politically motivated fishing expedition designed to undermine him, according to sources familiar with the investigation and congressional aides. In a written response to questions from House lawmakers last summer, Cuffari said the probe “will destroy” his office. He accused investigators of “undermining my attempts to clean up DHS OIG.”

One person close to the process described a “war of attrition” between Cuffari and the panel known as the Integrity Committee that is overseeing the inquiry, undermining oversight designed to hold inspectors general to the same standards as the federal agency officials they monitor.

“Watchdogs need to be held to the highest standards if they are to be credible,” said Nick Schwellenbach, a senior investigator with the nonprofit Project On Government Oversight, which advocates for a stronger federal watchdog system and last week called on Biden to fire Cuffari. “There’s a pattern of Cuffari resisting the kind of oversight that other federal employees face.”

A spokeswoman for the inspector general community declined to comment. But former watchdogs said they have never seen a colleague under investigation seek partisan allies to defend them to the degree that Cuffari has.

“I’ve never become aware that members of Congress had attempted to insert themselves in any way into an investigation,” recalled Michael Bromwich, a former Justice Department inspector general from 1994 to 1999 who himself came under investigation by the Integrity panel.

“It’s going to give investigators pause,” Bromwich said. “An already slow process will be further delayed by the interest of members of Congress, whose actions will throw sand in the gears.”

In his three years at Homeland Security, Cuffari has repeatedly faced allegations of partisan decision-making in his role as watchdog at the third-largest federal agency. Most recently, he has faced scrutiny over his office’s decision to block his staff from recovering communications among Secret Service agents during the insurrection.

Top House Democrats last week called on Cuffari to recuse himself from their probe of the missing Secret Service communications, a demand he has so far declined to heed. The Washington Post reported last week that an unreleased 2013 report by the Justice Department inspector general found that Cuffari misled investigators and ran “afoul” of ethics regulations while he was in charge of the agency’s field office in Tucson. Cuffari said that he was fully vetted by the FBI, the White House and the Senate during his nomination process.

These missteps have increased pressure on Biden, who pledged during his campaign that he would respect watchdogs’ independence after former president Donald Trump ousted multiple inspectors general.

“The President has been very clear . . . that he believes in the independent role of the inspector generals and that they serve an important function in ensuring accountability for the American people,” White House press secretary Karine Jean-Pierre said. “That still stands. He believes that.”

Traditionally, presidents have been wary of dismissing federal watchdogs, many of whom serve lengthy terms that span administrations. Trump upended that tradition by firing four inspectors general in less than two months.

CIGIE’s investigation into Cuffari was launched early last year by its Integrity Committee, which includes four watchdogs, representatives from the FBI and Office of Government Ethics and a small support staff. The panel sifts through thousands of complaints of alleged wrongdoing by inspectors general each year. Cuffari’s was one of four investigations opened in fiscal 2021, according to CIGIE’s records.

Among the subjects of the Cuffari probe, which is being conducted by investigators from Transportation Department Inspector General Eric Soskin’s office, is whether he retaliated against senior career staff in his office who raised concerns about his qualifications for the job in 2018 and early 2019, according to sources familiar with the investigation. Soskin’s office declined to comment.

Cuffari and these staffers, whom he subsequently fired, had separately pressed the Integrity Committee to investigate each other. Cuffari engaged the WilmerHale law firm to conduct an independent investigation into those staffers’ allegations, paying the firm about $1.4 million. WilmerHale concluded in its report that his detractors attempted to derail his nomination.

Investigators are not examining Cuffari’s handling of the Secret Service text messages – a subject now under review by multiple congressional committees.

It is unclear if Soskin’s staff islooking into allegations of partisan decision-making. Cuffari declined to scrutinize the Secret Service’s handling of the George Floyd protests in Lafayette Square in 2020, the spread of the coronavirus in the agency and the Border Patrol’s treatment of Haitian migrants during an influx in Del Rio, Tex., among other politically sensitive issues.

Throughout the panel’s investigation, Cuffari has objected to allowing witnesses to be interviewed and to handing over some documents to investigators, in some cases claiming attorney-client privilege, according to people familiar with his actions.

Meanwhile, Hawley and other GOP senators have accused leaders in the inspector general community of failing to cooperate with WilmerHale lawyers who sought their testimony. The watchdogs have faced questions about the scope of other investigations by the Integrity Committee and of standard oversight practices.

In a letter to Soskin in March signed by Hawley and GOP Sens. Ron Johnson of Wisconsin, James Lankford of Oklahoma, Mitt Romney of Utah, Rob Portman of Ohio and Chuck Grassley of Iowa, lawmakers accused the inspector general’s staff of seeking “protected whistleblower communications” in the Cuffari probe. The letter, obtained by The Post, said Soskin sought “an extremely broad set of communications and documents” from Cuffari’s office and warned him that he could be interfering with congressional oversight. The senators wrote that “overly broad requests for documents and materials from an inspector general’s office” could divert its attention from its mission to investigate waste, fraud and abuse.

A separate letter Hawley sent to Soskin around the same time, whose contents were described to The Post by a person familiar with it, alleged that Cuffari’s office was being bombarded with document requests that made it difficult for his office to conduct its regular oversight work.

In light of Cuffari’s case, a prominent former watchdog, Glenn Fine, called this week for term limits for inspectors general and for a faster mechanism for investigating those accused of wrongdoing. Fine said a president should have a free hand to fire an inspector general for poor performance, not just misconduct.

In an opinion piece for the Brookings Institution think tank, Fine — who was fired by Trump as acting watchdog at the Department of Defense in 2020 — called on Congress to give the inspector general community a budget to hire its own staff to investigate colleagues accused of misconduct.

“There are a very few [inspectors general] who don’t do a good job,” Fine said in an interview. “If someone is underperforming and not providing effective leadership, there ought to be a way to assess that in a nonpartisan way.”

Under the current system, he said, “a year or more goes by while a president waits for an investigation, and during that time there can be great dysfunction in an office.” 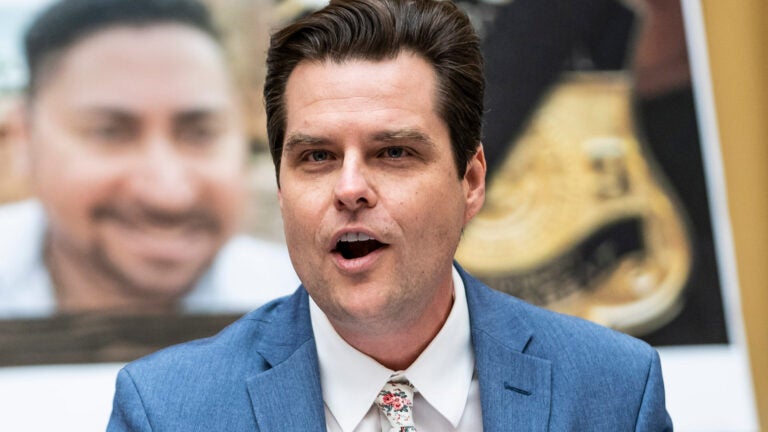