Sen. Lindsey Graham said Sunday that there would be “riots in the street” if former president Donald Trump is prosecuted for taking classified government documents to his private Mar-a-Lago residence after leaving the White House.

Graham, R-S.C., twice made a “riots in the street” remark during an appearance on Fox News’s “Sunday Night in America” as he launched into a broader commentary against what he perceived to be a two-tiered justice system tilted against the former president.

“There is a double standard when it comes to Trump,” Graham said, contrasting the FBI’s search of Mar-a-Lago to the agency’s probe of his political rivals, including Hillary Clinton for her use of a private email server while she was secretary of state, and President Joe Biden’s son Hunter. (Hunter Biden is under investigation for tax liabilities, though Graham and other Republicans regularly say the FBI should probe his overseas business dealings.)

“And I’ll say this: If there is a prosecution of Donald Trump for mishandling classified information after the Clinton debacle . . . there will be riots in the street,” Graham said.

On Monday, White House press secretary Karine Jean-Pierre criticized such “dangerous” comments about violence from “extreme Republicans,” though she did not mention Graham by name.

In response to a question from The Washington Post, Graham spokesman Kevin Bishop described the senator’s comments as “predicting/forecasting what he thinks will happen.”

Richard Haass, president of the Council on Foreign Relations, a nonpartisan think tank, chastised Graham for his remarks on Twitter.

“[Graham’s] prediction that violence may follow any prosecution of the former Potus may not qualify legally as incitement but it is irresponsible all the same as it will be seen by some as a call for violence,” he wrote. “Public officials are obligated to call for the rule of law.”

Threats against the FBI have surged since agents searched Trump’s safe at his South Florida resort Aug. 8. The search led agents to recover a trove of documents, many of which had “among the most sensitive secrets we hold,” people involved in the search told The Post.

The FBI probe is the latest legal pressure on Trump, who now faces growing scrutiny as the criminal probe intensifies. The investigation is looking into whether he or his former aides took classified government documents and improperly stored or never returned them. Trump’s lawyer has argued that the former president cooperated with federal authorities and that many of the documents were covered by executive privilege.

In response, Republicans have accused the agency, without evidence, of carrying out a political vendetta against Trump at Biden’s behest.

Larry Cosme, president of the Federal Law Enforcement Officers Association, told The Post this month that online messages have advocated the killing of FBI agents, and that overheated rhetoric from conservatives has warned that federal officials are “coming for you.”

Days after the document search at Mar-a-Lago, Navy veteran Ricky Shiffer was shot and killed after a police chase and standoff in Ohio, where he had tried to breach an FBI field office. Authorities investigating the case are trying to determine Shiffer’s motive; his name was used on several social media platforms, including Truth Social, that urged a “call to arms” after the FBI searched Mar-a-Lago. 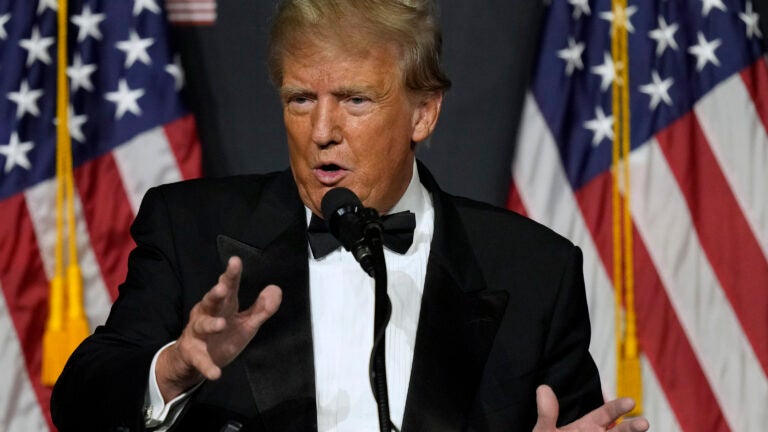