The woman who alleged Suffolk County district attorney candidate Ricardo Arroyo sexually assaulted her while they were both high school students in 2005, but who had kept her silence over the past week as news of the investigation rocked the city’s political scene, has spoken out.

The woman told The Boston Globe Monday evening she initially did not want to speak publicly about what happened.

But after Arroyo, a 34-year-old Boston city councilor, adamantly pushed back against a Globe report that found he was investigated for the alleged assault and another one in 2007, she felt the need to say something, she told the newspaper.

“It makes me feel sick, sick to my stomach,” she told the Globe. “I see so many people continuing to endorse him without finding out more. As the potential DA, women are not going to feel safe calling his office. Their cases won’t get heard. … All those people will be afraid to come forward.”

Arroyo was 18 and 19 years old during the two investigations. He was the sole suspect in both cases but was not charged, according to the Globe.

In the past week, he has denied any wrongdoing and has said he did not even know about the investigations until he was approached by the Globe. A police report from the 2005 case, however, contradicts that, saying investigators spoke with him, his mother, and his attorney at the time, according to the newspaper.

The woman in the case from 2007, via an attorney, recently said Arroyo “never assaulted” her though. Her initial allegations involved her belief that Arroyo may have raped her at a party.

Arroyo has framed the controversy as a political smear campaign spurred by an illegal leak to the media.

“These are serious allegations and, as I said before, they are false,” Arroyo said in a statement to the Globe Tuesday evening.

His opponent in the Sept. 6 primary, Interim District Attorney Kevin Hayden, has denied he, his office, or his campaign illegally leaked the documents to the press.

The news has sparked a few battles on the City Council and has cost Arroyo some endorsements in the race, although some of the largest names in Massachusetts politics had retained their support for Arroyo after the first Globe report last week.

Boston Mayor Michelle Wu had stood by her endorsement of Arroyo, but on Wednesday, following the latest Globe story, rescinded her support, stating that she “can no longer make a public recommendation for a candidate for this office.”

In a similar move, U.S. Sens. Elizabeth Warren and Ed Markey also rescinded their endorsements on Wednesday, saying in a joint statement the “accusations in this case are serious” and citing the Globe report published Tuesday.

The woman from the 2005 case said she stands by what she told police: that Arroyo, who was a good friend of hers at the time, pressured her to perform oral sex, mentally manipulated her, and sent her threats.

She told the Globe she didn’t continue to push the case because it seemed school officials at the John D. O’Bryant School of Mathematics and Science heard the allegations and took action. She did not see Arroyo at school for the rest of that academic year.

“It had been traumatic,” she told the newspaper. “It was easier to finish school and do what I had to do. … I just wanted to finish high school and go to college.”

The woman spoke to the Globe on the condition of anonymity. The newspaper does not identify survivors of alleged sexual assault.

She said Arroyo was verbally and mentally abusive, according to the Globe. She was scared to speak out because she knew Arroyo was part of a prominent political family.

The woman kept the alleged assaults to herself for months until — she thinks — Arroyo hacked into her email account and also sent her threats, the newspaper reports.

Two emails provided to police do not have a sender’s name with them, but both are dated Nov. 2, 2005, the day before police filed an initial report, the Globe reports.

“your a [expletive] undeserving of respect and hopefully you’ll die of your own accord,” one of the emails reads. “watch ur back [expletive] and understand ur mine you WILL NOT make it through this school year.”

Arroyo on Tuesday denied writing or sending the emails, according to the Globe.

“The language in those emails are abhorrent and is nothing I would ever say or have ever said about any individual in written communication or verbally,” he said in a released statement.

He also provided a police department response to a records request he filed in which police wrote they found no “emails from Ricardo Arroyo” to either woman, the Globe reports.

Arroyo told the newspaper he dropped out of school to take care of his mother and her health needs at the time, and that he was never disciplined by the school.

Arroyo told the Globe on Tuesday his attorney has filed for an emergency order in Suffolk Superior Court that, if granted, will allow him to access the files in the two investigations.

He said he believes the files will reveal that the 2005 allegations were unfounded.

“Instead of taking my word, I want the facts to be public and for people to see the determination made by law enforcement at the time,” Arroyo said in the statement to the Globe. “If the Superior Court grants me access to these files I believe they will prove that law enforcement determined these claims were unfounded.”

He also provided the newspaper several responses he received from the police department to records requests he filed.

One response states that the word “unfounded” appears in the files, but provides no information on the context in which the word is used, the Globe reports. 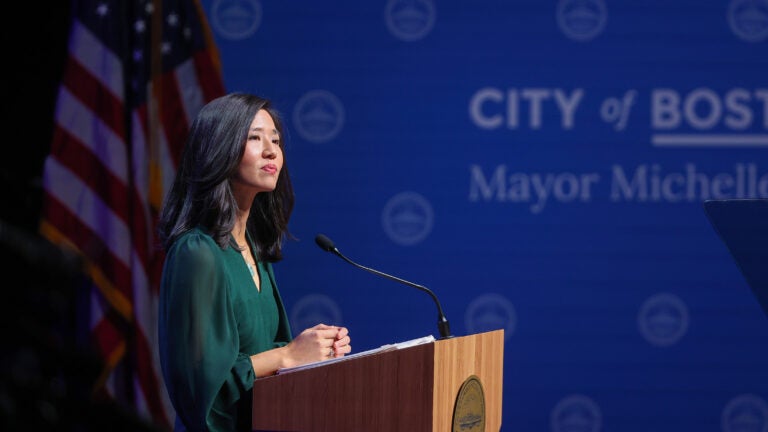