Congressman Seth Moulton is calling for a complete overhaul of the MBTA in the wake of a report released Wednesday by federal officials that found the transit agency has failed to balance critical safety repairs because of its focus on long-term capital projects.

“The combination of overworked staff and aging assets has resulted in the organization being overwhelmed, chronic fatigue for key positions in the agency, lack of resources for training and supervision, and leadership priorities that emphasize meeting capital project demands above passenger operations, preventive maintenance, and even safety,” the report by the Federal Transit Administration reads.

In its review of the beleaguered transit agency, the FTA found that the T has not established adequate structures to identify and analyze safety information properly and that there is a lack of “routine, consistent, and meaningful communication,” among other issues. The report outlines four “special directives” that require 53 separate actions the MBTA must take to address prioritizing safety, worker shortages, safety communication, and policies, among other categories.

Moulton told 7News the report confirms and makes official the frustrations felt by MBTA riders for years — that the T is “a disaster.”

“I don’t see how you can come to any other conclusion after reading this report that we need a lot of people fired at the MBTA,” he told the station.

Moulton has been a vocal critic of the MBTA’s operations, even before the release of the FTA report. Earlier this week, he told the Boston Herald he was “aghast” at the agency’s 30-day maintenance plan for the Orange Line, which necessitated a complete shutdown of rail service.

He likened the work being done to shutting down all of I-93 only to fill potholes and paint lane lines.

“The very basic things they described, like replacing tracks and switches, are things railways have done for a century and a half in their sleep,” he told the newspaper. “I thought they were going to describe rebuilding the track structure from the ground up, replacing entire stations or bridges. They are not doing any of that, they are doing the most basic stuff.”

Following the release of the FTA’s report, Moulton said it is hard to understand why the MBTA continues to fail at the “most basic maintenance measures when our peers across the globe are able to keep their own systems updated and running safely.”

“MBTA needs top-to-bottom changes that affect everything from hiring to vision and culture,” he said. “If we only fix the immediate maintenance and safety concerns, we will be right back here with the same problems in four or five years.”

The congressman said what is needed is a path forward that includes collaboration at the federal, state, and city levels and to “pursue transformative improvements.”

“We now need to see a detailed plan from the MBTA that goes far beyond the necessary catch-up repairs,” Moulton said. “We need a wholesale culture shift at the MBTA.” 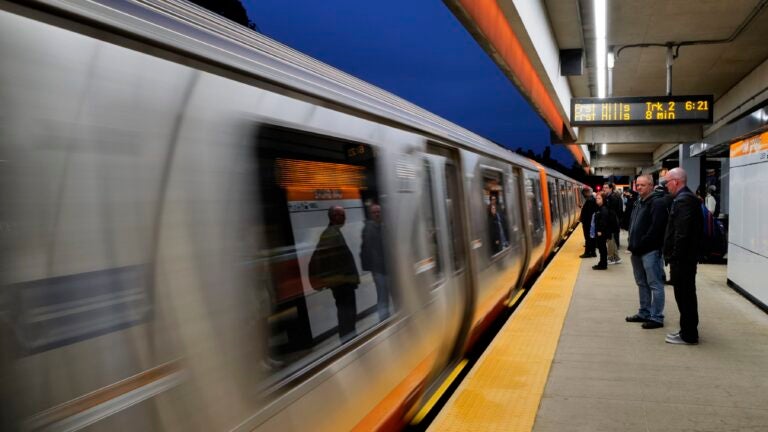 Orange Line delays at their shortest since 2019, data shows