Outside money has poured into New Hampshire heading into Tuesday’s primary, as Republicans eye three opportunities to pick up Democratic-held seats, above all that of Sen. Maggie Hassan, one of her party’s most vulnerable incumbents.

But the leading GOP candidate for Senate, Don Bolduc, is an election denier with a history of outlandish statements. His closest rival, Chuck Morse, the state Senate president, is playing on fears that nominating Bolduc could mean squandering a major opening.

Hassan, a Democrat, narrowly won the seat in 2016. In a 50-50 U.S. Senate, every competitive race has the potential to tip the balance of power.

New Hampshire, Rhode Island and Delaware are all holding primaries Tuesday. It’s not a big night, but it’s the last round of voting before the November midterm elections.

Here are the races to watch.

President Joe Biden carried New Hampshire by 7 percentage points in 2020, and successful statewide Republican politicians have tended to hew to the center, appealing to independents and conservative Democrats. But Bolduc, a retired Army general, has not only embraced Trump’s lie that he won the 2020 presidential election but has also called Gov. Chris Sununu a “Chinese Communist sympathizer” and questioned whether the United States still needs the FBI. (Sununu has called Bolduc a conspiracy theorist.)

Money from super PACs with ties to both Republican and Democratic Senate leadership has flowed in to try to tip the scales, with the Senate Majority PAC, a Democratic group, spending millions to attack Morse, the establishment-backed candidate — a gambit that could aid Bolduc.

Morse, who has the backing of Sununu and establishment Republicans but is trailing Bolduc by double digits in polls, met with Trump at the former president’s New Jersey golf club on Sept. 2, but no endorsement has materialized.

A scramble for House seats

Republicans in New Hampshire are wrangling over the chance to square off against U.S. Reps. Chris Pappas and Ann McLane Kuster, two Democrats whom Republicans see as vulnerable.

Matt Mowers, who worked in the State Department during the Trump administration, and Karoline Leavitt, who worked in the White House communications office, are the leading candidates in a 10-person field in Pappas’ 1st District, which zigzags across much of eastern and southern New Hampshire.

Mowers, who lost to Pappas in 2020, earned the endorsements of House Minority Leader Kevin McCarthy and Minority Whip Steve Scalise. Rep. Elise Stefanik of New York, the third-ranking House Republican, is supporting Leavitt, who once worked for her.

Leavitt and other Republican contenders have portrayed Mowers as an establishment tool and criticized him for voting in 2016 in both the New Jersey and New Hampshire primaries. (He voted in New Jersey before moving to New Hampshire to work on Chris Christie’s presidential campaign.) Mowers has defended himself by channeling Trump, saying he was being attacked because he had planned to “shake up the status quo.”

In New Hampshire’s 2nd District, encompassing the rest of the state, seven Republicans are competing to face Kuster, a longtime adoption lawyer who is seeking her sixth term.

George Hansel, the two-term Republican mayor of the liberal town of Keene, has the endorsement of Sununu. Other contenders include Bob Burns, the former Hillsborough county treasurer, and Lily Tang Williams, who ran for the Senate in Colorado as a Libertarian in 2016.

In Rhode Island, six contenders are vying in the Democratic primary for the seat held by Rep. Jim Langevin, who is retiring after 11 terms. Seth Magaziner, the state’s general treasurer, held a sizable lead in early polling. On the Republican side, Allan Fung, the former mayor of Cranston, is running uncontested.

That’s about it for what constitutes the excitement in Tuesday’s voting.

In the New Hampshire governor’s race, Sununu, who declined to run for the Senate, is considered virtually untouchable in his drive for a fourth term. He faces negligible opposition in his primary and is heavily favored in November against Tom Sherman, a state senator who is uncontested in the Democratic primary for governor.

In Rhode Island, Gov. Dan McKee, the state’s former lieutenant governor, is seeking his first full term after replacing former Gov. Gina Raimondo, who left to serve in the Biden administration as commerce secretary. He faces four challengers in the Democratic primary, including Nellie Gorbea, the Rhode Island secretary of state.

Republican hopes of recapturing the governor’s office rest on Ashley Kalus, a first-time candidate who moved to Rhode Island in 2021, and Jonathan Riccitelli, the owner of a hotel and building maintenance company, whose criminal record — much of it under another name — was reported by The Boston Globe. A college freshman, Zachary Hurwitz, also collected enough signatures to run as an independent.

In Delaware, which has neither a Senate nor a governor’s race this year, the biggest contest is for state auditor, after the incumbent Democrat, Kathy McGuiness, was convicted of official misconduct, conflict of interest, and structuring a contract to avoid a procurement policy, all misdemeanors. In response, the state Democratic Party threw its support behind a challenger, Lydia York, a lawyer and accountant. 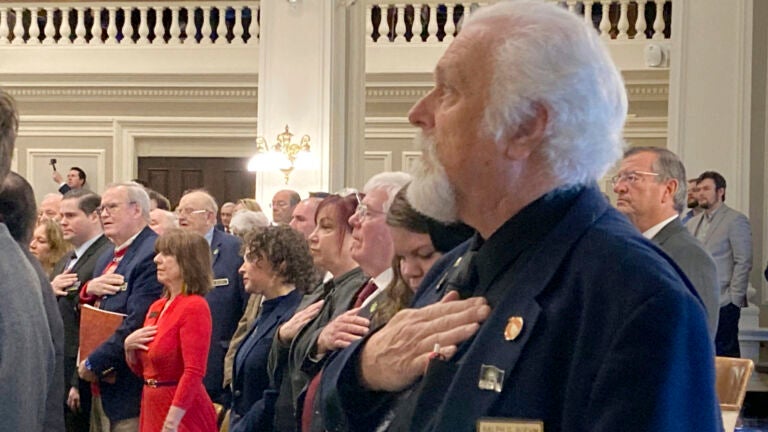