Karoline Leavitt, a 25-year-old hard-right Republican who served as an assistant in President Donald Trump’s White House press office, won her party’s nomination on Tuesday for New Hampshire’s 1st Congressional District, according to The Associated Press.

The race had devolved into a nasty battle with Matt Mowers, a former Trump administration colleague, over who carried the mantle of Trumpism.

“Unfortunately, tonight’s results did not go our way,” Mowers wrote in a concession statement on Twitter at 11:25 p.m.

Leavitt’s upset victory means she will face off in November against Rep. Chris Pappas, a two-term Democratic congressman representing the highly competitive district in the eastern and southern parts of the state. Pappas is one of the most vulnerable Democrats this cycle, with his reelection race considered a tossup.

If she wins, Leavitt could be the youngest person elected to Congress. The Constitution requires House members to be at least 25 years old to serve. Leavitt turned 25 last month.

Leavitt defeated Mowers, 33, a veteran of Trump’s State Department and of his 2016 campaign, who entered the race a year ago as the presumed Republican front-runner and benefited from an infusion of cash from an outside political action committee aligned with Rep. Kevin McCarthy, R-Calif., the minority leader, who is campaigning to become speaker.

The candidates have few discernible differences on policy, and the race ultimately turned less on any ideological divide than on style and tone. It divided the House Republican leadership, exposing lingering rifts inside the party over Trump’s influence.

Leavitt, who adopted Trump’s brash style and taste for inflammatory statements, was backed by a host of hard-right Republicans in Congress, most notably Rep. Elise Stefanik of New York, the No. 3 Republican, who has also styled herself in the former president’s image. In her campaign, Leavitt unequivocally repeated Trump’s lie that the 2020 presidential election was stolen.

Leavitt leaned into the attacks and the money pouring into the district to defeat her, positioning herself as the America First candidate fighting “the swamp” and claiming that if “establishment Republicans” were spending so much to defeat her, then “I must be doing something right.” Tucker Carlson, a Fox News host, also elevated her as the anti-establishment candidate in the race.

Leavitt’s come-from-behind victory was also a win for Stefanik, who harbors ambitions to rise in the party. Her outside group E-Pac, which supports conservative female candidates, spent the legal maximum, $10,000, supporting Leavitt’s campaign. Stefanik also served as an informal adviser to Leavitt, who previously worked as her communications director.

If Republicans win back control of the House of Representatives and Leavitt wins her seat in November, she could be a wild card for McCarthy in the mold of Rep. Marjorie Taylor Greene of Georgia and other hard-right lawmakers who have sometimes proved a thorn in the minority leader’s side.

But Leavitt enters the general election bruised by the bitter primary. Mowers’ campaign operated a website branding her “fake MAGA Karoline.” It accused her of having “never held a real job outside the swamp,” attending private school in Massachusetts and being registered to vote from the “penthouse” apartment where she lived in Washington before moving back to New Hampshire to run for office.

And Leavitt’s brash style may make for an easier target for Democrats in a general election.

“I think she is more beatable because Democrats can portray her as an inexperienced ideologue,” said David Wasserman, an election expert with the Cook Political Report, a nonpartisan newsletter that analyzes elections. 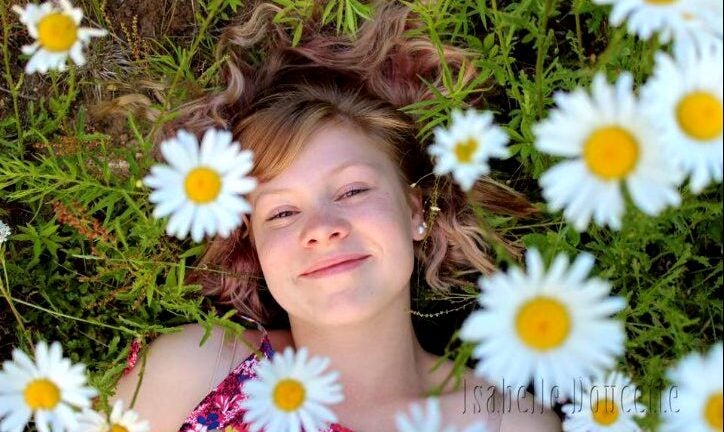 'Full of warmth and generosity': Family speaks out about daughter who was shot to death in N.H.