For thousands of New Hampshire residents and more across the country, the state’s motto of “Live Free or Die” has taken on a new meaning. The granite state is home to the Free State Project. This nonprofit is dedicated to flooding New Hampshire with like-minded libertarians with the ultimate goal of establishing a haven of limited government.

The group’s mission, as stated on its website, is “liberty in your lifetime!” The Free State Project encourages a self-described “mass migration” to New Hampshire so that its members can enact the change they want to see.

“By concentrating our numbers in a single state, we are maximizing our impact as activists, entrepreneurs, community builders, and thought leaders,” the group’s website says. “Those in New Hampshire are reaping the movement’s benefits, both in our freedoms and in our quality of life, but our ultimate goal is to set an example for the rest of the world.”

Although the FSP has been in existence since 2001, its numbers appear to be growing and at least two candidates running for office in New Hampshire this election season are tied to the movement.

These candidates are Jeremy Kauffman and Bruce Fenton. Kauffman is running as a (capital L) Libertarian in the general election for New Hampshire’s Senate Seat. Fenton, a member of the FSP, ran as a Republican in Tuesday’s primary. He came up short, falling well behind Chuck Morse and eventual winner Donald Bolduc.

This is what you need to know about the Free State Project.

What does the FSP believe?

Although FSP members range from self-described radicals to pragmatists, their unifying belief is that people should be allowed to do what they want with limited-to-no interference from the government or other large institutions.

New members are prompted with a two-part pledge:

“I hereby state my solemn intent to move to New Hampshire with the Free State Project.”

“Once there, I will exert the fullest practical effort toward the creation of a society in which the maximum role of government is the protection of individuals’ rights to life, liberty, and property,” the pledge reads.

In a recent interview with The Boston Globe, FSP Board Member Carla Gericke said that the core tenet of the group “is the nonaggression principle, which is an ethical stance that says you cannot force people to do things against their will.”

FSP members apply this thinking to a range of political topics. On the education front, members have successfully pushed for a sweeping expansion of school choice, the Globe reported. This includes a program that gives families an average of about $5,000 per student to spend as they wish, including on homeschooling and online learning. Many FSP members choose to homeschool their children. Gericke told the paper that public schools are broken. Critics of the movement say that it is aggressively attacking state support for public schools.

The group does not support restrictions on firearms or many other weapons. On its website, the FSP advertises to potential members that New Hampshire has some of the least restrictive gun laws in the country. In New Hampshire, no license is required to carry guns in the open or concealed. This is a major benefit of living in the state for FSP members. The site also highlights the fact that New Hampshire is the only state with no laws restricting knife ownership, except for convicted felons.

Although FSP members have run for office as Republicans and their ideas on gun control hew more closely to conservative values, there are issues that the FSP and progressives can sometimes agree on.

For example, the FSP largely supports the legalization of cannabis. A 2017 law decriminalizing possession and a 2013 therapeutic cannabis program are highlighted on the group’s website. In a 2017 post, Gericke wrote that she often saw social media posts by like-minded people complaining that cannabis was not yet legal in New Hampshire. She went on to detail the many legalization attempts in the state, and encouraged people that want to see change like that to move to New Hampshire.

Another progressive principle FSP members support is same-sex marriage. The group emphasizes the fact that New Hampshire was the first state to adopt same-sex union legislation without a challenge to existing law.

How did the FSP begin?

The movement was founded by Jason Sorens in 2001. As a political science graduate student at Yale, Sorens was studying independence movements in other countries when he decided that libertarians in America had to change their thinking and strategies.

In July 2001, he wrote an essay outlining the earliest iteration of the FSP that was published in an online journal called The Libertarian Enterprise. In it, he highlighted the numerous failures by Libertarians to gain traction in national politics, calling it “utterly delusional” to think that Libertarians would eventually be able to control the three branches of government and enact the changes they believe in.

Instead, Sorens offered a new plan.

“What I propose is a Free State Project, in which freedom-minded people of all stripes (libertarians, anarcho-capitalists, pacifists, even people who just call themselves liberals or conservatives – the only requirement is that you pledge that you will work to reducing government to the minimal functions of protecting life, liberty, and property), establish residence in a small state and take over the state government,” he wrote.

More than 200 readers responded to Sorens after he published the piece, leading him to write a follow-up with clarifications and revisions. By September 2001, according to Sorens, the group had a website, logo, and “Statement of Intent.” The FSP adopted a porcupine as their mascot and logo, ostensibly because it is harmless until provoked.

FSP members gathered 5,000 signatures and, in the summer of 2003, decided it was finally time to choose which small state would be the best location for their movement. A ballot of ten states was created, and about 2,500 people cast their vote, according to Sorens. In the end, New Hampshire was the clear winner.

New Hampshire and its politics

The idea of mass migration is at the heart of the FSP, and much of the group’s website is dedicated to advertising the benefits that come with living in New Hampshire.

The state’s natural beauty, education system, health metrics, and lack of certain taxes are all touted by the group.

The FSP also praises New Hampshire for its political climate. With a large state legislature, the FSP is drawn to a high “ratio of representation and easy access to politics.” The state has voting districts that are easy to canvass, and many local nonpartisan elections, according to the FSP.

Many FSP members are involved with the New Hampshire Liberty Alliance (NHLA), described by the FSP as “a non-partisan coalition working to increase personal freedom through education, political action, and charity.”

New Hampshire legislators are given sheets with voting recommendations by the NHLA before they enter the chamber, according to the Globe, and are then graded by the group on the positions they take. Republicans tend to fare better than their Democratic counterparts.

Of the House’s 213-member Republican caucus, 195 members received A or B grades from the NHLA, according to the Globe. Of the 177 Democrats, 18 garnered a D grade, 24 got an F, and the other 135 were labeled as being a “constitutional threat.”

The political power gathered by FSP members has alarmed both parties.

“They now control essentially the Republican Party in the House,” said Democratic state senator Tom Sherman at a recent picnic in Croydon, the Globe reported.

Republican representative Brodie Deshaies criticized the group and what he said is its lack of transparency in an interview with the paper.

“Are they for you, are they going after you, or are they staying out of the race?” he said. “I never know where they’re going, and I’m unsure if they even know.”

The FSP has influenced small-town politics as well. The most notable recent example came in Croydon, a town with a population of 800. At an annual town meeting with low attendance, an FSP member and town select board member surprised those present with a motion to cut the school budget by more than half. He argued that spending was rising while student achievement was not, and questioned how valuable activities like sports and music education were for students, The New York Times reported. Due to the meeting’s low turnout, the motion passed 20 to 14.

This shocked the small town, and spurred the creation of a grassroots movement dubbed “We Stand Up for Croydon.” The group successfully forced another public meeting where the budget was restored by a vote of 377 to 2, according to the Times.

The topic of seceding from the U.S. is a thorny one that has been tied to the FSP since its creation. In Sorens’ original essay, he argued for secession, or at least the threat of it.

“Even if we don’t actually secede, we can force the federal government to compromise with us and grant us substantial liberties,” he wrote.

Many early FSP supporters locked onto the idea of secession, NHPR reported. But Sorens backed away from this concept, and the idea to use it as a form of leverage. His essay now contains a disclaimer at the top that said it “overemphasizes the possibility of secession.” This idea has not played a role in the FSP philosophy moving forward, Sorens wrote on the group’s website.

But not all members of the group have let secession fall by the wayside. This year, a Free State legislator sponsored a bill that would create a constitutional amendment to allow New Hampshire to secede, according to the Globe. Sorens estimates that as many as 40 percent of the FSP still favor secession, he recently told the paper. 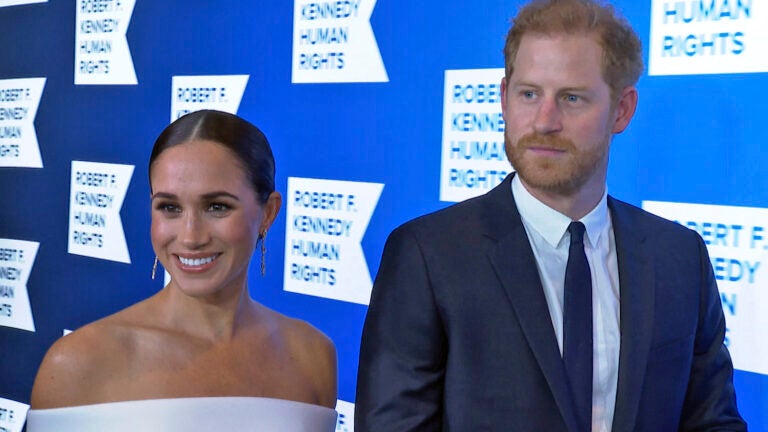 The first three episodes of 'Harry & Meghan' are out on Netflix. Here's what to know.