On Wednesday afternoon, two charter planes carrying between 40 and 50 Venezuelan migrants touched down at Martha’s Vineyard Airport, surprising local officials and catapulting the island into the middle of a national debate regarding the treatment of migrants by Republican governors.

Now California Gov. Gavin Newsom, a Democrat, has entered the fray. Newsom called on the Department of Justice and Attorney General Merrick Garland Thursday to investigate whether or not the movement of these migrants violated federal law.

“Like millions of Americans, I have been horrified at the images of migrants being shipped on buses and planes across the country to be used as political props,” Newsom wrote in a letter to Garland. “Clearly, transporting families, including children, across state lines under false pretenses is morally reprehensible, but it may also be illegal.”

Multiple members of the group flown to Martha’s Vineyard alleged that a recruiter “induced” them to accept an offer of transportation. This was done under false claims that they would be brought to Boston and given expedited access to work authorization, Newsom wrote.

Florida Gov. Ron DeSantis, a Republican, took credit for sending the planes as part of the state’s relocation program “to transport illegal immigrants to sanctuary destinations,” a representative from his office told Fox News.

Massachusetts state Senator Julian Cyr said that at least one of the flights began in San Antonio before stopping in Florida and heading to Massachusetts, according to The Boston Globe.

Since interstate travel is involved, Newsom wrote, federal jurisdiction over the matter is warranted. He asked the DOJ to investigate whether or not “the alleged fraudulent inducement would support charges of kidnapping under relevant state laws.” This could then serve as a predicate offense for charges under the Organized Crime Control Act of 1970.

Newsom also urged the DOJ to investigate whether or not these people were targeted based on their national origin, potentially violating their right to equal protection under the law.

“Additionally, based on the allegations, the recruiters targeted the individuals based on their national origin, and the intent appears to have been to humiliate and dehumanize them,” he wrote. 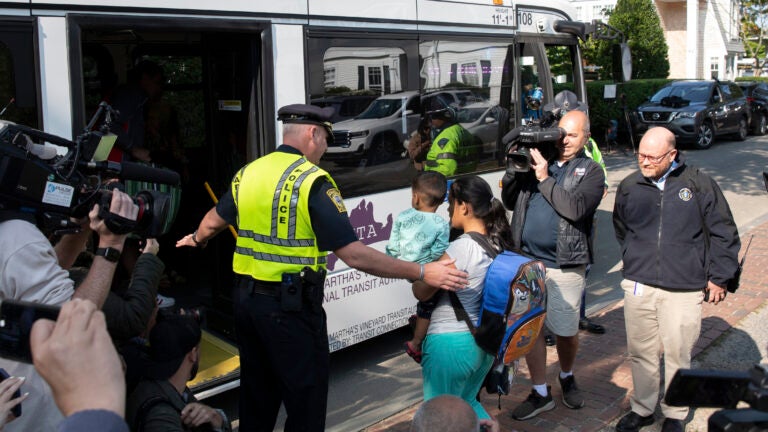